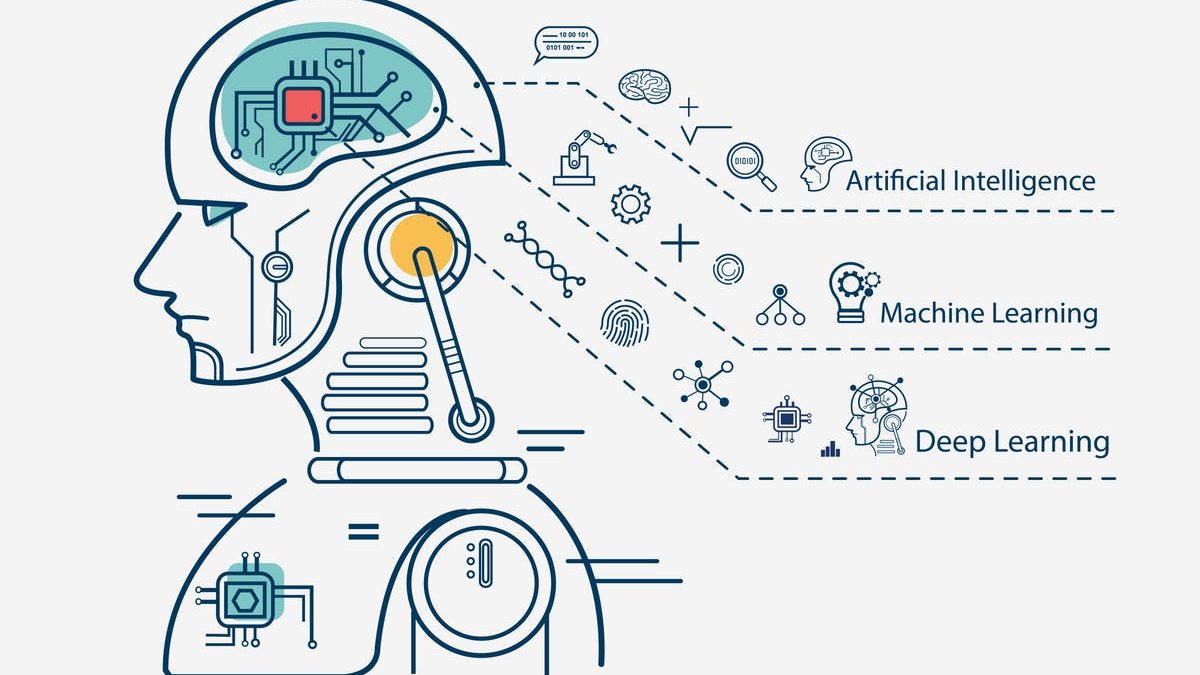 Robots may replace about 800 million jobs globally in the future, making about 30% of all occupations irrelevant. Also, only 7% of businesses don’t use AI currently but are looking into it. Stats like these scramble people’s heads and make them believe that robots and AI are one and the same, which has never been the case. Instead, businesses and governments use robotics-based applications that can be described as a convergence of AI and robots. Unlike what is shown in most dystopian sci-fi movies or books, not all robots are intelligent. Artificially intelligent robots, a combined application of AI and standard automation robots, are just one of the several types of robots. Such robots use AI algorithms and models to execute more than just a repetitive series of movements and increase their autonomy—but more on that later. AI robots are highly sought-after resources today with several applications—either on their own or in combination with other technologies.

There are several differentiating factors between AI and robotics, but the three enlisted here enable people to clearly understand them.

The basic definition of AI revolves around enabling machines to make complex decisions autonomously. The hardware and software tools based on AI can solve complex real-world problems by analyzing vast quantities of data and finding patterns not visible to humans in it. Machine learning and reinforcement learning fine-tune the analytical capabilities of such applications over time. Therefore, AI-based applications possess a limitless capability of becoming better at the tasks they perform.

For example, consider an app like TikTok. Like most social media applications, TikTok also uses a “social graph” to provide recommendations to users based on the pages they follow and the videos they like. TikTok’s machine learning algorithms go one step further than other social media apps by also using an “interest graph”—using video viewing duration numbers to provide suggestions to users. These suggestions will include creators and videos that bear similarities to the ones watched by users for the longest duration. For instance, if a user continues watching a cat video for, say, more than 20 seconds, TikTok’s algorithms will direct more videos on cats, other feline creatures and other animals towards their personalized video feed to eventually get them addicted to the app. As TikTok videos generally last less than a minute, they can collect massive amounts of data and accomplish peak personalization faster than other social media applications.

This is how AI works—using various kinds of data as reference to improve its working over a period of time. As stated earlier, the bigger the dataset, the better an AI-based tool will perform in terms of operational speed and accuracy.

In simple words, robotics can be defined as a technological branch that deals with the design, development and construction of robots. These machines are programmable and interact with other devices or humans through actuators and data collection sensors. Robots can be used to perform autonomous or semi-autonomous tasks. Certain robots—such as telerobots—are entirely non-autonomous as their functioning needs to be controlled via human operators. As you can see, rule-based robots do not “think” and make decisions.

Both robots and AI enable businesses to build towards a common goal—AI-driven automation.

2)  AI and Robotics: Differences in Degree of Automation

People at the topmost positions in organizations need to be aware of the kind of technology they need for their business operations. The ones who are not technologically savvy may be unable to tell the difference between automation and robotics.

Plain automation involves the use of software, devices, sensors or other technologies in combination to execute tasks that would normally be done by an individual or a group of workers. The complexity of the device combination depends on the type of operation that is being automated. Automation can be of two kinds—software automation and industrial automation.

Software automation can include Graphic User Interface automation used to test computer programs. This type of software automation is used to record the actions of a user while they interact with a GUI and is useful to make changes to the underlying software of an application.

While robotics also dabbles with automation, it also combines with other fields—mechanical engineering, computer science as well as, in many cases, AI. AI-driven robots can perform functions and tasks expected of them autonomously with machine learning algorithms. AI robots can be explained better as intelligent automation applications in which robotics provides the body while AI supplies the brain. Industrial automation, AI and robotics also involve other technologies such as computer vision and NLP. As a result, AI robots can perform several tasks without human intervention, such as spotting an object on the floor of a warehouse and placing it where it should be.

Although standard automation robots are used for several kinds of business tasks already, the robots which autonomously operate with AI algorithms will optimize the future of organizational operations.

3)  AI and Robotics: Differences in Adaptability

AI brings robotics into new territories, such as the concept of self-aware robots. Normally, robots are just machines made out of metal, sensors, cables and several electronics. So, they do not possess the “sixth sense” which humans possess when someone approaches them. The combination of AI and robotics, machine learning and sensory tech enables the creation of situationally aware robots that can “sense” the presence of humans around. Such robots possess the sense of smell, spatial proximity and responsiveness to stimuli. AI also is useful to make robots nearly as dexterous as humans. AI also allows robotics developers to create concepts such as Sophia, one of the world’s most renowned social robots. Apart from autonomous thinking, decision-making and mobility, Sophia also possesses abilities to determine the emotions of people and engage with individuals in interactive, human-like conversations.

Robots exist to take over the tasks that a human shouldn’t have to do. Generally, robots work within strict guidelines to automate tasks and enable humans to focus on the tasks that require intelligence. In other words, standard automation robots do not need to “learn” or make decisions or analyze data while they’re being designed, developed, manufactured or while they perform tasks for which they’re built. Accordingly, the use cases of robots are limited to tasks such as cleaning, carrying packages from one place to another, lawn mowing and similar others.

AI, on the other hand, is all about humanizing technology as much as possible. AI models are integral in CRM, personal assistants and ERP systems. These tasks are highly complex and require accurate data assessment and decision-making capabilities. Also, decisions need to be made considering a wide range of factors and thousands of terabytes of data. For example, an AI-based procurement management system will evaluate factors such as past material purchase records, operational hours of vendors, the time taken for materials to arrive from each vendor-route combination and other factors. The models used in such a system keep “learning” and improving continuously with time. So, their decision-making and data analysis improve just like humans improve with experience. The combination of AI and robotics capitalizes on the automation aspect of robots and the learning and cognitive aspects of AI models.

AI and robotics form a formidable combination for businesses, smart cities and other areas. AI enables robotic automation to keep improving and performing difficult business operations without a hint of error.

The Future of AI: Transportable AI Models
Can AI Disrupt Support and Operations as It Has the Consumer Industry?
Transformation Without Technology
Tags #2_Transformation
Healthtech, Trends / Bonus

3 Ways Samsung Is Future-Proofing Its Business

The Next Great Frontier: Automating Data and Application Deployments

How Disruption Leads to Innovation: Driving Digital Transformation for Your Business | SevenTablets, Inc.