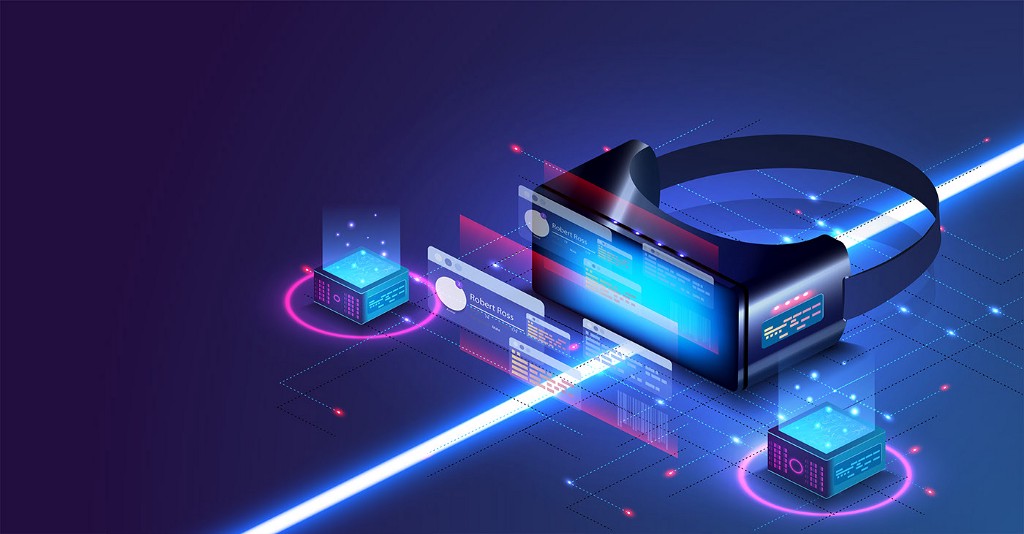 Virtual Reality and Augmented Reality (VR and AR) have had a noticeable presence in the news lately. With the world reeling from COVID-19, changes to consumer experience across numerous industries, from live sports and entertainment to education, are inevitable. New applications in VR/AR are continuously being realized, in ways not previously imagined. For example, Chinese technology company Easpeed developed “no-touch” hologram buttons for elevators, to avoid having to touch surfaces and lowering the risk of spreading COVID-19. Apple seems to be cornering the popular entertainment industry, with the acquisition of NextVR, as industry rivals such as Magic Leap focus on enterprise solutions. With the Starboard UI and Apple Glasses release anticipated for Q4 2020/Q1 2021, the world is eagerly awaiting the next generation of extended reality (XR) standards.

As quarantine and social distancing continue to be in effect, here are 5 ways to break into the VR and AR space at home.

1. How to use subtle AR filters to survive your Zoom meetings?

3. Augmented reality (AR) is the future of Restaurant Menu?

You can get started experimenting with augmented reality with just your smartphone. Both OS X and Android platforms have 3D scanning features that anyone can play with. Although this is relatively old news, the overall quality has improved significantly since it was launched — even impressing PATIO team members. Scans can be exported for use in CAD and other environments if you want to take things further.

If you’re using a Galaxy Note, the scanner is available as a native app. For iPhone users, Capture is the iPhone native app. Scandy is another great 3rd part app available on iOS and Android as well.

Bonus Tip: We recommend using OS X to scan faces and Android for object manipulation for the best results.

#2: Augmented Reality in a Browser

We’ve seen AR experiences become increasingly popular in our daily lives, from Snapchat filters to at-home retail try-on applications. Mozilla has recently released the 2.0 version of its WebXR Viewer application — one of the biggest updates being iOS capabilities. That being said, you can now download WebXR Viewer on iPhone or iPad and experience simple to complex web-based AR experiences on your mobile device — the first browser that offers AR on mobile. Mozilla has a bunch of resources on its developer sites to test out — source code is also provided as support for developers to make their own AR tools.

The most essential part of a virtual reality kit is the headset, and they range heavily in price. You probably have heard of well-known models such as the Oculus Go, Oculus Rift, Playstation VR, and HTC VIVE — these are relatively pricey, starting at ~$200 CAD and going up to $1000 CAD. For those looking for more low-cost options for themselves or the kids, there are headsets available for $10-$100 that are compatible with your smartphone. For example, the Google Cardboard headset is only $20 !!!

However, if you’re not looking to spend any money, there are numerous tutorials out there that only require common household items (cardboard, glue, plastic water bottles) — Google has a cardboard cutout template that you can follow at https://arvr.google.com/intl/en_ca/cardboard/manufacturers/

Pro Tip: when making homemade lenses seal two pieces of plastic to create a biconvex shape with glue and use a needle syringe to fill it with water until there are no bubbles left! #craftcorner

Want to learn how to develop VR and AR applications? Unity 3D is probably the most common software used for developing VR/AR applications — you can find numerous free resources and tutorials to get started online. Another industry standard is Unreal Engine, however, it is widely considered to have a steeper learning curve than Unity. Other software include WebVR (as mentioned above, has developer options) for web browser applications, and Cardboard SDK (Google) for iOS and Android applications. By the way, all these softwares are free of charge!

If you’re feeling lost, the best way to learn and improve is just to create, create, create! While watching informational videos and reading material helps with understanding fundamentals of the software and common practices, nothing is more effective than working with the software itself. Follow tutorials, pursue your own personal projects, and keep learning along the way.

For those that have a VR headset lying around, here are cool experiences we’ve found that are worth spending some time exploring:

Virtual Speech lets you practice your public speaking and presentation skills in front of a virtual crowd — with sounds and mannerisms of a real audience. The app also gives you a score for verbal and non-verbal communication to track your improvements.

SteamVR has a huge collection of free and paid virtual reality games and apps that work with a plethora of headsets.

Google Expeditions and Google Earth VR offer VR tours of some of the greatest expeditions available on this planet, from Mount Everest of the Himalayas to Teotihuacan of the Aztecs.

MeetinVR makes it possible for teams to host interactive meetings in VR! Take collaboration to a new level with the immersive experience that MeetinVR offers — with tools at hand like whiteboard interaction, movie viewings, and keynote speech rooms. A key feature of MeetinVR to optimize interactions is what they call “superpowers”. You can customize meeting rooms for different scenarios, change background landscapes to your favourite views, or even log sticky notes with your voice. MeetinVR offers a 30 day free trial for up to 20 users — try it out for your next virtual gathering of friends, family reunion, or corporate meeting!

Not all members have VR headsets in your group? Spatial is an application that offers similar functionality, but also offers a 2D option to join with a webcam.

5 Ways to Break into Virtual Reality and Augmented Reality at Home was originally published in AR/VR Journey: Augmented & Virtual Reality Magazine on Medium, where people are continuing the conversation by highlighting and responding to this story.

How To Stop Overthinking And Get More Done

What It Means To Lead With Grace

The future of the internet: will we ever cease to be a commodity?

Chatbot use surges amid pandemic as digital transformation accelerates – TechRepublic

How selfies can make us all safer
Mental Handwriting Produces Brain Activity Turned Into Text
Internet of Things (IoT) in Smart Cities Market Analysis, Reliability And Innovations in Technology,...