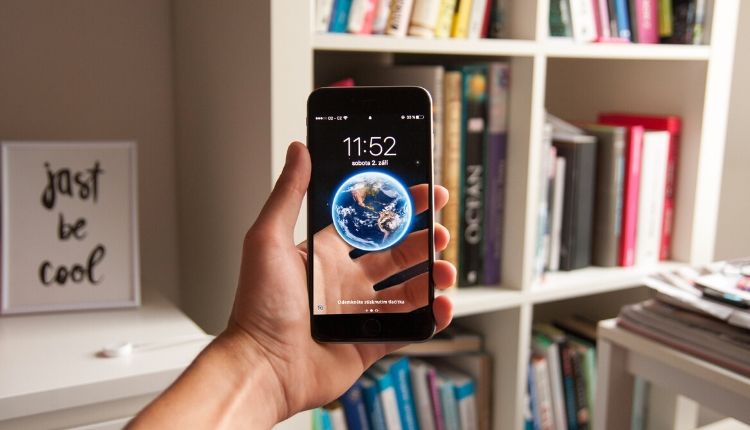 Before we begin with surprising statistics on Augmented Reality, here is a statistic you should know: The AR (Augmented Reality) market is set to grow into an 18 billion U.S dollars valuation by 2023! This shouldn’t come as a surprise since AR has seen multiple successful applications for businesses when dealing with customer expectations.

AR will definitely see more use cases in daily activities apart from entertainment and advertising. The Gatwick airport app allows passengers to see the airport map through AR maps, Ikea’s Place App lets you scan the room and then decide to fix furniture according to space, Accuvein helps scan veins of a patient, and so on. AR technology will soon be transforming the world as we see it.

Here are 7 Augmented Reality Statistics Every Business Should Know:

As of 2019, the health and social services industry were able to augment 35% of their work time using XR technology. The business services industry was only able to manage 16% shockingly. The opportunity of this technology was more strongly felt in sectors such as healthcare, manufacturing, and construction. Given the current pandemic, any boost for healthcare is a big win!

#2 In media and entertainment, what AR experiences were most accepted by consumers?

Music and concerts were considered areas where immersive augmented reality would bring most value to consumers. The survey was conducted across the world in 2019 and 55 percent highlighted these two areas. Sports and movies was next with around 50% voting in favour of them.

#3 What is stopping businesses from integrating AR/VR technology or Mixed Reality?

A lack of understanding and identification of the advantages of Virtual Reality (VR), Augmented Reality (AR) and Mixed Reality (MR) is a major drawback in businesses integrating these technologies with their companies. The runner up statistic showed that the lack of proof on ROI (Return on Investment) is the second reason they are not integrating. Data shows 58.3 percent stating the first reason and 54.2 % stating the next one.

The latest data suggests that Virtual Reality and Augmented Reality hardware unit shipments are estimated to be around 25.3 million units in 2024! AR shipments by themselves are predicted to reach 24 million units! Hence, the future is going to be kind to the AR market.

#5 How many AR users will there be worldwide?

Mobile augmented reality is going to become very popular in the next 2-3 years and the data suggests that by 2023 there will be 2.4 billion mobile AR users across the world! There were 2 million in 2015, so this jump would be of 2.2 billion! By 2021, the world will be at 1.96 billion users with US reaching 85 million users on its own.

#6 What is the largest funding received by an Augmented Reality startup?

$542 million amount of funding was achieved by an AR startup called Magic Leap. Just like its name, the funding leap was made possible by contributors such as Google, Kleiner Perkins Caufield & Byers, and Andreessen Horowitz. So, not just large companies, but AR startups can also scale big with a good idea!

#7 Which areas of business use XR technology?

The statistics are quite varied for this one. The data suggests that Virtual reality (VR) was majorly used by prototyping and product design departments. 96.3 % surveyors worldwide pointed towards this area in a business where there has been XR use. 46.3% said that a mix of these technologies (AR and VR)  was used in businesses.

Augmented Reality capabilities are now brimming at the surface and the only drawback is identifying its potential for multiple use cases. As big tech giants have already immersed themselves into researching this technology, even startups are catching up. In the tech space, identifying the potential of a new technology before others is the biggest advantage!

If you have an interesting article / experience / case study to share, please get in touch with us at [email protected]

The Rise of the AI Scientists
Business And The Economy: A Dashboard More Important Than A Forecast
Why digital transformation should be your new demand gen strategy - WhatsHotNowWhatsHotNow
Tags #1_Trends_Bonus #2_Transformation
Healthtech

Why 2022 is only the beginning for AI regulation

Mapping the metaverse: 4 critical concepts business leaders must focus on

A checklist for digital transformation success