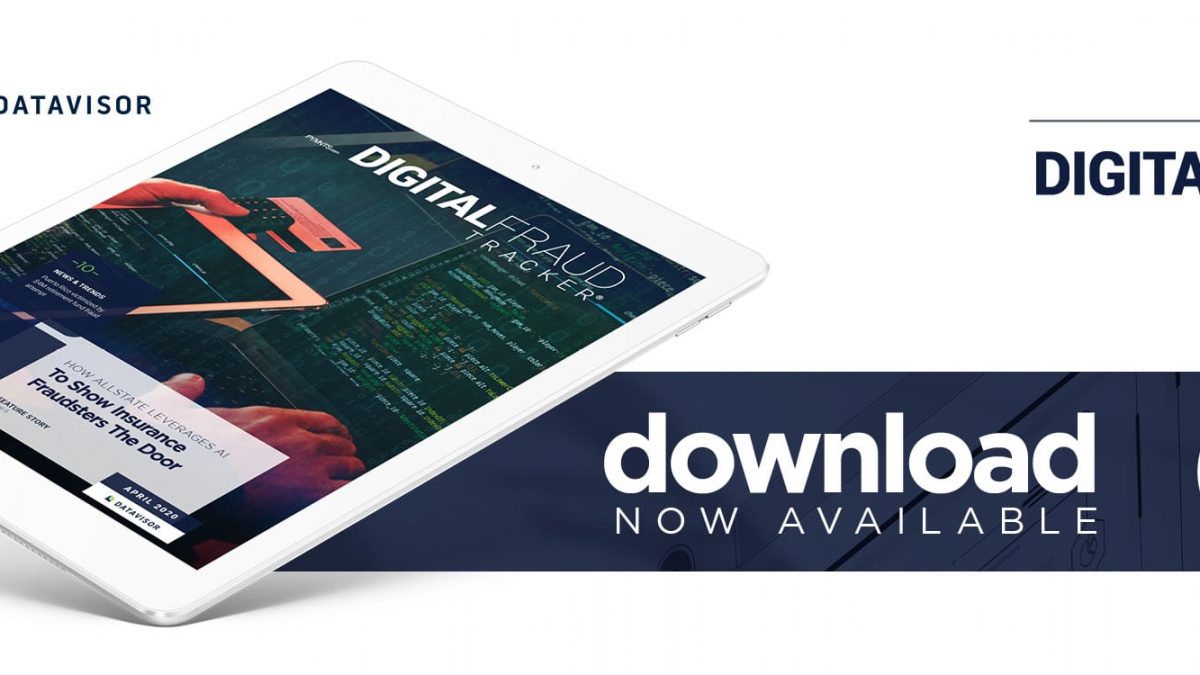 Cybersecurity experts are scrambling to fight the sheer number of different digital fraud forms that are on the rise, and the ongoing COVID-19 pandemic has only exacerbated this problem. Approximately 22 percent of U.S. consumers have been targeted by fraud attempts related to the virus, such as phishing emails claiming to be guidance on how to avoid infection that actually contain malware. This particular scheme affected more than 2,500 computers in a single day, with victims hailing from the Czech Republic, Germany, Malaysia, Portugal and Spain. COVID-19 fraud may be new, but it is just the latest iteration of a problem that has been plaguing businesses and consumers for years.

The April edition of the Digital Fraud Tracker® explores recent developments, including a cyberattack on the Department of Health and Human Services, an exploration on how insurance fraud increases premiums for innocent customers and how insurance providers can leverage artificial intelligence (AI) and machine learning to keep its customers safe.

Developments From Around The World Of Digital Fraud

COVID-19-related digital fraud is not only impacting individuals, but also the very agencies tasked with fighting the pandemic. A recent cyberattack targeting the U.S. Department of Health and Human Services (HHS) attempted to undermine its outbreak response efforts by overloading its website with fraudulent traffic. HHS said that the attack was largely unsuccessful in its objective, however, as their servers were not impacted and business continued as usual. Government authorities suspect that a foreign nation was the perpetrator, but have not revealed a motive.

Fighting digital fraud on an individual level, as opposed to government agencies, is an entirely different animal, involving individual users’ attitudes toward balancing cybersecurity and convenience. A recent study found that while 69 percent of digital payment app users had concerns about these platforms’ cybersecurity protocols, 79 percent nonetheless used them on a regular basis. The primary reason for this continued use was convenience, cited by 54 percent of users. This means that fraud prevention measures will need to be as seamless as possible to protect users without burdening them with extra security steps.

AI-based cybersecurity systems could be the answer to balancing security and seamlessness, but fraud prevention experts are raising questions about their effectiveness. A new survey has revealed that 60

percent of such professionals trust their own intuition, creativity and previous experience over AI-based solutions. This is not to say that AI does not have its advantages, however: 40 percent of cybersecurity experts reported that it reduces their stress levels and 60 percent said it improved their fraud prevention capabilities.

For more on these and other digital fraud news items, download this month’s Tracker.

Fraud is a constant battle in the insurance industry, and new digital means have made it easier than ever to automate false claims and submit them en masse. Strictly manual systems are being overwhelmed by the sheer volume of claims to analyze and flag, meaning that insurance companies like Allstate are increasingly turning to AI-based systems to automate this process. In this month’s Feature Story, PYMNTS speaks with Greg Firestone, Allstate’s vice president of data science, about how the company’s fraud prevention system finds and flags suspicious claims, and why adjusters’ intuition is going to play a reduced role as the industry moves forward.

Deep Dive: How AI Can Counter The Many Vectors Of Insurance Fraud

Other insurance companies are also facing fraud threats, with the health insurance industry alone losing $68 billion in false claims on an annual basis. Insurance customers are also feeling the sting of these losses, as companies are passing on the costs to them in the form of increased premium rates. The month’s Deep Dive examines the immense variety of forms that insurance fraud can take, and how new AI-based solutions can examine thousands of applications at once to identify signs of foul play.

The monthly Digital Fraud Tracker®, a DataVisor collaboration, offers coverage of the most recent news and trends in the fraud prevention space.

The benefits of microservices in insurance
Artificial Intelligence: 3 benefits for the insurance industry
‘Uncertainty Is the Only Certainty’ When it Comes to Pandemic Modeling
Tags #3_Insurance
Digital Transformation

Novartis to test hydroxychloroquine for coronavirus

[Thesis] Insurers will not disappear but… change drastically! (1/3, Distribution)

Transformation of the Insurance Industry by AI

Product factories: the insurance success story
Titletech? How insurtechs can change title insurance
These Trends and Technologies Could Reshape the Insurance Industry