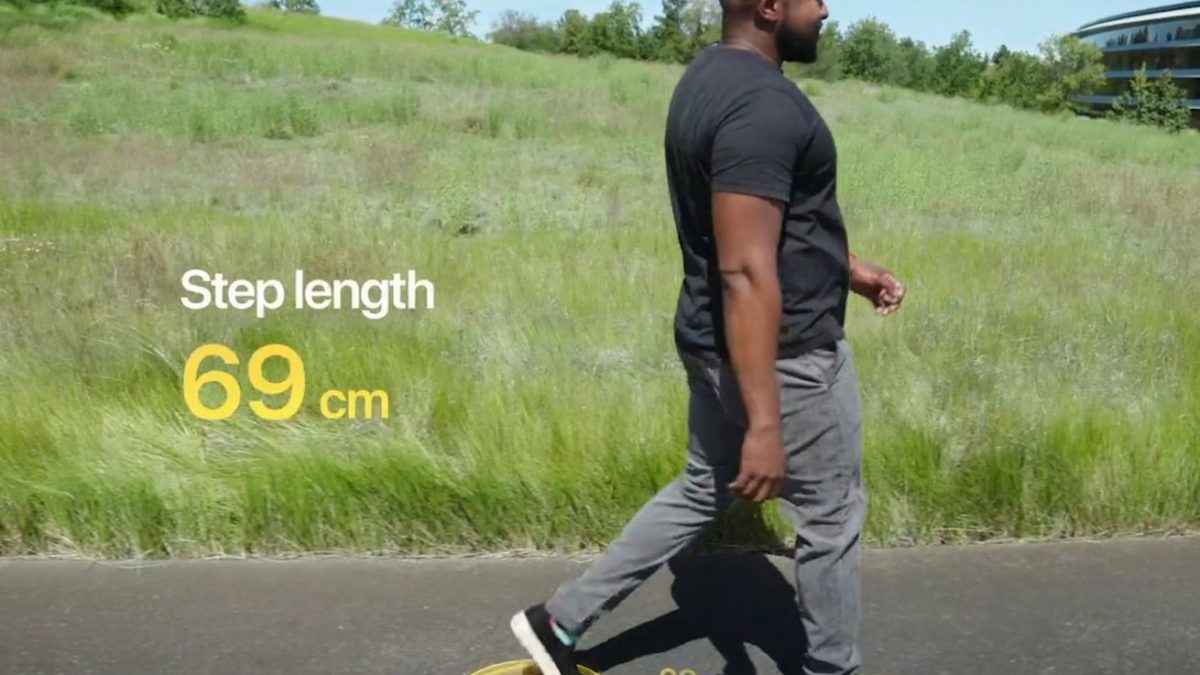 Apple’s new health features will be available for anyone with an iPhone. But two of the tools announced at WWDC 2021, walking steadiness and the ability to share health data with family members, could be particularly useful for older adults.

People who work with older adults are excited that a company like Apple is interested in tech that could be used for this group. Experts have spent years frustrated that companies don’t design products to meet the needs of that demographic. There have been a few attempts to introduce new tools, but none got much traction, says Richard Schulz, a social psychologist studying aging at the University of Pittsburgh.

“I think the reason is that the big boys — companies like Apple — never got into it,” Schulz says. The new features are a signal that the tide is starting to turn. “Apple getting into this is a big deal.”

The first feature, the walking steadiness indicator, targets a major issue for older adults: falling. Falls are the leading cause of accidents, injury, and death for seniors in the US, and they’re responsible for billions in healthcare costs each year. Researchers have been studying falls — and trying to figure out ways to prevent them — for decades, says ‪Jacob Sosnoff‬, who studies mobility in the department of physical therapy and rehabilitation science at the University of Kansas Medical Center.

“We can do a really good job in the lab measuring walking impairment and making predictions and recommendations, but we’re not very good in the real world,” Sosnoff says.

Apple’s new walking steadiness feature aims to track people as they move through their daily lives. It uses metrics like walking speed, step length, and the time both feet are in contact with the ground to monitor how stable a user is. It can only be measured on the iPhone, not an Apple Watch, because some of the metrics have to be calculated from as close to the hip as possible, Apple says — so in a pocket or a bag works best.

Apple Watch already has a fall detection feature that can prompt users to call emergency services or automatically make a call if the user is immobile for around a minute. The new iPhone capability focuses on prediction, rather than response: it can tell people if they’re walking steadily and issue an alert if it thinks they’re at an increased risk of falling. Apple says the system is based on data collected during a clinical study that included over 100,000 participants of all ages.

“Having people be aware of their fall risk is important”

There are no major commercial products that track the quality of people’s movement, Sosnoff says. Until now, most movement trackers have focused on how much people moved. “That’s why there’s a lot of excitement about this,” he says. “Having people be aware of their fall risk is important.”

But there’s also a downside to telling people that they might fall — fear of falling is linked to actually experiencing a fall. If alerts increase that fear, people might limit their physical activity or even stop leaving the house as much, says Clara Berridge, a professor at the University of Washington who studies healthcare technology in aging populations. “That will likely contribute to their actual risk of falling, because they’re decreasing their strength and activity,” she says.

It’s a fine balance, Sosnoff says. “We want people to be aware of the risks but not so overly concerned that they don’t do anything.”

Sosnoff says he’s eager to see if the walking steadiness feature could actually reduce falls in real-world scenarios. One challenge for the tool could be monitoring people whose walking is impaired — like people with a limp, for example. Algorithms that track gait often don’t work as well in those situations, he says. If the Apple feature has that problem, it could flag people with different walking patterns who might not actually be a fall risk.

The Apple feature may not be able to help everyone at fall risk. Walking patterns are only one of the many reasons people fall: poor eyesight with age can cause people to trip, certain medications can reduce balance, and items around the house (like loose rugs) can be hazardous. The Apple walking steadiness feature is designed to suggest that people who are at risk of falling do various stability exercises, which can be useful in some cases. But for some people, balance may not be the main problem. “Getting prompted to do exercises isn’t the only solution,” Berridge says.

Getting information on a user’s walk also requires that they carry their phone around regularly. Sosnoff says he’s not sure older adults actually do. Many may use their phones in different ways than younger people. “I know many older adults that leave their phone on the counter just like it’s a traditional phone,” he says.

There are advantages, though, to having a player like Apple working on falls. “They’re going to have a significant amount of data to help see what’s going on,” Sosnoff says. If the iPhone could actually prevent falls, it’d be a huge boon. “We put people back together again if they fall and get hurt, but we don’t really do much to stop the fall. It would be exciting if we can.”

Apple will also now let users share their health data with other people. The feature could be a major convenience for family members and caregivers of older adults, who may want or need to keep track of someone’s health metrics. Currently, they might have to collect information from multiple different sources — a heart rate app, a blood pressure monitor system. The Apple sharing feature could give them direct access in one place.

“I could see this being extremely appealing for adult children,” Berridge says.

It also raises privacy concerns for older adults. The Apple feature is controlled entirely by the user, who gets to decide in the app what information they want shared and with whom. In reality, though, older people who aren’t comfortable with technology may not be able to take charge of that decision themselves.

“It’s very common to have an adult child purchase a phone for an older adult, and set up the settings, and take the phone out of their hand and say, ‘let me just fix it for you,’” Berridge says. “That older adult is going to lose the capacity to keep this information from the family member.”

Some people might be very comfortable opening up their Health app to family members, but there’s still a power dynamic involved. Older adults tend to like monitoring technology less than their adult children, and say they want to maintain their privacy without feeling watched. But their adult children are confident that they can convince parents to use monitoring technology, even if they say they’re uncomfortable with it, Berridge’s research has found. “They’re not necessarily inclined to engage them in the conversation, they’re just very confident that their preferences would rule at the end of the day,” she says.

On the flip side, adult children who use this feature might find themselves inundated with information about their older parents that they’re not sure how to interpret, says social psychologist Schulz. “Decisions have to be made about how that information is parsed and translated for the person who’s getting access,” he says.

In practice, Berridge isn’t sure how useful it would be to have a family member see all of the Health app data. “People may say, okay, what do I do with this information exactly? At what point is it meaningful, when do I call a doctor, and so on. It could be an alert overload situation, too.” she says.

Despite those concerns, there’s increasing interest in ways to keep older adults healthy at home. The COVID-19 pandemic showed that senior care facilities can be dangerous, and people generally don’t want to live in them, Berridge says. The new features from Apple highlight movement in that direction. “Moving the monitoring out of facilities and into the home is going to be a major trend,” she says.

How AI brings accessibility and equity to healthcare

Gelatin could soon power our wearables and IoT devices

How AI can increase the effectiveness of point-of-care ultrasounds