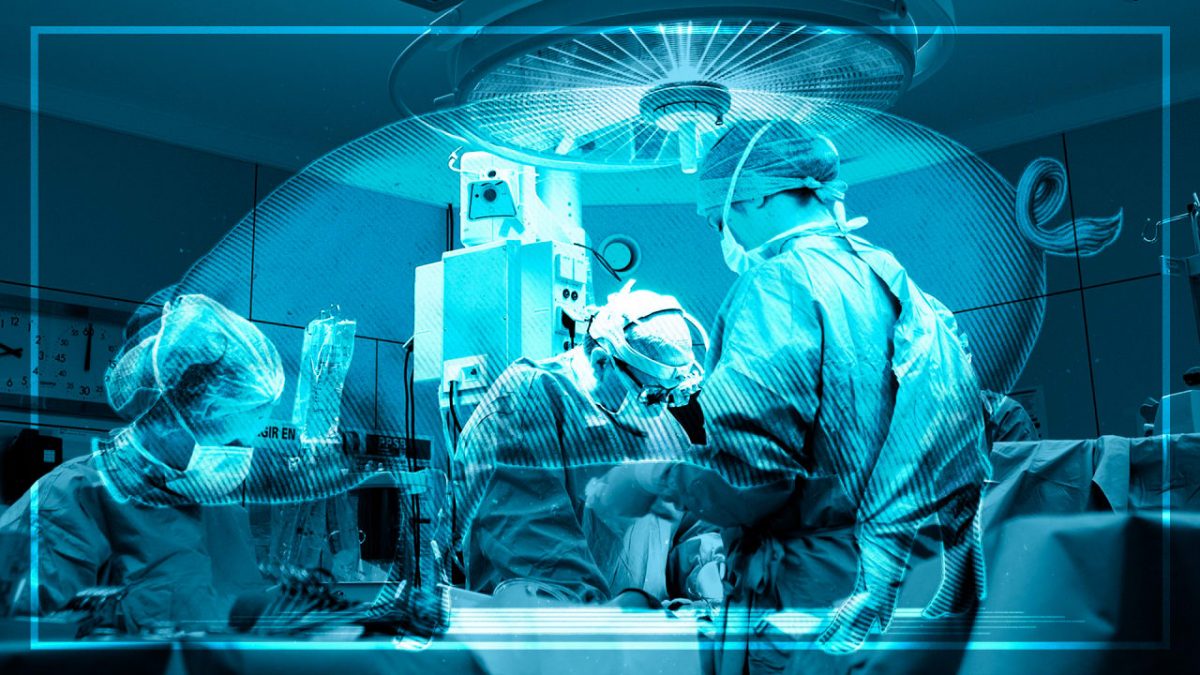 Are genetically modified pig parts the future of organ transplants?

In a new study, researchers and surgeons at the University of Alabama Birmingham were able to successfully transplant a genetically modified pig kidney into the body of a brain-dead human. The surgery adds to a growing body of evidence that xenotransplantation—transplants of live organs, tissues, or cells to humans from nonhuman species—can work. Their use for patients who need kidneys may be closer than previously thought—as soon as five years from now.

(Early this month, the University of Maryland transplanted a genetically modified pig heart into a living 57-year-old man. So far, his body has not rejected the organ, marking another major first.)

In 2020, there were 91,099 people on a waitlist for kidney transplants, only 22,817 of whom were able to actually get one, according to data from the Health Resources and Services Administration. Jayme E. Locke, an abdominal transplant surgeon at UAB and first author of the study involving the pig kidney says “40% of waitlisted patients will be dead in five years.”

Importantly, she says, those figures don’t highlight the roughly 800,000 individuals with kidney failure in the U.S., many of whom never even make it onto the transplant waiting list. “The problem is even bigger than the waitlist might suggest,” she says. “We want to be able to offer this to all of the patients suffering from kidney failure in the United States and beyond.”

Last fall, surgeons at NYU Langone Health in New York City were able to attach genetically modified pig kidneys to a patient with no observable brain function. The kidneys produced urine and were not rejected during the 54 hours the experiment was conducted.

The UAB surgery was conducted in September 2021, a few days after NYU’s breakthrough implantation. Researchers at UAB implanted genetically modified pig kidneys into a brain-dead individual and monitored the body for 77 hours. The kidneys appeared healthy and produced urine.

A test run for the real world

There are a few differences between the UAB and the NYU xenotransplantations. NYU’s pig kidneys had three genetic modifications compared with ten in UAB’s pig kidneys. NYU’s researchers also attached the kidneys externally, whereas UAB’s researchers transplanted the pig kidneys directly into a human body. UAB also monitored its subject for 77 hours, though that length of time largely seems related to how well the brain-dead subject was able to continue to function. In both cases, researchers were able to show that the new kidneys were able to make urine; a risk of pig organs for human transplants is infection from porcine endogenous retroviruses, but UAB was able to demonstrate that its subject’s blood was clear of them. (NYU has not yet published a peer-reviewed study related to this work.)

Perhaps the biggest differentiator between the two studies is that UAB’s was essentially a test run for how this surgery could work in the real world. “We completely mimicked the process of human-to-human transplantation and really tested operationally our ability to perform xenotransplantation at a level that would be considered clinical grade and appropriate for a living person,” Locke says, noting that the study was more than 18 months in the making and was guided by regulators.

That prep work enabled researchers to design their surgery protocol to be useable for future human transplantation. For example, researchers worked with their institutional review board to develop the kind of consent forms that will be relevant if this xenotransplantation is used for live humans.

The university is now in the process of putting together the necessary materials for a future clinical trial, which it hopes will kick off at the end of this year. From there, the timeline would begin for potential routine use of genetically modified pig kidneys in transplant surgery. “If everything goes off without a hitch and we can start our phase 1 clinical trial later this year, the earliest would be five years,” Locke says.

There are still open questions about how transplanting genetically modified pig kidneys into humans will work. Through a collaboration with Revivicor, UAB created a pathogen-free facility where it is rearing its pigs.

“It’s unrealistic to think that we’ll have a pathogen-free facility near every transplant center,” Locke says. She also notes that the procedure requires expertise that will need to be taught, which will also take time. Another question: Will these be considered short-term, so-called bridge transplants or will they stand the test of time? Locke hopes that clinical trials offer an answer.

Big data is affecting healthcare today and into the future. The statistics for the Mobile Health app...
How smart data management will allow biopharma to embrace the digital twin - MedCity News
The Impending Artificial Intelligence Revolution in Healthcare - Op-Ed
Tags #4_Healthtech
Healthtech

The Anatomy Of A Good Digital Health Company

How to prepare for a sustainable future along the value chain

AI technology can identify genetic conditions from your face