Blog Post
Home > Digital Transformation > Attention is all you need, the transformer architecture 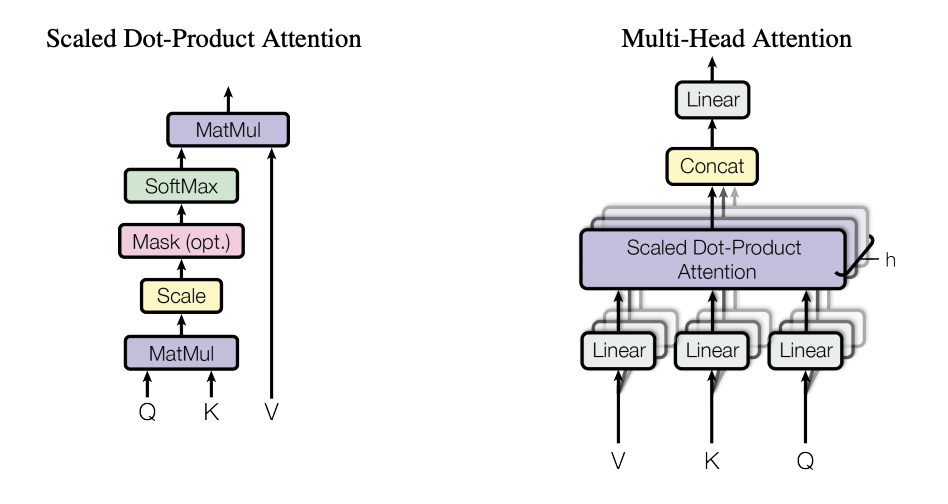 Attention is all you need, the transformer architecture

Attention is all you need, the transformer architecture

Why is it important?

This is the paper that first introduced the transformer architecture, which allowed language models to be way bigger than before thanks to its capability of being easily parallelizable. Consequently, models such as BERT and GPT achieved far better results in diverse NLP tasks.

What does it propose?

This work proposed a network architecture to perform neural machine translation (NMT). This new model is entirely based on the attention mechanism, contrary to the standard at that point of using recurrent networks with attention. The architecture was tested in two NMT tasks and it outperformed the best existent models, in addition to using fewer resources. Furthermore, the model was also successfully tested in a different task (English constituency parsing).

The inherently sequential nature of RNNs precludes parallelization within training examples, moreover, the best RNNs architectures don’t rely solely on one or a couple of hidden states, but use attention to attend to the most relevant hidden states. That’s why the architecture presented in this paper is so relevant and impactful, it’s able to achieve better results getting rid of the sequentiality of RNNs.

How does it work?

The Transformer is an encoder-decoder architecture, the encoder corresponds to the left side of the image below (Figure 1) and the decoder to the right one. In this paper, the authors introduced the multi-head self-attention layer and the positional encodings used in the architecture (details in the next 2 sections).

Essentially, token embeddings are added with their positional encoding and used as inputs in the encoder and decoder. The encoder is composed of a stack of N=6 layers, we can see one of such layers in Figure 1. The decoder is also composed of a stack of N=6 identical layers, which has the two sub-layers of the encoder but it inserts a third sub-layer first that performs multi-head attention over the output. Each feed-forward and the multi-head self-attention layer is followed by a residual connection and a layer normalization, thus the output of each sub-layer is LayerNorm(x+SubLayer(x)).

Motivation: Since there’s no recurrence, a positional encoding vector is added to the token embedding to inject information about its position in the text.

The PE(wₜ), the positional encoding for the word w at position t, is a vector of dimension d_model equal to the embedding dimension. We compute each dimension i of this vector as follows:

We can think of this as a bit representation of numbers, with each dimension of the vector as a bit, since each bit changes periodically and we can tell that one number is bigger than another because of the bits activated and their order. More of this intuition in this blog post.

The authors showed that learned positional embeddings were as good as these in their test sets. But they think sin/cos is better because it could extrapolate better.

The intuition behind is that having just one attention will lead to average all the different aspects of the text, whereas when we do parallel attention we are able to look at each of these details separately (the subject, the intention, the action, etc).

Attention is a function that takes a query and a set of key-value pairs as inputs, and computes a weighted sum of the values, where the weights are obtained from a compatibility function between the query and the corresponding key.

The specific attention used here is called scaled dot-product because the compatibility function used is:

The authors decided to use a dot-product attention over an additive attention because it is faster to compute and more space-efficient. But it has been shown to perform worse for larger dimensions of the input (dₖ), thus they added the scaling factor (√dₖ) to counteract the effect of the dot product getting too large (which they suspect is the problem).

In training, we don’t want to show the complete output sentence to our model, but instead, we want to present the words one by one to not let extra information flow in the decoder. That’s why in Figure 2 we see a “Mask opt.” which refers to setting those vectors to –inf, making them 0 after the softmax. Figure 3 can help to understand how this affects the architecture overall.

BERT and GPT are just some of the applications that the Transformer can have, but it has also been applied to images, graph networks, GANs, among others, achieving state-of-the-art results. It has also been useful to interpret a part of the models that use it (https://arxiv.org/abs/1910.05276).

The challenges of applied machine learning

The Future Of Work Is Change – Forbes

The Disruptive Power of Platform-Based Models in Banking

How technology is changing healthcare
Capturing the true value of Industry 4.0
Digital Transformation is Not a Technology Makeover. It’s a Business Revolution