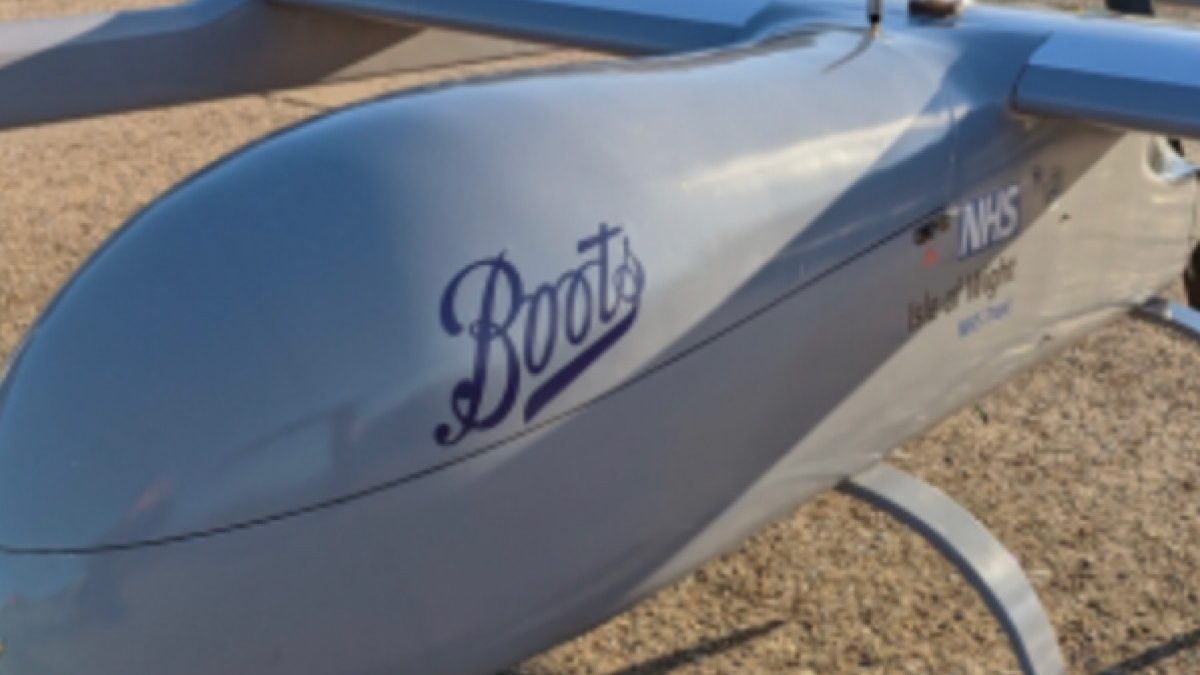 Boots has become the first community pharmacy in the UK to transport prescription-only medicines by drones.

The flight departed from the British Army’s Baker Barracks on Thorney Island near Portsmouth and arrived at St. Mary’s Hospital on the Isle of Wight. The medicines were collected by Boots and transported to its pharmacies across the island, where they will be dispensed to patients with prescriptions for them.

Boots worked with medical drone start-up Apian to facilitate the test flight and is now assessing the future potential for drones in medicines delivery.

Rich Corbridge, Chief Information Officer at Boots, said: “Drones have huge potential in the delivery of medicines, and it is incredibly exciting to be the first community pharmacy in the UK to transport them in this way. An island location like the Isle of Wight seemed like a sensible place to start a trial of drones and their value to the delivery of medicines to more remote locations is very clear.

“In this trial, we will be looking at how much time we can save, as well as how we can incorporate drones into our medicines supply chain to create economic efficiencies too. We want to prepare now for the wider use of this technology in the future.”

Max Coppin, Chief Operating Officer at Apian, said: “Not only can drones deliver medicine to hospitals but we are particularly excited about our partnership with Boots as it demonstrates drones can also help bring care closer to communities. Whilst faster and more reliable than ground transportation they bring with them additional environmental benefits and offer a more sustainable solution for delivery.”

The drones are electric, vertical take-off and landing (eVTOL) aircraft, the largest of which weigh 85kg, have a wingspan of 5m and can carry up to 20kg of payload. They were designed and developed by Skylift, who were selected by Apian to be the project’s drone operator partners. They will be based at the British Army’s Baker Barracks on Thorney Island and flown by professional drone pilots.

The Civil Aviation Authority (CAA) has granted permission for the drones to fly in segregated airspace between Baker Barracks on Thorney Island and St Mary’s Hospital’s helipad on the Isle of Wight.

How Is IoT Going To Transform The Healthcare Landscape

With a focus on workload, Microsoft Cloud for Healthcare expands API services for healthcare, life s...
Telemedicine will reshape the healthcare system. From @bakercom1 #medtech #healthcare https://t.co/V...
Telehealth’s Future Is Bright. Here’s What It’ll Look Like in 2025