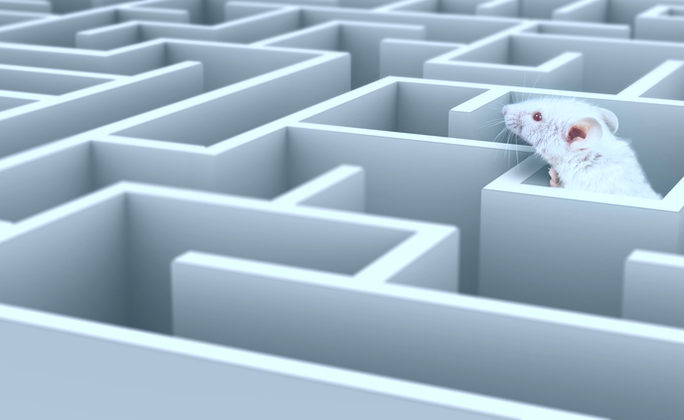 Can Rats – AI Rats, That is – Shed Light on How Neural Networks Work? – HPCwire

Here’s brief excerpt from the article written by Edd Gent:

“[A]uthors of a new paper due to be presented this week at the International Conference on Learning Representations have created a biologically-accurate 3D model of a rat that can be controlled by a neural network in a simulated environment. They also showed that they could use neuroscience techniques for analyzing biological brain activity to understand how the neural net controlled the rat’s movements.

“The platform could be the neuroscience equivalent of a wind tunnel, says Jesse Marshall, co-author and postdoctoral researcher at Harvard, by letting researchers test different neural networks with varying degrees of biological realism to see how well they tackle complex challenges.

“Typical experiments in neuroscience probe the brains of animals performing single behaviors, like lever tapping, while most robots are tailor-made to solve specific tasks, like home vacuuming,” he says. “This paper is the start of our effort to understand how flexibility arises and is implemented in the brain, and use the insights we gain to design artificial agents with similar capabilities.”

It’s a fascinating idea. The researchers built the AI rat model (muscles, joints, vision, movement. Etc.) based on observing real rats and then trained a neural network to guide the rat through four tasks—jumping over a series of gaps, foraging in a maze, trying to escape a hilly environment, and performing precisely-timed pairs of taps on a ball.

As the rats improved at the tasks the researchers were abler to ‘watch’ the controlling neural networks develop. It’s early work, and the researchers agree that because they built the model much of what they learned was expected. One interesting insight, though, was that the neural activity seemed to occur over longer timescales than would be expected if it was directly controlling muscle forces and limb movements, according to Diego Aldarondo, a co-author and graduate student at Harvard.

He is quoted in the article, “This implies that the network represents behaviors at an abstract scale of running, jumping, spinning, and other intuitive behavioral categories,” he says, a cognitive model that has previously been proposed to exist in animals. This kind of work, says the researchers, will help understand both how neural networks evolve and also provide insight into how biology neural networks work.

Link to the IEEE Spectrum article by Ed Gent: https://spectrum.ieee.org/tech-talk/artificial-intelligence/machine-learning/ai-powered-rat-valuable-new-tool-neuroscience

Link to the paper: https://openreview.net/forum?id=SyxrxR4KPS

Your Business Model and Digital Transformation

The office as we knew it is dead

Forget video calls: Here’s what it’s like to meet in holographic AR
6 travel industry digital trends: A journey into the future - Doxee
The future of the commute - Ideas