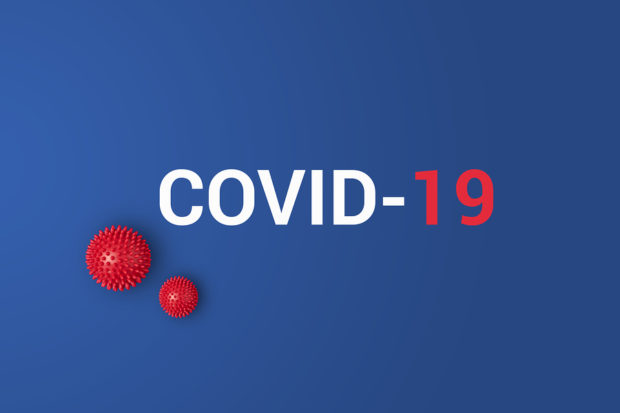 Claims Professionals Adjust to a Landscape Changed by Coronavirus Pandemic

The coronavirus pandemic has not shut down the day-to-day business of adjusting claims, but the workload is lighter and claims managers are coping with evolving government regulations and guidelines.

Crawford & Co. says its had added a new step to its vetting process. Each claim is reviewed by a triage specialist and assigned to the right team. When an on-site visit is requested, the company contacts the policyholder by telephone and email and asked a series of questions to evaluate the risk.

Ken Tolson, U.S. president of Crawford Claims Solutions, said so far only 3 percent of the policyholders contacted have said they are suffering from flu-like symptoms, or have recently returned from an overseas trip or a high-risk area. He said when claimants are determined to be a high risk, his company asks if they are willing to use a self-service app so personal contact can be avoided.

He said 30% of policyholders said “yes” in the risk-assessment survey that started three weeks ago, but that’s a very small sample size. He said knows by experience that 65% to 70% of policyholders will participate in some form of self service if asked.

Crawford & Co. was one step ahead of the pandemic in one sense. In 2017 the company purchased a majority stake WeGoLook, a tech company headquartered in Oklahoma City that designed a gig-economy platform. Crawford sends one of its 46,000 “lookers” to the site of the claim to take video that can be used by a professional adjuster to survey damages, Tolson said. The lookers follow a script on the YouGoLook smart phone app telling them exactly what to photograph and from which angles.

Tolson said Crawford & Co. was an earlier adopter of technology to assist in claims management, but the pandemic has enlightened the entire industry.

“What we are seeing now is an acceleration of adoption of these tools,” Tolson said. “Up until now, a lot of people have tinkered with it, but never really embedded it into their claims processes.”

Some claims still require an on-site visit. In those cases, Crawford follows whatever guidelines are requested by its carrier clients.

Tolson said some carriers have directed that no in-home visits be allowed. In those instances, the company has to persuade the homeowner to use a self-service app or simply delay the inspection until the situation changes, he said.

Other carriers insist that all adjusters wear gloves and masks, Tolson said. But the guidelines vary by location. In Canada, public health officials ask that only people who are experiencing symptoms to wear masks and gloves. That created an awkward situation for one carrier that had issued an edict that all of its claims handlers wear masks and gloves while out in the field, he said.

One thing all health officials seem to agree on is the value of using hand sanitizer in situations where it is impossible to wash your hands. Tolson said Crawford & Co. wasn’t able to buy enough sanitizer for the hundreds of adjusters that it employs in locations scattered around the country, so it decided to manufacture the product itself. He said the company mixed alcohol with glycerine and distributed bottles throughout its workforce. It also contracted with distilleries to continue production.

“Our purchasing and procurement people are quite creative,” he said.

Medical and pharmacy management provider Mitchell International has a close-up view of how insurance carriers are going about the business of adjusting auto and workers’ compensation claims. The San Diego-based company has a 70 percent market share in the bill review space for auto, and 30 percent in workers’ comp, said Michele Hibbert, senior vice president for regulatory compliance.

Hibbert said carriers are reporting from 30 percent to 60 percent declines in personal auto claims. She said its too soon to report changes in volume for other lines, however Mitchell expects an increase in commercial auto claims as stay-at-home orders increase the number of deliveries.

Hibbert said for the most part insurance carriers have quickly adapted to the new work-from-home regime. She said State Farm, one of Mitchell’s clients, has nearly 30,000 claims representatives now working remotely.

“I have been utterly impressed,” she said. “They are not missing a beat.”

Hibbert said the pandemic has added a layer of complexity to the business of claims adjusting as insurance commissioners around the country issue edicts demanding that carriers be flexible when adjusting claims.

“We live after every word those regulators write,” she said. “We are being very careful when reading these things. When you are axed to be quote-unquote ‘flexible,’ what does that really mean?”

For the workers’ comp line, the primary change has been an increased focus on telemedicine. Hibbert said some states are allowing prescriptions to be prescribed after telemedicine treatment instead of requiring the usual in-person visit. There’s also been a push toward telephonic court hearings.

Hibbert said one concern she has for workers’ compensation is that many of the claims involve soft-tissue injuries that requires palliative care. What happens if treatment is delayed for several weeks? Carriers will have to decide whether a claimant is entitled to 12 trips to physical therapy, for example, for an injury that tends to resolve itself after several weeks anyway.

She also worries that claimants will delay needed care and increase claim duration. Also, working from home may lead to ergonomics problems. Hibbert said employees moving from custom-fitted office chairs to their dining room tables may bring a wave of ergonomic-related injuries.

Hibbert said Mitchell allowed its employees to take their office chairs with them. The company conducts ergonomic assessments using FaceTime, she said.

For independent claims adjusters, the drop in claims volumes translates directly into a loss of income. One claims shop is trying to help by increasing pay and making payments more promptly.

Langley said the commission rates it pays vary according to the contractor and the type of services, but average about 50 percent. The extra 5 percent payment amounts to about 10 percent more for each claim, albeit with fewer claims.

Langley said claims volume for most insurers had dropped 40 percent to 60 percent, depending on the line, since the start of the pandemic shutdowns last month. He said the claims volume for his shop has dropped less, only about 30 percent. He said SCA may be benefitting because some carriers are unable to send their own employees to field assignments. Also, the company is still working claims that came in before shutdowns were ordered.

Langley said SCA appraisers are observing social distancing guidelines when out in the field. As it happens, though, SCA Appraisal has made it easier for appraisers to avoid in-person visits when adjusting auto claims by building an in-house photo claims system, called Streamline.

Langley said for simple claims where a desk estimate is possible, the company sends claimants a link to a website that they can use to take photographs of damaged areas. Those photos are run through the CCC One Valuation system.

He said the beauty of the web-system is it does not require the consumer to download an app.

“It doesn’t leave a footprint,”he said. “Do you really want to download an app just to use it once?”

Langley said personal auto makes up a large portion of SCA’s business. As long as the coronavirus pandemic lingers, those claims will likely continue to dwindle — as will revenue to his company.

“It’s down about 30 percent,” he said. “That will impact us, but this is our 41st year in business. We have some staying power.”

*This storyh ran previously in our sister publication Claims Journal.

Impact: The New Rules of Innovation

How InsurTech Is Revolutionizing the Insurance Industry

New tool to weed out bias in AI
Embedded finance: a game-changing opportunity for incumbents
Augmented Reality in Smart Manufacturing