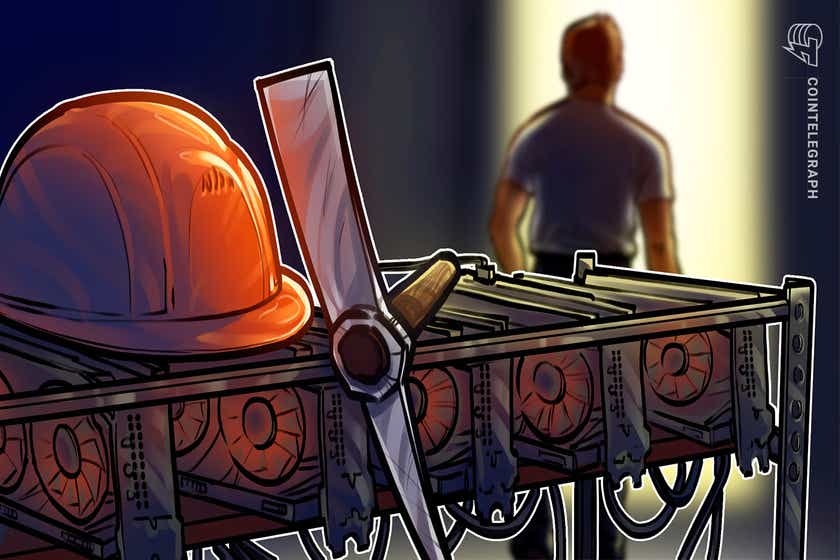 Crypto mining won’t survive another round of environmental legislation

It was only a matter of time before China slapped a ban on Bitcoin (BTC) mining, trading and crypto services. To do anything with Bitcoin anywhere in the People’s Republic, one needs a special exemption. The Chinese government’s given reason for the Bitcoin crackdown is to reduce its well-documented climate impact. Regardless of the amount of truth in this explanation, one thing is clear: China’s righteous anger toward electricity-guzzling and carbon-spewing mined cryptocurrencies in the service of Earth’s climate is only the first shot in an impending global showdown over Bitcoin and other crypto projects that rely on proof-of-work (PoW), the complicated crypto security mechanism we subsume under “mining.” This does not seem like a battle crypto can or will win.

For many cryptocurrency enthusiasts who are holding Bitcoin, this is a difficult realization to face. Luckily, there is a helpful parallel, and it even has the same name: coal mining. Coal is on its last legs because there are cleaner, cheaper, more efficient and more technologically advanced alternatives.

Admittedly, coal isn’t going down without a fight, backed by monied corporate lobbies and powerful politicians often amenable to generous campaign donations. Even so, if your financial adviser told you he had a really good feeling about investing in coal, you would probably get a new financial adviser. For similar reasons, it might be time to accept the fact that mining, from coal to crypto, might soon be a relic of the past.

A combination of inertia and hesitation to quit mining have temporarily cushioned the full impact of China’s war on Bitcoin. After the initial shock, the United States sprung at the opportunity created by the Chinese ban to become the world’s new mining hub. In Asia, Kazakhstan and Malaysia are ramping up mining operations, as are Germany and Ireland in Europe and Iran in the Middle East, according to recent stats. The effort to keep crypto mining chugging along is making for some very strange geopolitical bedfellows.

Such a colorful and diverse “Bitcoin mining coalition” might give some investors solace, but in truth, it will not stand the test of time. The U.S. cannot match China’s low energy prices, and it cannot hold on to the mining champion title for long. Germany and Ireland are in a similar boat. Iran is currently battling mass protests due to a severe water shortage, so boasting a stake in the world’s least sustainable cryptocurrency is politically undesirable and socially untenable, even for a theocracy. Malaysia is similarly exposed to extreme weather and rising sea levels that would not allow it to sustain its cryptocurrency mining effort in the medium to long term. Taken together, these developments severely limit mined cryptocurrency’s future prospects.

Commitments to climate action push mining to the fringe

It certainly does not help the case for Bitcoin miners that a majority of the world’s states and virtually all-powerful industrial nations have entered into the Paris Climate Agreement. This comes with a firm commitment to limit carbon emissions and to keep the planet from further overheating. Mining Bitcoin is antithetical to this promise. Apart from the Paris Agreement, the European Union is pursuing its own climate change action plan, the European Green Deal. These large-scale multinational agreements are pushing energy-intensive projects such as Bitcoin mining to the fringe.

Related: To the roots of mining: Bitcoin going green faster than ever

As the tide turns in favor of carbon neutrality, the task of mining cryptocurrency is left to a handful of states that either do not take their climate goals seriously or simply do not forge long-term plans. It is no coincidence that many of the countries making a last-ditch effort to mine Bitcoin at the moment are authoritarian states facing mounting international pressure alongside growing internal strife and discontent. Few, if any, serious investors can stake their crypto portfolio on the political stability of a dictatorship or an autocracy running out of water and violently suppressing public dissent. It’s bad optics, bad for the climate and bad for business.

A cryptocurrency that’s been pushed to the political and geographical fringe can hardly claim to be truly decentralized and democratic. Even if we put the climate problem aside, how are we to take cryptocurrency mined in tyranny as a token and tool of economic liberation? From the point of view of finance, climate and appearances, the sun is setting on Bitcoin and other mined cryptocurrencies. It’s only a matter of time.

The power of inertia and the pain of letting go

So, what is keeping the mining train going? First and foremost, we should not underestimate the power of inertia and ingrained habits. Bitcoin was revolutionary when it came out in 2008. It paved the way to a new digital economy. Proof-of-work was a revelation in terms of decentralization and security, but its lack of efficiency presented us with a ticking time bomb. This bomb is going off now.

Letting go of mining will be painful and its immediate replacement isn’t obvious. Powerful actors across the globe have amassed technological and energy resources to continue mining cryptocurrency for the foreseeable future, and they can pull enough political and economic levers to maintain the status quo a little while longer. When the institutional crackdown eventually comes, some mining will go underground and slip into the realm of organized crime for as long as it remains profitable.

Related: Crypto mining needs to be redefined before simply casting it away

However, without legal on- and off-ramps for free exchange and mass adoption, the respective cryptocurrencies will recede to the shadows and sidelines with their valuations permanently devastated. Eventually, the market for mined projects and law enforcement will make mining obsolete. The question to investors and crypto enthusiasts is: Why wait for that to happen?

Abolishing mining can jumpstart the crypto economy of the future

If we invest the resources that have been set aside for Bitcoin mining into more advanced and greener crypto projects, we can achieve considerably more for the budding digital economy. We can keep piling coal into the old steam locomotive or we can switch to a bullet train and invest the resources into making it go longer and faster. Some will point to renewables and how Bitcoin can reduce its carbon footprint by using more green energy.

Currently, less than one-third of global electric power is sourced from renewables. If this share went fully toward cryptocurrency mining, perhaps it could lend it a semblance of sustainability, but it would be little more than a fig leaf. We would do much better to direct renewable energy toward truly sustainable and sensible uses. As far as crypto is concerned, there are numerous promising and mathematically rigorous solutions with the potential to grant a network PoW-levels of security.

Mining is on its way out, and we are making ourselves vulnerable by prolonging its inevitable demise. Switching to lighter, more sustainable and scalable solutions will open the crypto space to a much wider audience and fulfill its promise of true decentralization and democratization. The sooner we accept this fact and make the switch, the better for everyone within and without the crypto space.

Dominik Schiener is a co-founder of the Iota Foundation, a nonprofit foundation based in Berlin. He oversees partnerships and the overall realization of the project’s vision. Iota is a distributed ledger technology for the Internet of Things and is a cryptocurrency. Additionally, he won the largest blockchain hackathon in Shanghai. For the past two years, he has been focused on enabling the machine economy through Iota.

Tencent mints NFTs to digitize a world heritage — on a private blockchain - The Block Crypto
Blockchain Could Play a Pivotal Role in Vaccine Verification
Blockchain, explained: what’s a block, what’s a chain, and the tech behind crypto - The Verge
Tags #8_DLT_Blockchain
DLT – Blockchain­

Fascinating Examples Of How Blockchain Is Used In Insurance, Banking And Travel