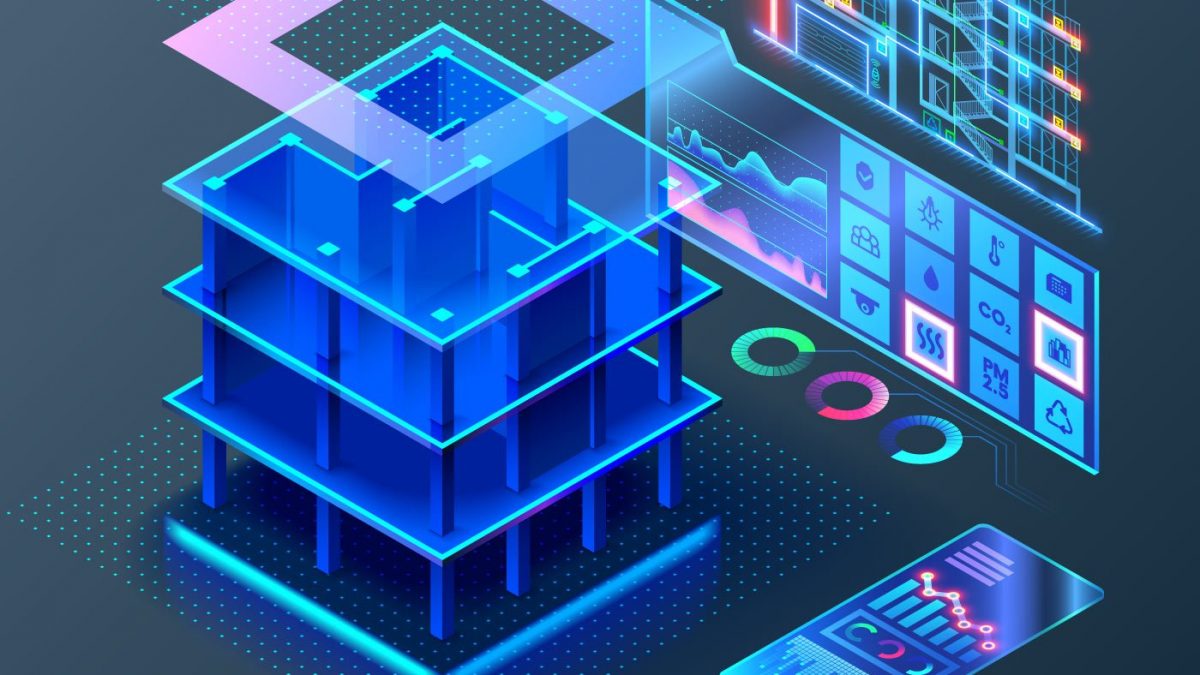 As we tiptoe into the post-COVID era, the flexible office and hospitality industries have become kindred spirits. Though the business of flexible workplaces had existed long before COVID-19 changed the world, the pandemic lockdowns exposed fault lines in the traditional office model, making the space-as-a-service model of flexible offices shine. Now, office workers of flex space operators, much like hotel guests, have learned to crave the convenience of service offerings that enable a smooth and easy experience. And according to one industry leader, office landlords who don’t embrace the service aspect of property management are going to lose out on revenue.

Marcus Moufarrige, Founder and CEO of Ility (stylized as ility), and the man who warned Adam Neumann that his business model for WeWork was too complicated to be functional, estimates that he’s dedicated the last 25 years of his life to the flexible workplace business. Amazingly, his own father started a “WeWork equivalent” back in 1978.

Now, to understand Marcus, you first need to understand his father, Alfred “Alf” Moufarrige. “Old Man Moufarrige,”as Moufarrige benevolently calls him, initially started Servcorp, a provider of flexible workplace solutions, after he became frustrated with the lack of decent office space in prime locations. “Alf was an early disrupter of this… long before Neumann,” said Moufarrige. Servcorp was publicly listed on the Australian Stock Exchange in 1999, and the company has since expanded its reach to 150 locations across 20 different countries.

Though in his early 80s, the senior Moufarrige continues to serve as the Chief Executive Officer, Managing Director, and Executive Director of the company. Moufarrige Sr. became a legend in the Sydney property market, where Servcorp is based, for harboring a deep aversion to debt in an industry that is highly dependent on debt. “We never allow our bank balances to fall into debt,” the senior Moufarrige once said in an interview. “Servcorp runs on cash, so we never borrow.”

The way Moufarrige tells it, his father exemplifies the last bastion of the “old world” of real estate, when all the landlord had to do was be present for the lease signing before being able to disappear for a decade (unless the tenant failed to pay their rent or there was an incident on the property). At the end of the day it was a very simple business; easy to run, not a lot of demand from the end-user customer. It was a simple, low-touch, and low-service model.

But when Moufarrige first joined Servcorp under his father’s wing in 1992, it quickly became clear how much the world was changing. After a stint as the General Manager of the Asia Pacific branch, Moufarrige graduated to Chief Operating Officer, and began building Servcorp’s IT infrastructure, and the undercurrent of automation that Servcorp still uses to this day. Moufarrige said that his intersection of tech and real estate stoked the realization and that, while both the technology industry and the property industry have a “20 times multiple” in revenue, they have vastly different business models. The property industry is the gambit of a long lease, whereas the technology industry thrives on short-term subscriptions. Flexible office spaces represented the eclipse on the Venn diagram, but unless landlords took advantage of space as a service, the model could never fulfill its potential.

Moufarrige had known that most other industries were undergoing their digital transformations much faster than the real estate sector, but years spent neck-deep in software and tweaking automation systems showed him exactly why that was the case. “The digital transformation wasn’t happening because landlords didn’t understand the tech,” said Moufarrige, “and suppliers were happy that landlords didn’t understand the tech because it let them stay in their silos and charge for solving a specific problem.” Plus, disruption in other industries have come because complexity already existed, and digitization enabled a simple solution to that complexity. In order to effectively house those increasingly complex businesses, real estate needs to become more complex in its own right. “No matter what class of space you’re talking about, there is more flexibility, more services, more amenities, and more community even. There really is a lot more for a landlord to manage.”

Moufarrige believed that landlords should be working towards responsiveness because real estate is a slow-moving industry that’s shifting into a fast-moving industry. But Moufarrige’s inkling that the property industry should fundamentally be a service-driven business did not go over too well with his financially conservative father, who had zero interest in software. “I realized that landlords were ready for flexibility and services, and I said to my old man that we should be selling it as a software. He told me ‘If you want to sell software, you should leave.’”

In 2019, Moufarrige took the leap to create Ility, a SaaS property management and real estate company. For those of you not fluent in software engineering terminology, “ility” is defined as an abstract quality that good software should exhibit, i.e., the endless things that software can do. The way Moufarrige frames it, Ility is a small piece of code that wraps around the defined digital interaction between the landlord and tenant. Through Ility, Moufarrige is able to package pricing and distribution of interactions between humans, enterprises, and buildings through one platform.

In creating Ility, Moufarrie adopted the concept of physical rights management. “It’s a report card,” explained Moufarrige, “that says who can use it, how they can use it, where they can use it, and how much they pay for it.” In essence, it’s a homogenous framework that governs the interaction between people and the built environment. Marcus said that by distributing those actions that are stored digitally, Ility is in turn digitally transforming the real estate industry itself.

“Landlords have been thrust into the service business, pretty unwillingly right?” said Moufarrige. “But the infrastructure that they’ve used to propel the slow-moving industry needs to be modernized.” So landlords have two choices. They can either ignore real estate’s digital transformation (“and just become a passive wholesale provider of a concrete box”), or they can jump into the service opportunity by changing their perspective on what it is they’re actually selling to their tenants. So his company’s whole objective is to work with the landlords who want to take advantage of that and simplify that complex business with all of those offerings.

Moufarrige is as staunch in the idea that office landlords need to start thinking about their buildings as a service as his father was about the idea that software is meaningless in real estate. I asked Marcus if there were any other stark differences between him and his father in terms of their business ethos, and it took him no time at all to conjure an answer. “I don’t think revenue is king,” he said. “I’d rather have a business model that will eventually be profitable.” On paper, it’s easy to interpret tendrils of venom in that statement, but Moufarrige has quite a bit of respect for his father. In fact, besides disagreeing on work/life balance (something Moufarrige became more intent on after becoming a father himself), Moufarrige says he takes a lot from his old man. “Most of my rhetoric, you know, revolves around trying to get the industry and the leaders in the industry to educate themselves on digital transformation. But I’m really positive about where the industry is going.”

Strategic courage in an age of volatility

From tiny humans to designer babies: How will humans look in the future? - The Business Standard

The Founders Feature: An Augmented Appetite.

70% of Virtual Store Visitors Have Purchased a Digital Item

How AI and IoT are influencing the eCommerce industry

Moore’s Law: Scientists Just Made a Graphene Transistor Gate the Width of an Atom
6 reasons to consider data automation in 2020
These three industries are about to be hit by AIoT