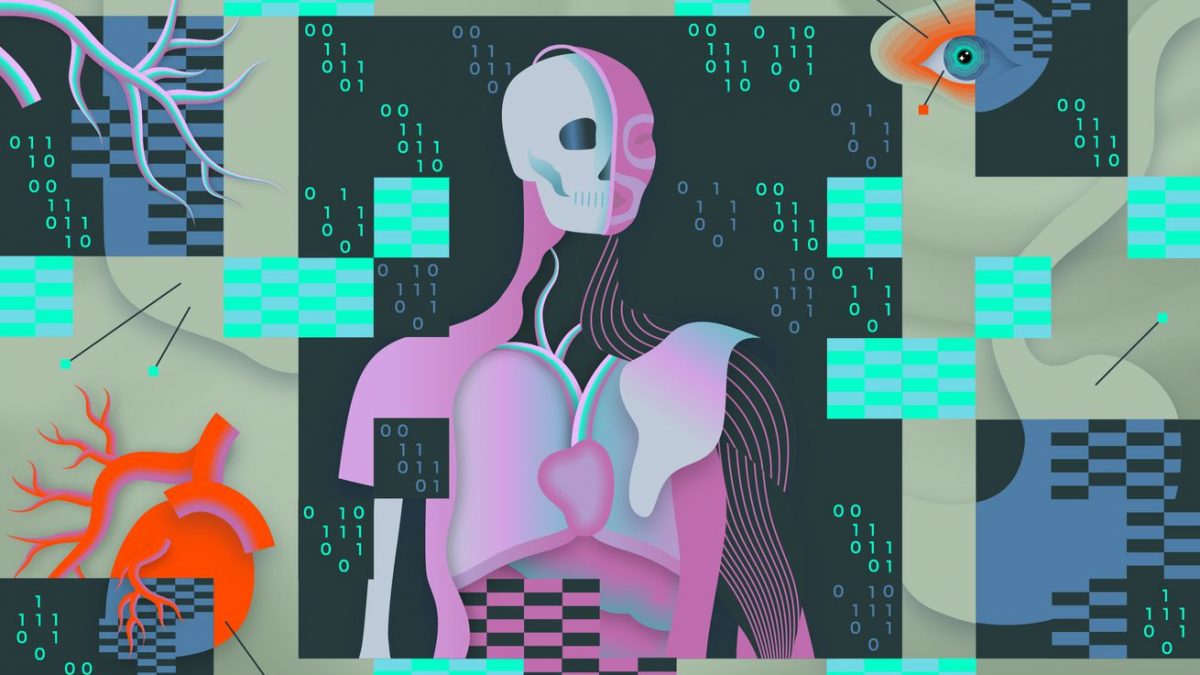 At-home health testing company LetsGetChecked has acquired the genetic testing company Veritas Genetics and spinoff Veritas Intercontinental, it announced Tuesday. It’s the latest pivot for a direct-to-consumer genetics company, most of which have spent the past few years struggling to sell DNA test kits to consumers more and more concerned about genetic privacy.

Partnering with an industry like home testing, which grew over the course of the COVID-19 pandemic, is one path forward. But that integration could risk conflicts of interest for patients if a company is incentivized to nudge consumers towards tests based on their genetic information, experts told The Verge. With all of these products on board at one company, genetic information — and its limitations — should be communicated very, very carefully.

LetsGetChecked is one of the largest companies under that umbrella, and the company said its revenue grew by 1,500 percent over 2020 and 2021. It already has telehealth services, tests for things like sexually transmitted diseases and cholesterol, and integration with a pharmacy service. Adding genetic services lets the company cater to all of a customer’s health needs, CEO Peter Foley told The Verge. “It’s the last piece in the jigsaw for us,” Foley said.

Veritas, founded in 2014 by geneticist George Church, had early plans to offer cheap full genome sequencing to consumers, eventually getting the cost down to $599. Unlike companies like 23andMe and Ancestry, Veritas sequences customers’ entire genome, making it more expensive — the others only sequence chunks of DNA linked to information about relevant health conditions or ancestry information. Veritas suspended operating in the United States in 2019 after struggling to find investors and started looking for buyers to bring it back.

Other genetics companies had similar problems. 23andMe laid off 100 employees in early 2020, and sales for both 23andMe and Ancestry were down in 2019. 23andMe has since shifted focus towards efforts to develop drugs using its database of genetic information. Related companies, like genetics database GEDMatch, have made changes — GEDMatch, which helped identify the Golden State Killer, was acquired by a crime scene DNA company in 2019. “There’s going to be a lot more of this,” says Debra Mathews, a bioethicist and associate professor of genetic medicine at Johns Hopkins Medicine.

Veritas had always positioned itself as more of a personal health company. Now, the acquisition by LetsGetChecked adds it to a suite of products that offer consumers information about their health. Veritas gives people information about dozens of genes associated with a range of health conditions, including risk of cancer, risk of cardiac disease, metabolism, cholesterol, hair thickness, and pain sensitivity. Neither the genetics tests nor most diagnostic tests are cleared by the Food and Drug Administration — because they’re designed and offered by a certified lab, they’re considered “lab-developed tests’’ and are able to be marketed and sold without that additional oversight.

LetsGetChecked can now tell people their genetic risk for a certain condition and then combine that with diagnostic tests for that condition, Foley says. “We can monitor it happening over time. And then we can also provide telehealth infrastructure and a pharmacy business if people need to be treated,” he says.

Offering diagnostic testing after genetic testing could be a helpful tool, says Katherine Wasson, a bioethicist studying direct-to-consumer genome testing at Loyola University Chicago. “You could say that it’s providing more of a continuous service,” she says.

But it could also be a potential conflict of interest. “The vast majority of the genome is like a weather report,” Mathews says. Just like a weather report might tell someone it could start raining in their area, it’s not a guarantee it actually will. Genes can say if someone is more or less likely to have a certain health condition but without a high degree of certainty in most cases. If the company giving out the information also sells diagnostic tests and treatments for the same condition, that could be a conflict — especially if they’re pushing people toward those options based on more uncertain genetic information.

Whether it’s a useful partnership or a potential issue depends on the way the genetic information is presented to customers, Wasson says. Ideally, they’d have experts helping people process and understand their results and guide them through their next steps. There should also be clarity on the ways diagnostic test results are different from genetic test results, Mathews says — they may need to be explained or presented in a different way.

The more uncertainty there is around a test result, the more important clear communication becomes. That gap was on display in an investigation into blood tests in pregnant people used to find developmental conditions: the test results were often inaccurate, but they were marketed to consumers with language like “highly accurate” and “total confidence.”

Foley says LetsGetChecked will be adding genetic counselors to its team along with the new service and that consultation services are available through the testing process. “Nobody is looking at it for the first time on their own. They get that extra support,” he says. “We make sure that people fully understand the results.”

The risks and benefits of combining these types of services depend on the implementation, Wasson says. “You really have to see how it’s done,” she says.

Keeping a close eye on how these partnerships play out is important as consumer genetic testing companies shift to new strategies. Mathews will be watching to see how the genetic data is shared and used by the new companies taking on that work. “This is not the first conversation we’re gonna have a genetic company being acquired by someone else,” she says.

AI-generated Brain Data to Help the Disabled - OpenGov Asia
Will Microsoft’s acquisition of Nuance be meaningful for physicians?
How to Protect Yourself from the Siren Song of Healthcare IoT
Tags #4_Healthtech
Leadership

Amazon Is Looking Forward to Launching Telehealth Services in 20+ Cities

Young healthcare heroes embarking on a mission to save the world

Researchers unveil electronics that mimic the human brain in efficient learning
Health tech and the future of predictive medicine
Sens.ai, A Revolutionary Brain Training Solution That Everyone Can Use From the Comfort of Their Hom...