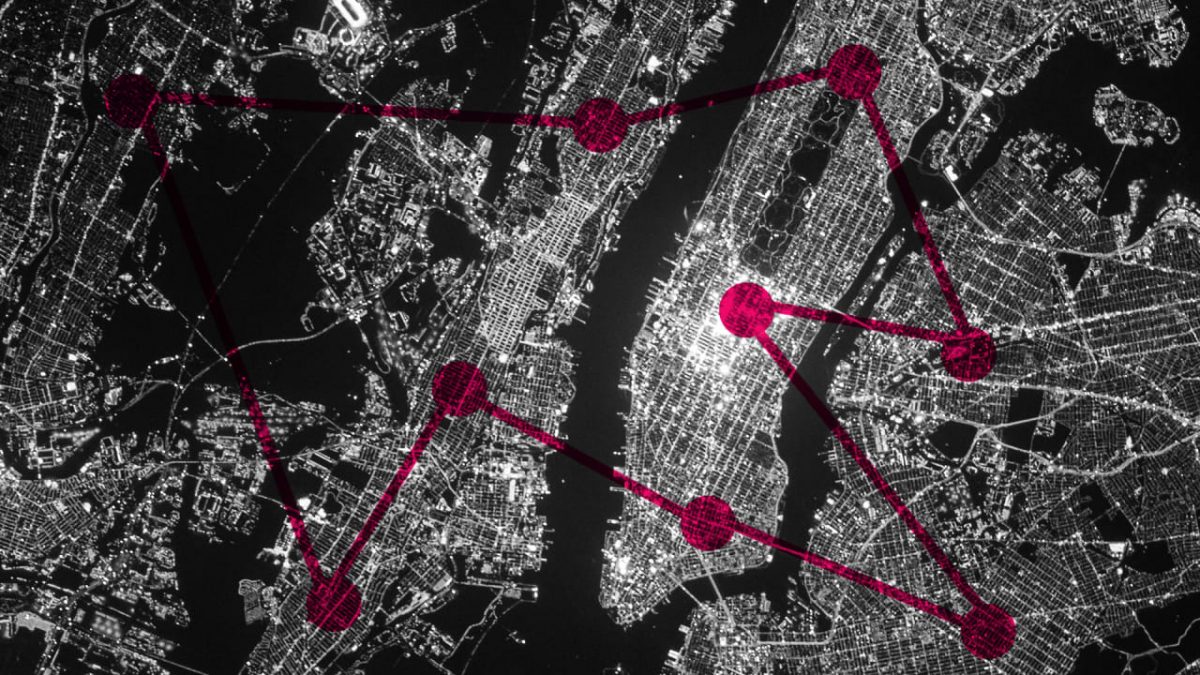 Apple and Google held a joint press conference on Monday to explain their recently announced collaboration on a phone-based approach to tracking—and then interrupting—the spread of coronavirus.

The companies are making changes to their respective mobile operating systems to allow iOS and Android devices to use Bluetooth to detect and record when they come within 10-15 feet of any other iOS or Android device (provided its owner has opted in). If you use the app and anyone you’ve encountered later tests positive for coronavirus, your phone will alert you of that fact.

By implementing this technology, the companies are digitizing an old, arduous epidemiological process called “contact tracing,” in which health workers trace the transmission of the disease from patient zero to any person with whom they may have come in contact. The lines begin spreading out like a tree from the original carrier as days pass and new contacts occur. The goal is to catch up with the spread of the disease, then change the behavior of the most recent infectees so that they can’t pass it on. Historically, this has all been done through hard shoe-leather detective work.

The new system “digital contact tracing” takes advantage of a device that’s always with us to track the course of a disease. The two companies say that in phase one of their project, which will begin rolling out in mid-May, users will need to download an app developed by a public health agency. That app will be able to access the digital contact tracing data collected by the phones. In phase two, the companies will build the functionality deeper into their operating systems so that users no longer have to download an app to start contact tracing. They just opt in.

During the whole process, no personal identification data or location data is transmitted.

Let’s say that 10 days after I download the app and start tracing (meaning my phone is both broadcasting a crypto-code to identify itself to other phones and receiving the same from other phones around me). I test positive for coronavirus. I would then report that fact to a secure server managed by Google and Apple. The server would then alert the phones of anybody with whom I’d come in contact in the last 14 days (people can carry the virus for 14 days before showing symptoms). The person who receives such an alert would go to the health agency app they downloaded and find instructions on what to do. This may mean self-quarantining, getting tested, or going in for treatment.

Privacy advocates have raised concerns about some of the other ways technology could be used to track the virus’s spread. Apple and Google spokespeople stressed that during the whole process no personal identification data or location data is transmitted. They point out that they are using their control over two widely used mobile operating systems to capture and provide data to public health authorities.

The 800-pound gorillas move in

Meanwhile, others are left out. There are numerous contact tracing apps in existence, many of them from non-governmental organizations. These developers will be left out of Google and Apple’s program. They’ll neither be able to contribute tracking data nor receive it from Apple’s and Google’s API.

A Google spokesperson said that the tracking data should be restricted to organizations that are legally allowed to practice public health. The person said third-party apps have struggled to do much good, because they can’t bridge device types or operating systems. Of course, the virus recognizes no such barriers. So the third-party apps fail to track a large enough pool of people to prevent the disease from moving through a population.

If anybody can reach a critical mass of people with a smartphone-based effort it’s Google and Apple, which control the two most popular mobile operating systems in the world. The companies cite one study saying that contract tracing can stop the momentum of a disease if the effort is large enough to track 50% to 60% of the population. Even with less participation the effort can slow the advance of the disease enough to avoid overloading health providers, one spokesman said.

But for people to willingly allow such tracking, they’ll have to trust that Apple and Google have only good intentions. Making that case was perhaps the biggest reason for Monday’s press call. The companies’ representatives said over and over, in many different ways, that the initiative won’t betray the privacy of the participants, or allow the tracking data to somehow be repurposed later on. Some privacy advocates have their doubts. I suspect most people won’t worry much about Apple’s intentions, but they may feel a little less secure about being tracked by Google.

The price of individualism has proved to be the loss of privacy
How To Use IoT For Smart Parking Solution Development
Spatial Beats: Facebook, Snap & TikTok
Tags #1_Trends_Bonus #Covid
Digital Transformation

Why Retail and Restaurant Automation Is On Fire

Scientists Create Material Made Entirely Out of Electrons