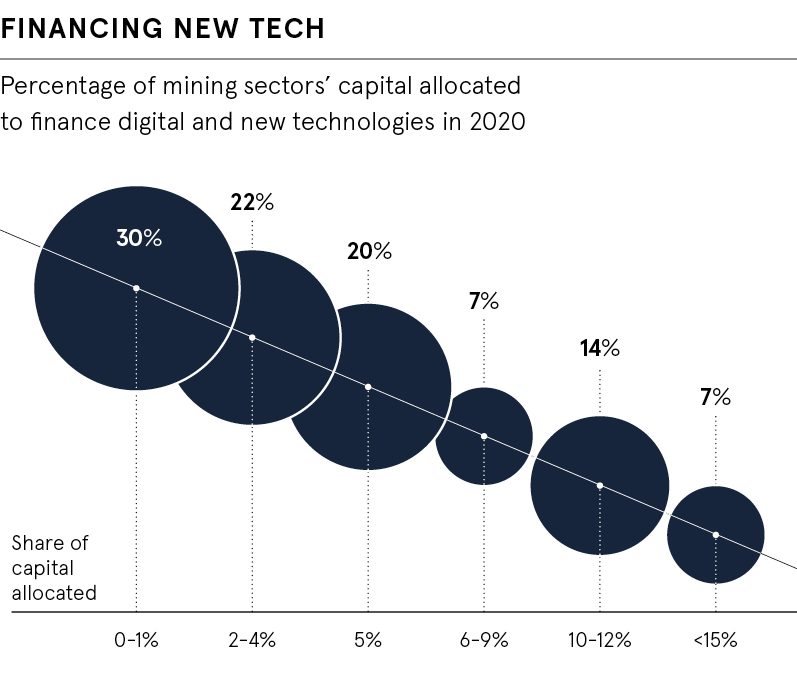 Mining is a traditionally analogue business. After all, the industry’s symbol worldwide is a hammer and pick. Yet, despite the sector’s antiquated reputation, some major mining companies are taking a progressive stance and proving digitisation and automation can achieve much better operational outcomes.

Known as Mine 4.0, the industry is seeing digital transformation creep into everything from trucks, drills and trains to back-office processes, such as procurement and supply chain logistics.

Miners have very little control over the revenue side of their business, as the global commodities crash of 2014 to 2015, when prices plunged by more than 30 per cent, and indeed the coronavirus epidemic demonstrate. Therefore, lowering costs and improving efficiency in the industry’s three biggest areas of expenditure – wages, energy, and materials and supplies – has become paramount for shoring up the bottom line.

The industry leader in robotics adoption is Rio Tinto. The company has undergone a decade-long digital transformation at its Australian Pilbara operations, investing billions in autonomous trucks, which have 15 per cent lower costs, unmanned drills, trains and drones for its mine sites.

RPA software manages maintenance order requests, as well as scheduling, ordering, learning and development, finance and other core services for its iron ore business. The company saves around $200 million a year in maintenance costs through RPA, predictive maintenance and other information technologies.

How robots can spot unforeseen dangers

Similarly, asset management software service provider Aspen Technology has worked with De Beers, an Anglo-American company, at its Orapa mine in Botswana to implement a predictive maintenance pilot on its rock-crushing technology. The anomaly agent software, which works in the background to spy irregular changes in machine behaviour, identified three potentially serious issues months before a major event could occur. This saved the company millions of pounds, according to Mike Brooks, global director of asset performance management solutions, at Aspen Technology.

Robots don’t make errors, don’t get tired and can work 24/7. They are also much easier to scale up and scale down

“Around 63 per cent of all maintenance is unnecessary, so once companies develop trust in predictive maintenance technology, they can extend their maintenance intervals because they know the software is going to tell them when intervention is required, rather than doing it routinely,” he explains.

Celonis software mined the company’s business processes to discover how they are executed, highlighted the inefficiencies and then analysed how to improve them.

“It’s about looking for opportunities to reduce effort. This could be through RPA or other mechanisms, like improving data quality, better automation with your suppliers and customers,” says Alex Rinke, co-founder and chief executive of Celonis.

Therefore, when adopting RPA and other information technologies, companies should consider intelligent versus unintelligent ways of cost-cutting, says Rinke. Namely, rather than take a job process and automate it as is, which may not be the most efficient way, first make it efficient then automate it. “It’s a much more valuable approach,” he says.

The intelligent use of RPA can also be dependent on the geographical, socio-economic and political environment of an operation.

“Firms need to consider ‘is there a supporting skilled labour market?’ If the system breaks down, do we have to fly in specialists to repair and maintain the system or can we find immediate solutions?” says Professor Fidelis Suorineni, dean of the School of Mining and Geosciences at Nazarbayev University, Kazakhstan.

“In some countries red tape could delay imported supplies for months at the expense of productivity. These situations will dictate whether RPA is intelligently or unintelligently applied.” 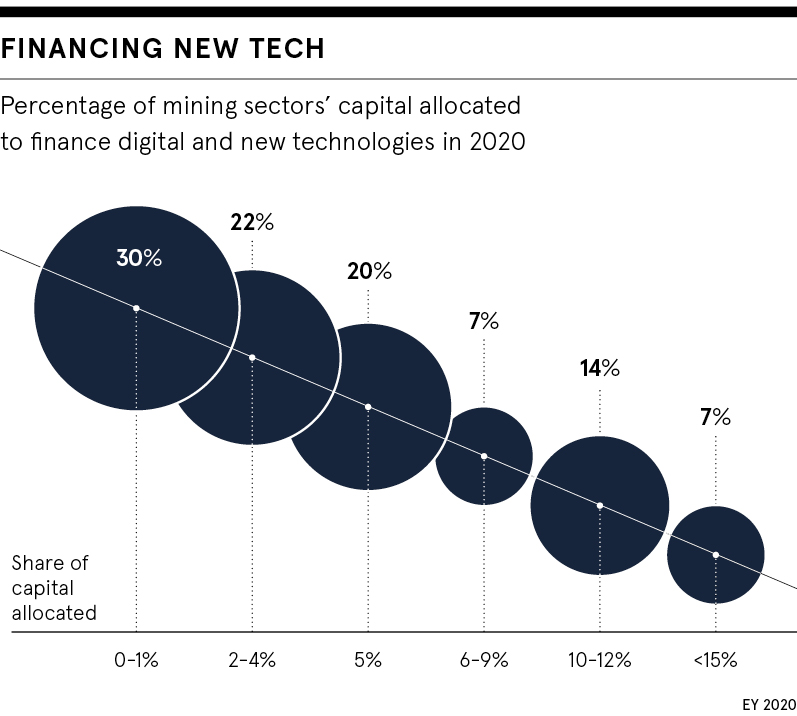 Unlike humans, robots don’t make errors, don’t get tired and can work 24/7. They are also much easier to scale up and scale down, which is a huge advantage in the cyclical mining business.

RPA also typically leads to a reduced workforce. Looking at Rio Tinto’s operations, the CFMEU Mining & Energy Union in Australia has noted a trend of increasing capital intensity and declining jobs per dollar invested. While this reduces costs for firms in the longer term, it’s a trend that scares many.

Michael Proulx, director of research at environmental, social and corporate governance research and ratings firm Sustainalytics, says though automation is likely to reshape the work environment for employees fundamentally, especially for larger workforces, if managed correctly it can be a positive change.

“In some cases workers will be upskilled, which requires investment in educational infrastructure and training. It can also dramatically improve safety by taking workers out of dangerous jobs,” he says.

Lack of available skilled labour to drive the Mine 4.0 concept and principles is rarely talked about, says Suorineni. “Globally, mining education enrolments in universities have dropped to unimaginably low levels at a time when a new generation of mining engineers is needed,” he says.

But Proulx warns companies need to be prepared to deal with inevitable social shocks and potential unrest as mining and other industries continue to shift towards digitalisation. These should be managed by mapping strategies to the United Nation’s sustainable development goals, he advises.

Overall, automation in mining, as in any industrial setting, is proven to improve operational efficiency and help manage market shocks, such as the impact of COVID-19. This resilience, as outlined in Sustainalytics’ recent thematic investment report, is also considered by investors as a marker of a sustainable and, therefore, more investable business.

Harnessing Technology for Value Creation - Middle Market Growth
The office as we knew it is dead
You Say You Want a Digital Transformation?
Tags #2_Transformation #Saved For Later
Healthtech

It’s all in the mind(set): digital transformation in pharma – Pharmafield

The Autonomous Systems Pattern Of AI

The Blockers and Catalysts of Digital Transformation

How Your Data Hygiene Impacts the Customer Experience

Now is the time for insurers to become data-powered companies

5 Challenges to Every Business Transformation and How to See it Through to the End
The pandemic has accelerated the pace of digital transformation – is your business ready for the ‘ne...
Pfizer’s digital chief: Technology can speed the race to a COVID-19 vaccine