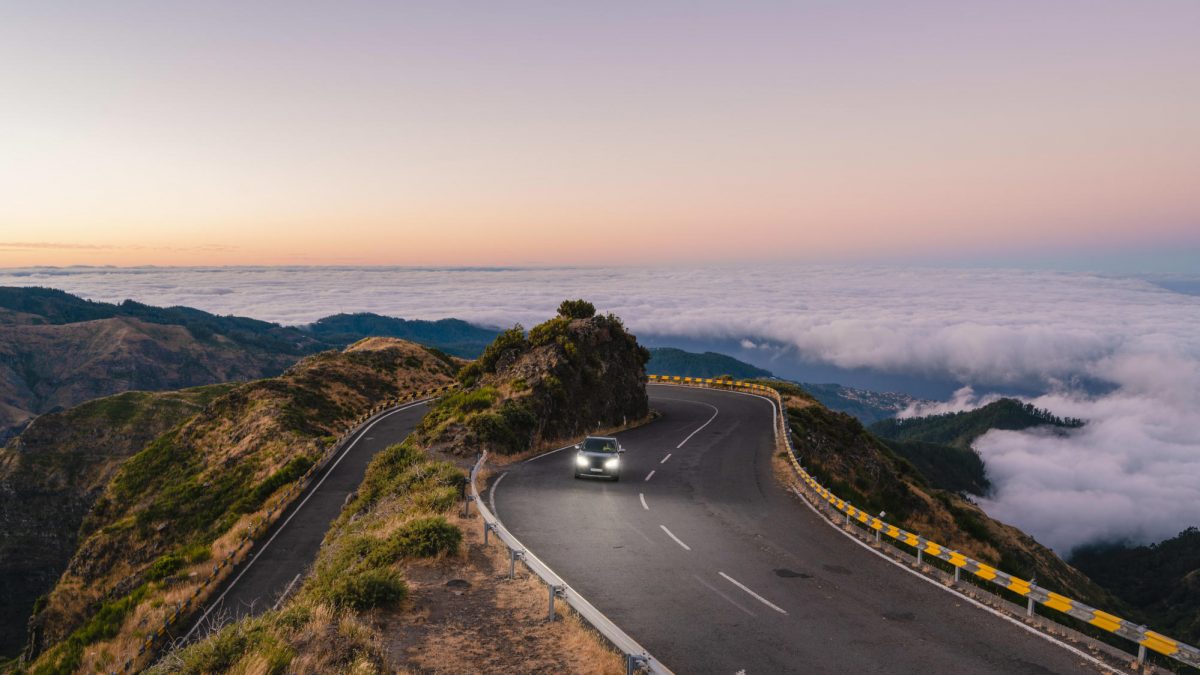 Co-Founder and CEO of Root Insurance Co., Alex Timm, joins Yahoo Finance to breakdown driving trends as Americans hit the road for the summer and what Root Insurance Co. plans to do to pave its way as a top insurance company.

– A lot of people gearing up to take road trips this summer. What is that going to mean for vehicle traffic and the insurance industry by extension. Alex Timm is joining us now. He’s co-founder and CEO of Root Insurance company. Alex, it’s good to see you. And so I am curious. You know, you guys being an insure tech company, you have access to a lot of data.

And so I’m wondering what you’re seeing in terms of the sort of traffic trends out there. But by the same token, last year, even though many of us were locked down, was also a big year unfortunately for accidents. So I’m curious, on those two fronts, sort of traffic and accidents, what your data is telling you?

– Good to be with you again. And thanks for having us. And you’re exactly right. What we are seeing in our data is that people are driving more. And actually, that trend has really happened. It began happening in March and April of last year. We saw people driving much, much less. And then through the summer last year, we actually saw people begin to drive more. And what we really saw was that the commute started to be replaced with road trips. So longer term summer trips. And that’s really remained true.

– Alex, m that we’re beyond peak stimulus, whether it’s stimulus checks or folks now getting pushed off their extra unemployment, is your written premium growth, is that growth rate slowing down?

ALEX TIMM: Our growth rates aren’t– you know, we feel really confident about our growth rates going forward. And we just had our record quarter in Q1 where we did over 200 million in written premiums. Which is the first time in the company’s history we’ve ever done that. And we anticipate– and we’re still really early on in the company’s journey. Although 200 million sounds like a big number for us. You’ve got to put that in context, right. It’s a $270 billion industry.

– And so Alex, when you think about that reinvention, you know, I recently bought a car and got insurance. And there was an option to have a policy that was basically, you know, like a good behavior type policy, right. It would be real time. You know, how we’re driving. And I’m kind of seeing Root as looking at that as the real opportunity.

I mean, how reticent are not only customers– when I was thinking about it, are they going to, like, ding me if they catch me going 85 down the highway and it’s, you know, 20 over the limit, all that stuff? And, you know, how reticent are drivers to do that? And then how are you competing against these big entrenched players, which are looking at your kind of model, and saying, you know, we might be able to imitate that as the new kids come on the block?

ALEX TIMM: Yeah. And you’re absolutely right. You know, what we see, though, is that consumers actually really want this data to be used in order to price them. You know, if you don’t use this data. And you ask yourself, well, what is my price getting set on if I’m not sharing this sort of driving and behavioral data? It’s pretty egregious. It’s pretty offensive. It’s actually your credit score, your occupation, your age, your gender, your marital status. Some things that to a lot of consumers feel a lot worse than, you know, whether or not you’re speeding.

And so what we’re seeing is actually consumers are hungry for a solution like this. It gives them back control. Puts them in the driver’s seat. And so they certainly– you know, what we’re seeing is that the take up rates are certainly there. And they trust us with their data which is important too. You know, in terms of the incumbents, the incumbents, most of our competitors were founded before World War II. And although they might look at us and say, well, this is great, we should hop in and really become leading too in mobile technology and artificial intelligence.

They have a lot of challenges to overcome in order to do that. Now, they’ve got a lot of strengths. We respect them in many regards. But in terms of our technology, our product, and what we’re able to deliver, it is something that can not easily be imitated by any stretch of the imagination.

– Alex, so go back for a second to the idea of monitoring people’s driving and giving them better rates or worse rates depending on that.. What work have you guys done on distracted driving, in particular, texting while driving? For example, you guys had a bit in your shareholder letter about zooming while driving. Can you tell if people are doing that? And how many people are doing that?

ALEX TIMM: Texting and driving and distracted driving is an absolute pandemic. And it’s only rising. Even though we’ve been adding all of these safety features to vehicles, autonomous driving or semi-autonomous driving, the rate of accidents and the cost of accidents in total is actually still rising. The auto insurance industry has actually been growing. And that to a large degree is because as we put more distractions into vehicles, whether it’s– you know, a Tesla is almost an iPad on wheels. But we continue to see distraction continue to increase.

And it’s actually arguably the number one cause of accidents right now today. And it’s definitely the number one cause of fatalities. But one really interesting thing about texting and driving and distracted driving is these people don’t even hard brake, right. We’re not even seeing them. They basically just run right into the accident. They don’t even see it coming. And so when they do have an accident, it’s actually incredibly severe. We’re not talking about fender benders.

– Now, Alex, Root is building out autonomous claims processing capabilities. How much margin risk does that create in the business for the rest of this year?

ALEX TIMM: So far, we’ve been really pleased with the results that we’ve had through our claims automation. You know, the industry average to close the claim is just North of 10 days. And we’re roughly half of that at five days already. And the reason we’re able to close the claim so fast is really through lots of automation. And we’re very close to a fully autonomous solution.

And actually, as we’ve done with that, we’ve simultaneously seen our severities come down, not up. And the reason for that is because the faster you can solve a claim, typically, the cheaper you can solve it. And so we’re actually seeing the flip of the margin risk. We’re actually seeing margin gain because of it. Not only because it’s cheaper obviously for computers to do things in humans but also because as you settle claims faster, you actually become much more efficient.

– Alex, nice to see you again. Alex Timm, co-founder and CEO of Root insurance. We’ll talk to you soon.

Mark Cuban: DeFi could be the ‘next great growth engine’ for the US

Five steps to improve innovation in the insurance industry

Beyond Insurance – the new strategy for incumbents? – The Digital Insurer

Three Waves of Insurance Innovation Are Here—Are You Ready?
Future insurance transformation programmes: What does that look like?
Council Post: Five Technology Trends In The Insurance Industry