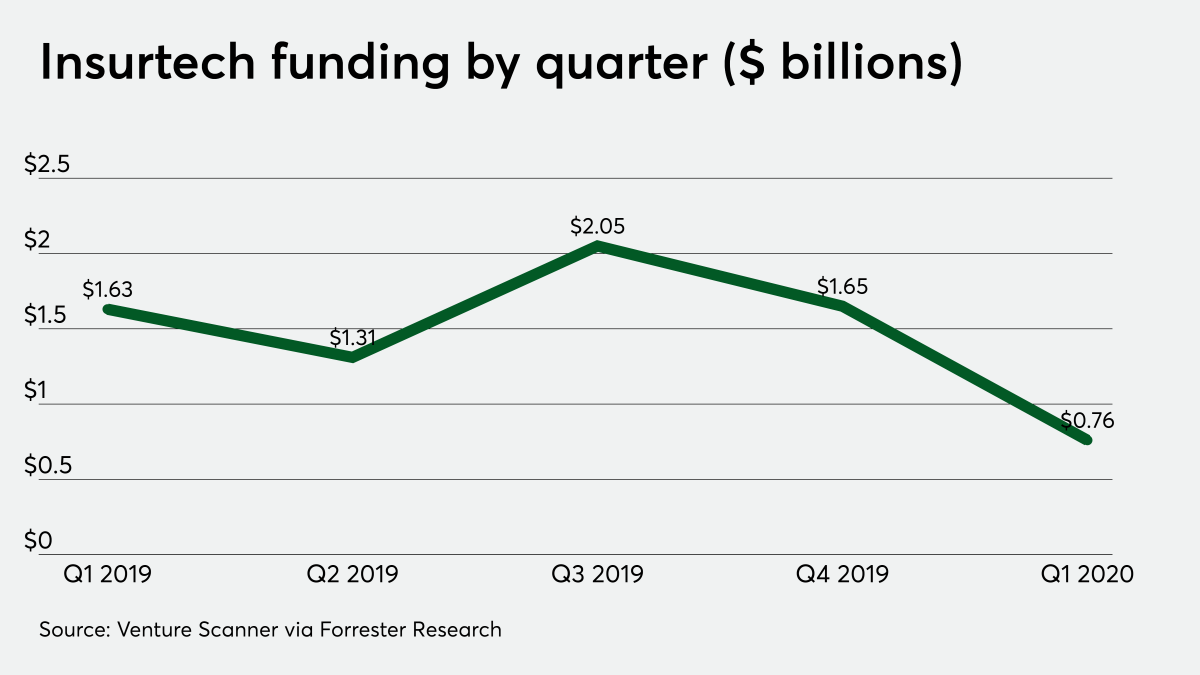 Insurtech startup funding hit three-quarters of a billon dollars in the first quarter of 2020 before the coronavirus crisis put the brakes on deals, according to Forrester Research.

The Insurtech Funding Roundup, Q1 2020, by Forrester’s Jeffery Williams and August du Pont, reports that while January was still relatively active in the sector, capped by a $100 million deal with Policygenius, activity dropped in February as the world’s response to the virus led to an economic contraction. 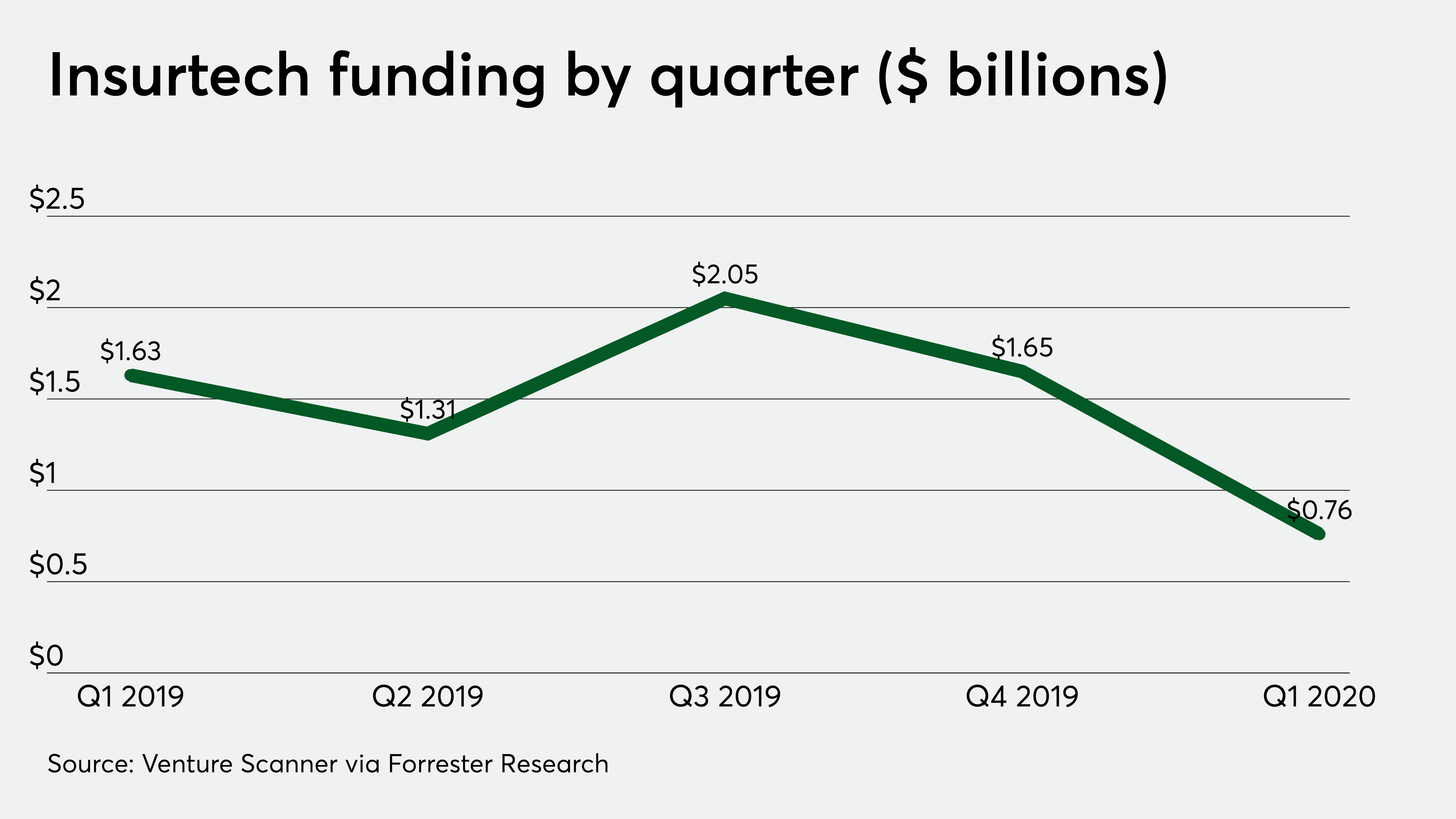 In addition, the insurtechs available for investment were less mature than in past years, as a wave of startups “had matured together and received generous late rounds over the course of 2019, including a $635 million series D round for US health insurer Bright Health and a $250 million series C round for US small business insurer Next Insurance,” Forrester wrote.

Digital insurers competing with carriers have found a rocky road so far this year, Forrester said. Most activity is heading into automation and AI overall, and comparison sites and digital agencies among incumbent insurers. But even then, with the virus’s effects lasting long past the illness threat recedes, it’s likely to be a lean year overall.

“Digital insurers have not become enough of a threat to traditional ones that they can count on funding,” the report says. “Expect a wave of acquisitions as incumbents look for a good deal in upgrading their front ends.”

Why it’s time for new data architecture in insurance

Automation is shaping the insurance workforce

What insurtechs need to scale successfully

Applications of AI in FinTech, InsurTech & The Future with 5G