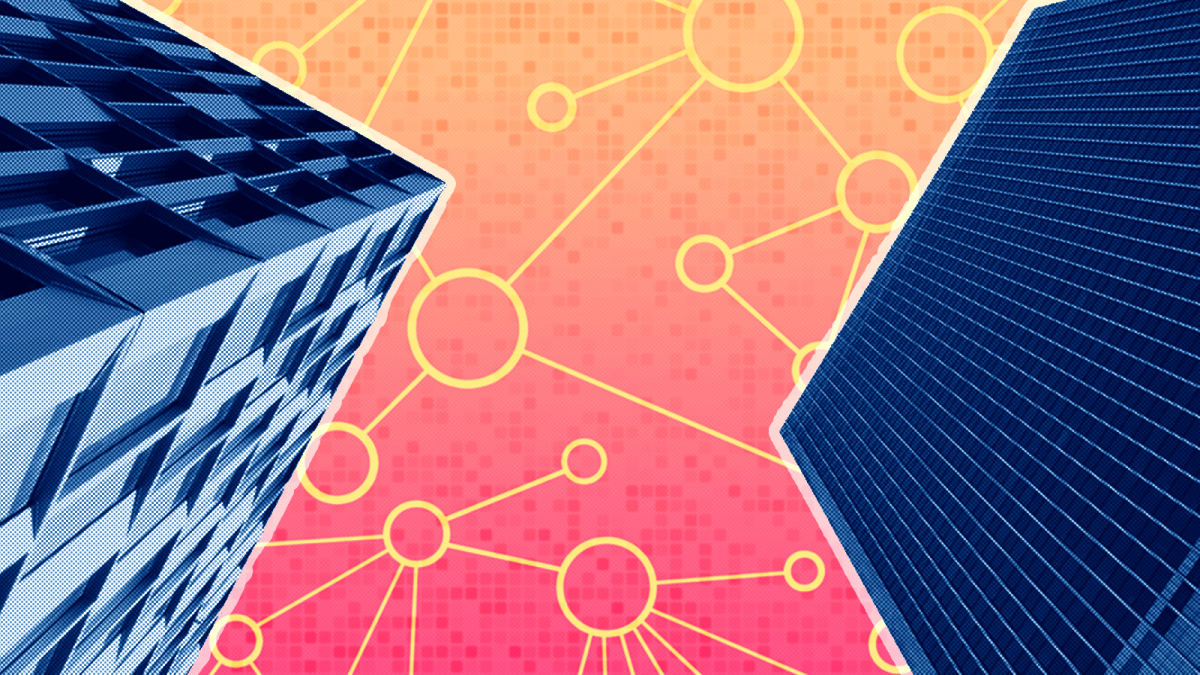 IoT and Blockchain: The Future of Smart Cities

The first smart cities are already being created, and soon, every one of us can be called smart citizens. Our lives will change, and a mass of new advantages will emerge: fluid and efficient operations of public transportation and competently distributed traffic, low crime rates, process automation, service quality improvement, and much more.

Existing smart city concepts include within themselves a variety of equipment with sensors for collecting data. This could be driverless transportation, drones for the delivery of goods, city cameras for monitoring, automated stoplights, and any other equipment for that matter. This makes the collection of personal data an inevitable fact, which is why it is necessary to prevent this data from being accessed by unwanted third parties.

The collection and storage of personal data create a risk for the personal lives of every human being. Developers of solutions for smart cities must provide a transparency policy for the exchange, confidentiality, and security of data for end-users.

This is exactly why blockchain technology opens up the possibility for all participants of such a process to collect and exchange their data with a high level of reliability and security without the involvement of a sole centralized administrator or intermediaries.

There exist many solutions that utilize blockchain technology for cities of the future. For example, smart contracts. These agreements can be executed autonomously if pre-established conditions between several parties (for example, a human and machine or a machine with other smart systems) are met. Blockchain does the job of storing smart contracts due to its security and technological immutability.

The decentralized storage of data requires a distributed cloud storage system. Blockchain technology can be used to create a secure and encrypted cloud analog, ensuring accountability and transparency.

Solutions for logistics and the management of finances with the utilization of blockchain technology at a city level can increase efficiency and guarantee transparency by eliminating unnecessary verification steps.

In smart cities, all devices connected to an Internet-of-Things network can receive and relay data and execute commands. Therefore, providing remote monitoring and adaptive management functionality. Thanks to the use of blockchain, data from city sensors can be converted into tradable tokens. Imagine a scenario wherein a parking lot sensor generates information on whether or not it is occupied. The operator of an available parking spot search service in a smart city purchases this data. Such solutions can fuel the private business of investing in sensors and recouping investments to install sensors.

These are not the only avenues for the application of blockchain technology in smart cities. This technology allows for a combination of various Internet-of-Things and robotics services and eliminates the possibility of security violations, and guarantees an uninterrupted transaction flow.

Developers of solutions for smart cities frequently collide with ethical questions, difficulties in integrating technologies, legal limitations. This is why such technologies are developing at a rather slow pace. Despite this, a few interesting projects are occupied with the integration of blockchain for the use of IoT.

Two of them occupy fairly strong positions in the market: IOTA and Robonomics. Both were founded over 5 years ago; they operate actively and transparently and create blockchain solution integrations for various sectors of smart cities.

Both platforms are open source and allow engineers to propose their own development improvements and create new projects based on the platforms. The primary difference lies in conceptual approaches.

IOTA has existed since 2015 and develops solutions following the ‘Internet for Everything’ model, which assumes the ability to exchange valuables and data between humans and machines. At the start of its work, the company declared itself to the world quite loudly and occupied a leading position in the market. However, just a year following its launch, their wallet fell victim to a major hack. Amongst other subsequent errors, security breaches led to the loss of activity on IOTA in 2020. Before the hack, it was one of the largest five digital currencies. At the time, its market capitalization was slightly above 13 billion dollars. Recently, the IOTA team announced the project’s rebirth. It is currently unknown how it will develop further and if it is protected from future hacker attacks.

Robonomics is a decentralized platform with open source code for IoT. The team is working on developing an ‘Economy of Robots’ concept, where robots and other automated systems become full-fledged agents in the real sector of the economy. Smart devices can independently make decisions about their maintenance, pay for electricity, receive funds for their work, and much more. In addition to this, Robonomics is creating ecological projects for monitoring air quality conditions with the help of sensors and water pollution levels using drones. They also created a green finance market. Robonomics engineers have been developing their cases since 2016 using the Ethereum blockchain. In 2018, they integrated their solutions within the Polkadot ecosystem.

Polkadot protects the project from hacker attacks, those from which IOTA suffered in its time since it operates on the shared security principle. This means that all external systems connected to the Polkadot Relay Chain using renting a parachain slot – receive economic security provided by independent validators.

Other projects worth paying attention to were established during an active time of interest towards the blockchain industry in 2017: IoTex, IoTChain, and Hedera. They offer a new generation of services to ensure the security and privacy of smart device data.

Certain projects create solutions using protocols built on their own architectures, but this opens up vulnerability to cyberattacks. Others use popular public blockchains, such as Ethereum and Polkadot. Amongst existing solutions in the market, these networks can support the connection of a large number of smart devices and guarantee their continuous operations with low fees for users.

We have reached the fourth industrial revolution; technology is gradually becoming a necessary component of our lives. The creation of smart cities is inevitable. Thus it is necessary to develop solutions for them that are secure from the point of view of transparency and user confidentiality. Blockchain technology can assist in this matter and will allow solving many ethical problems.

In addition to security, blockchain opens up the opportunity for additional income, secure contracts, the interaction between machines and other services for citizens of smart cities. Technologies that exist in the market and developed by IOTA and Robonomics provide solutions for connecting smart devices, their integration as participants in the human economy, transparent and secure data control, and much more. According to World Economic Forum research, projects creating blockchain solutions for smart cities hold great potential in the market. Right now, this industry is in its nascence, and only time can tell who will occupy the leader position.

How Spatial Computing Can Change Life And Work