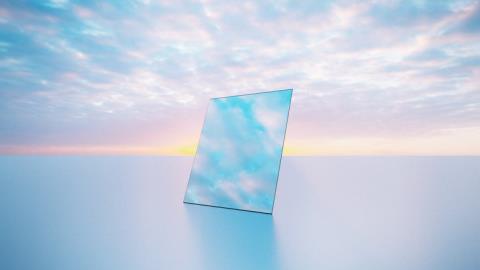 The Metaverse economy could be wort up to $13 trillion by 2030 while what counts as money in this next generation of the internet will look very different from today, according to a new report from Citi.

Since Facebook rebranded as Meta last year, the concept of the Metaverse has taken a giant stride, with firms, including many in financial services, scrambling to understand how the impending move to a more virtual world will impact the economy and their business.

In a 186 page report, called ‘Metaverse and Money, Decrypting the Future‘, Citi has dived into the subject, looking at everything from in-game tokens, to crypto, stablecoins, CBDCs and fiat currency.

A device-agnostic Metaverse that involves use cases such as commerce, art, media, advertising, healthcare and social collaboration could see a total addressable market of between $8 trillion and $13 trillion by 2030, estimates the report.

“Interoperability and seamless exchange between underlying blockchain technology are critical to ensure a frictionless user experience. Different forms of cryptocurrency are expected to dominate, but given the multi-chain trend in the crypto ecosystem, cryptocurrency will likely coexist with fiat currencies, central bank digital currencies (CBDCs), and stablecoins.”

The report cites the example of Second Life, the virtual world that launched in 2003 and by 2021 had a GDP of $650 million with 345 million transactions of virtual goods, real estate, and services. Second Life developed an in-world currency, the Linden dollar, which was in part introduced to cut transaction costs.

However, Second Life is a centralised platform and for the Metaverse to function as an alternate economy, it requires formats of money that are truly decentralised, trustless,
and verifiable.

“We expect the Metaverse of the future would encompass existing forms of money and also a set of digitally-native primitives, tied to non-fungible tokens (NFTs) and other tokens, that were out-of-scope for a pre-blockchain virtual world,” say the report authors.

They argue that wallets like Apple Pay and Google Pay will likely expand the range of supported payment types to fully integrate options in the decentralised world in a way that “abstracts away Web3 complexities the average consumer likely does not want to contend with”.

What The Metaverse Means For The Consumer Electronics Industry

The future of healthcare

A Decentralized Approach To Database Management

The future of cryptocurrencies? 60% of central banks already work on their own digital currencies