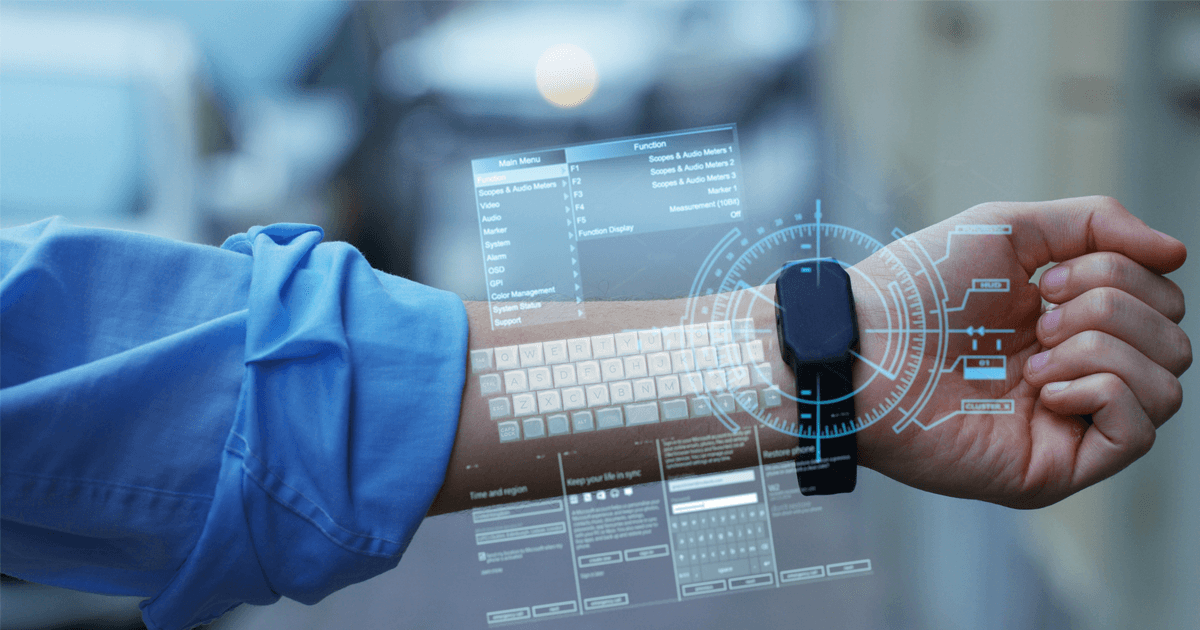 Recently, researchers from MIT demonstrated a new e-skin that can provide key biodata measurements without needing to integrate a processor or battery. What challenges do typical wearables face, what did the researchers develop, and could the future of wearables be remotely powered devices?

What challenges do typical wearables face?

It is no secret that I hold a grudge against wearable devices; numerous articles written in the past have shown my disappointment in the developments of wearable TEGs or medical sensors that never seem to go beyond the laboratory. Furthermore, the idea that smartwatches and smart glasses are wearable tech is somewhat of a stretch when considering that these devices can become uncomfortable to wear, are bulky, and somewhat limited in functionality (I have to wear my AirPods upside down just to prevent pain caused by their bulky design).

In fact, by looking at modern wearables, we can immediately identify the issues that they face. The first is that they are based on bulky electronics technologies, which makes them heavy, large, and ridged. Their inflexibility makes them unable to move organically with skin (and the body by extension), which means they can rub and compress tissue. Not only does this cause sore skin through blisters and chafing, but it can also lead to deep tissue pain and cysts.

Another major issue faced by wearable technologies is the need for a power source. Most power sources currently in mass production are not flexible by nature, and this means that even if an entirely flexible design is developed, trying to power this design presents issues. Some researchers have turned to wearable power generators that utilise body heat and/or sweat, but these rarely provide enough energy to power even the most basic microcontroller.

For a device to be truly wearable, it should be able to be placed onto the skin like a plaster that can go unnoticed or be integrated into clothing so that it can be worn comfortably.

Recognising the challenges faced by wearable electronics, researchers from MIT recently developed a wearable patch that has the same feel as a typical plaster while integrating numerous sensors capable of recording biodata, including glucose levels, sweat, blood pressure, and heart rate.

The new device has the properties of an “e-skin” in that it is constructed from a thin film of a flexible semiconductor, Gallium Nitride, that is then deposited onto a thin layer of gold. The Gallium Nitride layer has piezoelectric properties that both generate power when subjected to vibration and cause a vibration when subjected to an electric charge. By taking advantage of this effect, the researchers could use it as a wireless transceiver capable of transmitting and receiving signals.

While the sensor did operate wirelessly, its use of acoustic waves for communication does present some issues. The first is that a transceiver needs to be placed very close to each sensor patch to ensure a good connection and decent power transfer. A transceiver placed on the opposite side of a room would not be able to work with the new patch developed by the researchers. 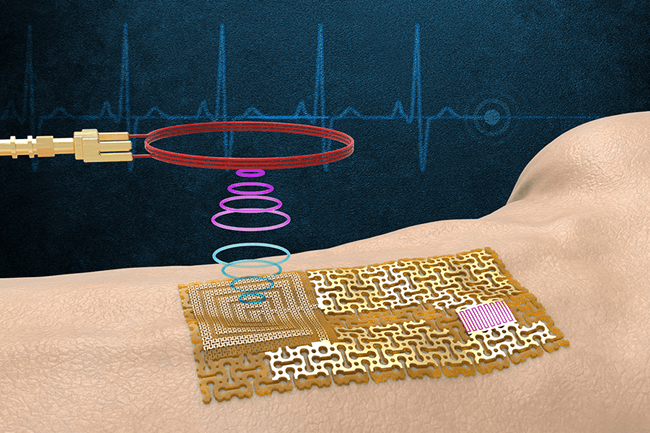 Could the future of wearable devices be in remotely powered devices?

It seems that in the field of wearable electronics, there is a great desire from researchers to eliminate the need for a traditional power source, whether it is via a battery or cable. As batteries are often ridged, they are impractical for wearable electronics, and cables are far from comfortable. Therefore, researchers are looking at two options for powering wearable devices; wireless transmission or generation.

While generation may be possible with the use of TEGs, sweat, and piezoelectric, these power sources are often very limited in power, making them unsuitable for powering even the most basic circuits. Even though progress is being made, trying to generate energy locally is showing little signs of improvement.

However, wireless power transmission seems to show more promise as not only is it already being used for phones and other portable devices, but a power transmitter can output as much power as it needs to activate a receiver. At the same time, wireless power transmission has the added bonus of being able to transfer data while also transferring power. This is often done by the receiver adjusting its ability to absorb incoming energy, which directly interferes with the transmitter (seeing changes in its output signal).

If transmission technologies such as RF are used, it is plausible for wearable sensors to be placed around the body while receiving power from dedicated transmission sources that could either be placed in a pocket or mounted throughout a building.

But there are numerous challenges faced with wireless power transmission, and it is by far one of the most wasteful methods for energy transmission. As such, wearables have a long way to go before they start to blur the lines between the human body and connected devices.

It’s the Future of AI in Restaurants
Why Are Companies Fully Embracing Email Hygiene?
The Future of Networking — Predictions From a Networking App Entrepreneur
Tags #1_Trends_Bonus
Digital Transformation

The time of connected machines with Artificial Intelligence is arriving