Neuroscience reveals how rhythm helps us walk, talk — and even love – CBC.ca 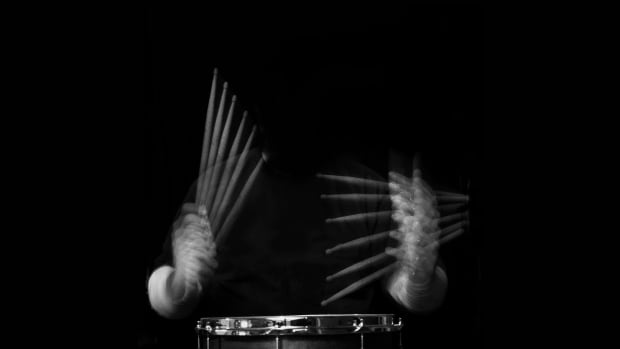 Rhythm begins in the womb and the heartbeat.

And recent findings in neuroscience reveal that for the rest of our lives, rhythm will continue to have a fundamental impact on our ability to walk, talk — and even love.

Take a scenario almost all of us have experienced before. You’re at a wedding. Everyone’s talking, drinking, milling around. Then the DJ plays that one song —  and suddenly, everyone rushes to the dance floor, as if obeying a collective siren call. Some tunes just make us want to move, even if we’ve never heard them before — but why?

It all comes down to rhythm.

Before becoming a world-renowned neuroscientist, Daniel Levitin was an accomplished record producer in California. He’s worked with Carlos Santana, the Police, Stevie Wonder and countless other musicians. He says that when we hear a rhythm we like, our neurons begin to fire in time with the music. And when those neurons start pulsing, our body can’t help but follow along.

According to the author of This is Your Brain on Music: The Science of a Human Obsession, elite athletes have been taking advantage of this principle for decades, even if they’re not fluent in the neuroscience behind it.

Sprinters may listen to music with a tempo that’s slightly faster than their natural running gait. The neurons begin firing at this new tempo and the body follows suit, supercharging the athlete’s performance in a way that would have been impossible without the aid of that rhythmic jolt.

Amazingly, the dynamic that gets people on the dance floor when they hear an infectious groove is exactly the same principle used in the treatment of Parkinson’s.

A “steady, clear beat” can help Parkinson’s patients overcome their characteristic shuffling gait, says Jessica Grahn, an associate professor at the Brain and Mind Institute at the University of Western Ontario. Although this type of music therapy can’t “cure” Parkinson’s, Grahn says it can significantly improve a patient’s quality of life.

Our auditory and motor systems are inextricably intertwined. Music — and rhythm specifically — makes us want to move, says Grahn. But our ability to move also affects the very way we hear music. She has found that Parkinson’s patients actually hear rhythms differently than people who don’t have movement disorders.

And the workings of rhythm go much further.

According to John Iversen, a research scientist at the Institute for Neural Computation, at UC San Diego, without activity in the motor system, we wouldn’t be able to hear the internal pulse — or beat — of music at all. Iversen and his colleagues have developed an hypothesis they call the “ASAP” (Action Simulation for Auditory Prediction), a theory which attempts to explain how our ears help us move — and in turn, how our bodies help us hear.

A study by neuroscientist Peter Donato found the song with the most groove (meaning: how much does this music make you want to move?) is Stevie Wonder’s ‘Superstition.’ 1:42

Language affects how we interpret rhythm

Having a sense of rhythm also underpins our facility with language. Iversen has found that different languages instill certain rhythmic preferences in their respective speakers, and that these preferences affect the way that the speakers actually hear rhythm.

In one study, Iversen presented an ambiguous rhythm to both English and Japanese speakers. The rhythm sequence consisted of alternating long and short tones. With no discernible starting point, the sequence could be interpreted as either “short-long” or  ”long-short.” English speakers heard it as “short-long,” while Japanese speakers heard it as “long-short,” with both groups following the rhythmic cues embedded in their respective languages.

Nina Kraus is a neuroscientist at Northwestern University, who also happens to have worked with Grateful Dead drummer, Mickey Hart. She wishes people spent more time thinking about the relationship between rhythm and language.

Kraus has found that children who struggle to produce, or hear, rhythms also tend to have difficulty with language processing and reading. Through a pair of longitudinal studies in Chicago and Los Angeles, she’s also discovered that playing an instrument or singing for two years can fundamentally — and permanently — improve a child’s cognitive abilities. It’s a testament to the profound effect that rhythm has on our cognition — and a compelling argument for music education.

But while it’s clear that rhythm holds a privileged place in our brains, the question remains: why — why did we evolve to be this way? Scientists still don’t know for sure, but they do have some ideas.

One theory is the vocal learning hypothesis, which postulates that our ability to imitate sounds — to hear something and then recreate it — created a close connection between our auditory and motor systems.

It also explains why a cockatoo (another vocal learner) is able to dance rhythmically, like this:

Another theory is that our ability to process and create rhythms arose from a need for social cohesion. Whether for cooperative building projects or military might, we’ve long needed large groups of people to act as one.

“When I was young, I thought pitch was the most important thing in music. And I’m convinced it’s rhythm. Everything is in the timing. Rhythm is really the essence of music,” says Laurel Trainor, the director of the McMaster Institute for Music and The Mind in Hamilton, Ontario.

“It says you’re working together [and that] you have a common view of the word,” says Trainor.

Whatever its evolutionary basis, it’s clear that rhythm is more than a fundamental feature of music. It’s also a fundamental part of what makes us human.

Guests in this episode:

* This episode was produced by Mitchell Stuart and Greg Kelly.

Will we be happier in the metaverse?
AI, Sensors and Robotics
OpenSimulator offers a glimpse of what a decentralized metaverse might look like
Tags #1_Trends_Bonus
Leadership

It’s Not Imposter Syndrome: How To Create Confidence When You Don’t Know Anything... Yet

How 5G Will Empower a New Era of Manufacturing

How Edge Computing Is Supercharging the Internet of Things

The Future Of Supply Chain Tech: Drivers, Trends And Opportunities
Pattern Recognition and The Neuroscience of Beauty - Daily Times
5 Deep Learning Trends Leading Artificial Intelligence to the Next Stage