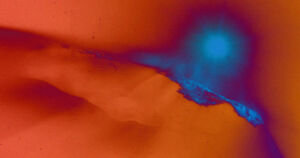 A strange space object, seemingly from another star system, has mystified astronomers ever since it was first spotted back in 2017 — and Harvard astronomer Avi Loeb is hellbent on finding out what it was.

To Loeb, the object — dubbed ‘Oumuamua — could be the smoking gun in a much larger scientific question. The astronomer has loudly expressed the belief that ‘Oumuamua could be evidence of an alien civilization sending a piece of its technology to visit us.

To further investigate that theory, Loeb has now created a new workgroup at Harvard called the Galileo Project. The project aims to “bring the search for extraterrestrial technological signatures of Extraterrestrial Technological Civilizations (ETCs) from accidental or anecdotal observations and legends to the mainstream of transparent, validated and systematic scientific research,” according to a mission statement.

Loeb also explored the theory in his recently published book “Extraterrestrial: The First Sign of Intelligent Life Beyond Earth.” The book led to several wealthy investors getting in touch, according to Science, donating a total of $1.75 million to kick the project off.

The topic of alien technologies has hit a fever pitch this summer. The project was formed shortly after the Pentagon released a high profile report on “Unidentifieed Aerial Phenomena” (UAPs), detailing mysterious sightings made by military pilots over the last two decades — but failing to offer up a compelling explanation.

In a Scientific American op-ed last month, Loeb explored the possible links between ‘Oumuamua and these recent UAP sightings, writing that “rather than simply wonder about possible scenarios, we should collect better scientific data and clarify the nature of UAP,” while conceding that “the possibility that any UAP are extraterrestrial is highly speculative.”

In his search, Loeb wants to look for physical evidence — not just electromagnetic signals — of extraterrestrial civilizations. The astronomer told USA Today that any objects from interstellar space “that look peculiar we should follow up by sending a camera on a space rocket that gets close to them and taking a close-up photograph.”

“If we find evidence for a smarter kid on our cosmic block, it will change the way we think about our place in the universe, our relations with each other,” he told the newspaper.

Back To Business — Or Back To The Future?

How to future-proof your organization

The Health Care Sector is Estimated to being worth $3.5 Trillion and Apple knows that there’s a lot of room for Growth

Artificial intelligence is evolving all by itself