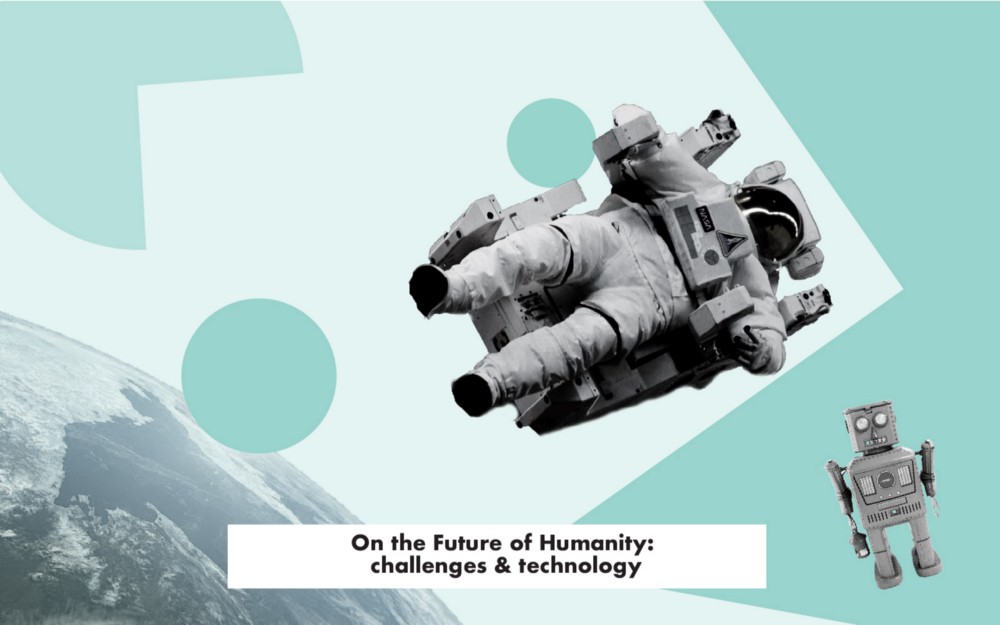 On the Future of Humanity: challenges & technology

Chapter #1: On the challenges the coming generations will have to face

1.Challenges linked to the natural environment:

a. Resources availability- Since the post-war green revolution, which facilitated the automatization of food production leading to an ease of access to supplies, starvation around the world decreased dramatically.

However, and without getting into a Malthusianist debate -today facilitated by the emergence of the latest COVID-19 -, it was originally underlined by the World Resource Institute that by 2050, there will still be a 56% unresolved food shortfall. Not mentioning water shortage, which should in turn impact 2/3 of the population by 2025.

When taking a step back, it’s easy to see how technology and robotization for production and water optimization will be necessary in turning farming as we know it into Agriculture 4.0, allowing us to ensure a smarter and more efficient use of our increasingly scarce resources.

b. Climate change’s impact- While walking through Venice a few months back, it was incredible to see how the city has changed in the last decade alone — the rising sea levels gradually making it disappear. Fuelled by climate change, other places in a similar situation [think of Miami, Shanghai, Mumbai and Jakarta amongst others] not only see floods becoming more common but the newly affected weather patterns have also influenced their architectural design [think seawalls, raised walkways, higher first floor levels]. The pressure is already growing fast on metropoleis, as urban population grows. If climate change forces mass migration, then existing infrastructure, services and economies will also have to be re-thought. The economic impact to regions will be profound as climate refugees as well as epidemic crisis could become the new norm. This could, in turn, affect geopolitics and further impact the sense of individual and national identity.

Moreover, the rising sea levels could also impact the physical infrastructure of the Internet itself. A study finds that by the year 2033 and in the US alone, more than 4,000 miles of buried fiber optic conduit will be underwater and more than 1,100 traffic hubs will be surrounded by water. This doesn’t suggest that the internet as we know it will disappear, but instead that the data generated for years will be more exposed and fragilized. Indeed, while internet infrastructure is designed to be waterproof, it’s not designed to be permanently underwater, hence, data centers, traffic exchanges and termination points -all components vital to the information highway as it is currently constructed- will need to be transferred and reorganized differently.

2. Challenges linked to the societal environment:

a. Identity loss- In his Forbes publication “The Technology Of Identity And The Loss Of The Self”, anthropologist Julian Vigo explains how a loss of identity is predominantly associated with a loss of values: you can’t know who you are unless you know what you stand for. When we lose our identity and sense of self, we are likely to seek our sense of self-worth from others. Viewed from a national point, it makes sense that people looking for themselves would seek out “strong leader figures” [here think of the rise of nationalist and populist parties all around the world].

It seems that the cynicism institutional narratives now inspire, coupled by information overload, fake news and tech megacorps taking the role of educators are redefining our identities in a way we do not control anymore: indeed, the ways in which the current technology is designed only tends to reinforce our own belief system — the great “confirmation bias” syndrome. Google’s servers stores and its algorithms can anticipate our search patterns. Likewise, LinkedIn, Facebook and other social media platforms “suggest” connections and content we may be interested in. As touched upon in my previous Medium article “Social Media: the good, the bad and the ugly”, “liking” something on Social Media creates an ecosystem of shared beliefs that skews our objectivity and decision making for the sake of AI, as it needs data to “learn”.

Could all this illy influence our identities by promoting unconscious confirmation bias and poor decision making despite having the necessary information to make educated ones? We cannot escape the irony.

b. Questioning narratives- What happens when we don’t need to work to survive? As we all know by now, the pandemic, which just democratized remote work, has also started to normalize the idea of the UBI [the “Universal Basic Income”] in places such as Canada and Spain.

Moreover, in the last years, we’ve been witnessing with fascination how the workplace is evolving: from cubicles to open-spaces, from 9–5 to flexible work schedules and from office work to remote lifestyles.

Without going into the details of how all this will impact our perception of work and hierarchy, because of the increased ability of the tech giants [GAFA & BATX counterparts] to predict the ways of the world [by owning our data & investing in AI research to the point of facilitating the transcendence of death itself], the idea of governments as we know them now might also soon enough become obsolete — as the latter seem to be losing control over today’s most vital power sphere: Technology -. Indeed, we seem to be entering into an era in which the rule-makers are not political figures anymore but rather business-tech-leaders. Don’t get me wrong, I don’t think these leaders will work towards putting Humanity at risk [although it’s almost perplexingly comical to see how even Zuckerberg and Musk disagree on fundamental matters of our Future, namely: AI].

I’m just worried that all in all, we’re forgetting the point of Montesquieu’s notion of Separation of Powers: the idea that we need to maintain a certain degree of independence between power spheres to ensure impartiality in decision-making.

Note that that’s actually what Decentralized Technologies [such as Blockchain and other privacy-oriented solutions] are trying to solve [but I’ll get to that in later articles].

3. Challenges linked to the biological environment:

a. Instincts in times of uncertainty- There is a theory that says that we haven’t been contacted by extraterrestrial life [“yet”, but let’s not despair, it’s 2020 after all and anything seems possible…] because when a civilization reaches our stage of development, it becomes unstable and destroys itself. At its heart, this is the Berezin answer to what’s called the Fermi Paradox: the perplexing scientific anomaly that despite there being billions of stars in our Milky Way galaxy [let alone outside it] we’ve never encountered any signs of an advanced alien civilisation [and why not?].

This becomes of the utmost importance when we know that, realistically “we will not establish self-sustaining colonies in space for at least the next hundred years, so we have to be very careful in this period”.

This idea of violent survival instincts has actually been illustrated very clearly in these times of crisis, from the lowest to the highest spheres of power: from people fighting for toilet paper, to governments declining responsibility in obvious international most immoral, disrespectful and dangerous practices.

It’s actually easy to rationalize: survival entailing competition and thereby, naturally, a sense of destruction — the classic Darwinian “Survival of the fittest” theory.

[[On that topic, let’s not forget that we’re biologically, just like computer viruses are in electronic terms, pretty close to parasites. Indeed, and that relates to the first article I wrote, “The narratives of technology: From NAND gates to social engineering” a human being like you and I, just like a computer virus for example, has two specific sets of instructions:

The instructions that tell the system how to keep going and how to reproduce itself (in biology, these are called “genes”)

A system to carry out these instructions (these are the “metabolism”)

When we think about most forms of life, including ourselves, we also feed off and depend on other forms of life for our own survival. Hence, we fit the technical definition of the concept of a “parasite”. ]]

b. Technological intrusiveness- From technology printed on silicon chip and packaged in non-human external hardware, we are increasingly evolving towards a total symbiosis with the human body:

At this stage, machines and humans interact but there is no symbiosis per se in between the human and machine state: external interactions with IoT powered devices, AI machines, our smartphones and computers.

As of today, Transhumanism is basically the idea that man is merging with technology for the sake of improving its natural capabilities. The term was first coined by biologist and philosopher Julian Huxley [whom note, was the first-ever UNESCO director and a founding member of the WWF — what an incredible Huxley family!] in 1957 referring principally to improving the human condition through social and cultural changes. However, since then, the word “transhumanism” has been more widely adopted as seminal by the transhumanist movement, which emphasizes material technology.

CRISPR technology is a simple yet powerful tool for editing genomes which allows researchers to easily alter DNA sequences and modify gene functions. Its many potential applications include correcting genetic defects, treating and preventing the spread of diseases and improving crops [think about what it means in a post-COVID-19 era]. Obviously, its promise also raises ethical concerns, as detailed in many publications such as Discovery Magazine.

How Automation Can Improve Employee Satisfaction

A welcome shift away from shareholder supremacy – The Japan Times

Have You Heard Of Servant Leadership?
How To Redesign Leadership Development: 6 Guiding Questions
Technology and the Future of Work: A lot more than just Zoom calls