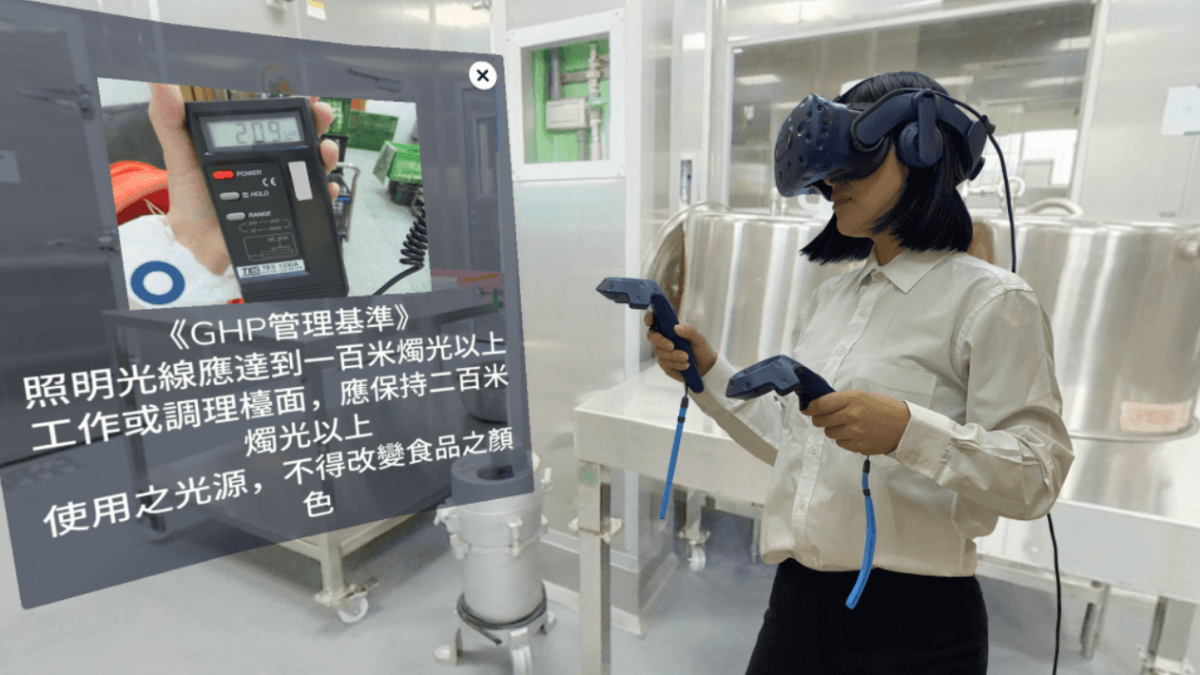 It is not the first time TMU is being a pioneer. The medical university established Taiwan’s first College of Nutrition and the country’s first School of Food Safety in 2016 and 2017 respectively. Recently it has collaborated with a Taiwanese tech company to improve the country’s food safety education and food processing industry.

And the collaboration has been productive. Recently, TMU established the Instructional VR Resource Center for Food Safety. It’s the first of its kind in the country, according to Professor Yue-Hwa Chen, the TMU School of Food Safety Department Director.

Virtual Reality (VR) simulation has been used extensively in various industries. In its inception, the virtual reality industry provided devices for flight simulation, automobile industry design, and military training purposes. Also, VR has been extensively used in a student’s learning and development. Moreover, VR is one of the key technologies upon which an emerging technology today is based: metaverse. Simply put, a metaverse is a network of 3D virtual worlds.

In this case, VR simulation is used to produce VR content that aligns with TMU’s learning syllabus. TMU is using a platform designed by a UK-based immersive training startup. With the platform, educators can design their own VR simulations to help food factory workers access and practice in a realistic training environment. Food safety training students and workers can access the VR training simulations using the latest VR-ready headsets.

These simulations allow students to practice real-world skills and gain knowledge on key food safety aspects, such as identifying potential hazards in the kitchen or restaurant and following the highest hygiene standards for food preparation and cooking.

But that’s not all. VR tech can also promote soft skills that induce a more collaborative environment — a valuable step in winning in the real world. This has been stressed by the founder of the UK-based immersive training startup. The process of developing their own VR simulations and sharing them with peers will not only help students consolidate what they’ve been learning but will also help them develop transferable soft skills that will stand them in good stead when they enter the world of work, he said.

By using VR technology, food safety training can be raised to a higher standard. Not only is it more practical, but also its efficiency rating is higher than when using traditional training methods (e.g., books). In short, it raises the ability for students to learn and incorporate new learning into the real world. Added to that, the technology can also be used to train food workers on the use of new kitchen equipment even when the equipment has not yet arrived.

Food safety training is crucial in preventing foodborne illnesses and other potential health risks from affecting the public. Improper food handling and storage, hygiene, and inadequate food preparation are just some of the common issues that can be addressed by food safety training.

For years, Taiwan has been at the forefront of technology. And its economic gains due to its ability to master new technology is raking in substantial profits. As reported on OpenGov Asia, the country known to be the semiconductor capital of the world is bound to reap large financial gains as Driver Assistance Systems (DAS) are set to be the norm for cars a decade from now.

Smart Retail: A Renaissance with RFID

The 30 Technologies of the Next Decate #AI #KI #IoT #Robots #tech #technology #innovation #cloud #mo...
Lab-Grown Meat Is Coming And Has Billions In VC Backing. But Will Consumers Bite?
7 last-mile delivery problems in AI and how to solve them - TechTarget