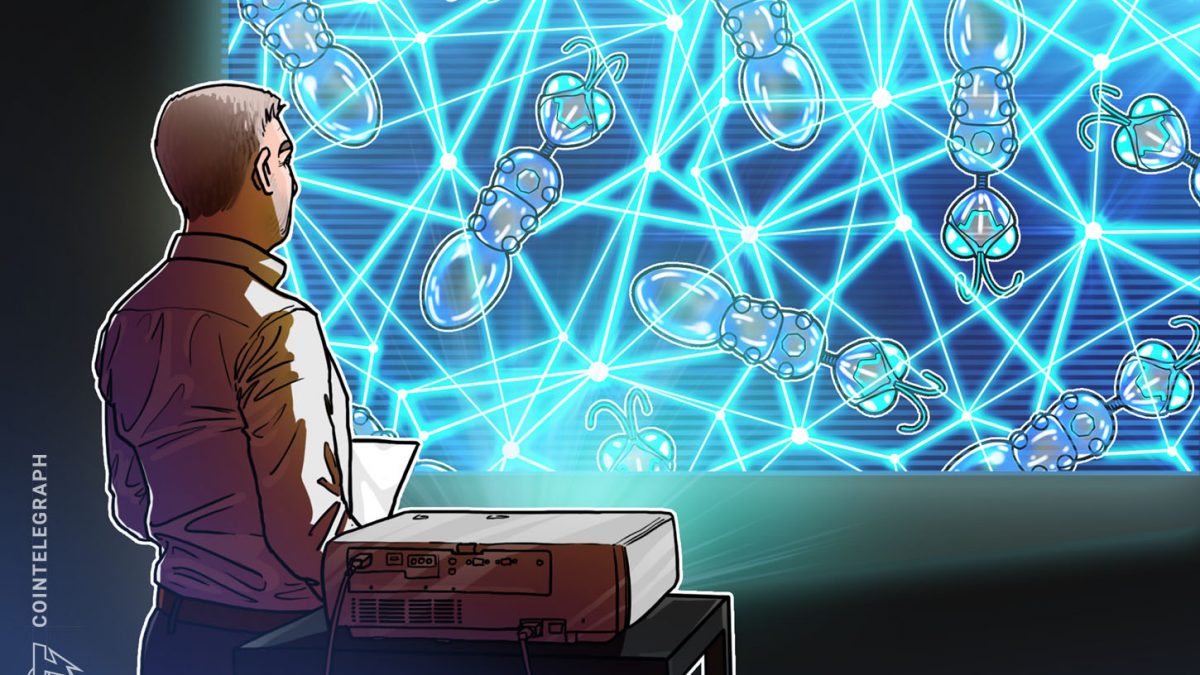 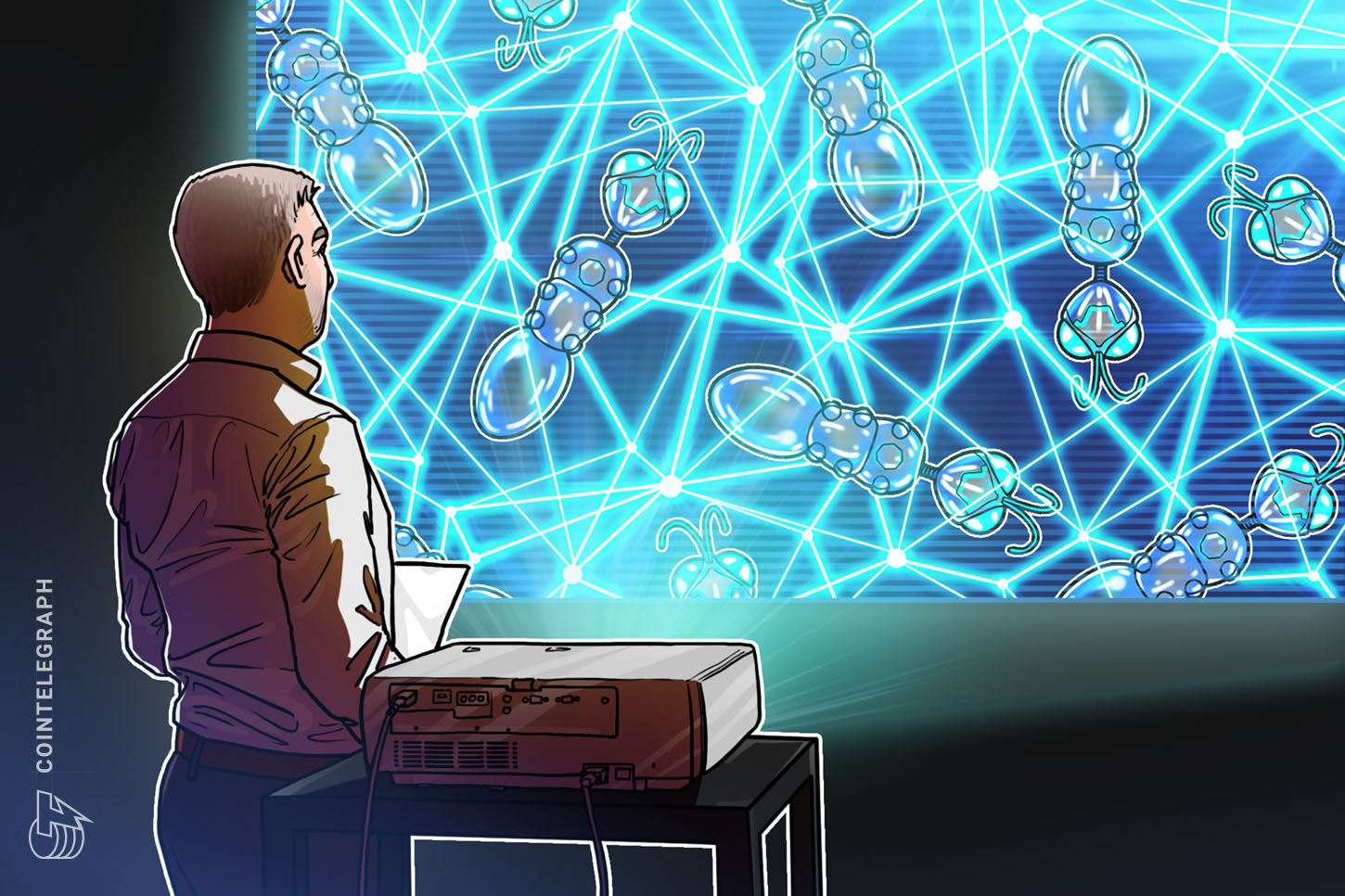 I have a feeling that a lot of businesses still don’t understand why they need blockchain, while others may believe they need it just because they think it’s another fashionable tech trend or something.

I’ve been involved in technology for 30 years, and it is always interesting to me how people respond to the introduction or invention of new tech. There is always an ecosystem of people in the sector championing a particular type of technology as well as business users ever-seeking solutions to their problems or creating new opportunities for their businesses. You might be a champion in blockchain, but a business person wants to be able to solve a very specific problem with the technology in question, such as lowering distribution costs.

I still think that if you are in a business community or just work in industry, you need to be thinking about how to solve your biggest problems and how to execute on your vision. That means, first of all, to find the right people who understand what those gaps are, what those problems are. Then, we need to have scouts — people who look for interesting vendors and solutions in the course of that.

You might be intrigued by blockchain, if our problem is, for example, to distribute pharmaceuticals. In this type of a supply chain, there are often too many costs created by having an excess of steps or too many brokers along the supply chain. If you’re aiming for greater transparency in the pharmaceutical supply chain and get exposed to the provenance and audit trail of the blockchain databases — well, that’s interesting, then. Traditional databases can’t do that. So, we should explore that, we should understand it better.

I think it always has to start with a business problem that needs to be solved. Depending on the size and complexity of the business, you have to think about how you’re going to seek out a solution to that. I do think that the interest in new technology — and in this case, in blockchain — will be driven by business needs and be a key driver in experimentation and exposure to new tech.

I’ve always said that when you are trying to grow your business or get exposed to new opportunities, you can’t know what the outcome is going to be. You’ve got to go in with an open mind. It should be a vision of business problems, and then it will be a new discovery.

There’s this whole idea in big global supply chain systems of a lack of provenance. I mean, you’re just relying on certificates, and there are a lot of them as well as paperwork.

So, you have a vision for how you can improve a massive ecosystem. And then suddenly, blockchain aligns with some of those challenges. In this case, blockchain is a new technology that has excellent provenance, with a transparent digital recording of every transaction. A technological solution through which you can improve the big ecosystem by eliminating all the errors of poor paperwork.

I think we’re now getting to a more advanced level of blockchain as this technology is beginning to be utilized by more mainstream companies. There is now a greater recognition that blockchain solves very specific problems and gaps that can’t otherwise be solved easily.

If blockchain couldn’t solve problems, it would fail and go away, disappear — and that’s not happening. You have to have success stories, and we’re seeing more and more cases of its successful implementation. We have to see some viable contribution to the global tech ecosystem. Certainly, what makes blockchain interesting is the high degree of application it has across almost every industry.

Indeed, the United Nations World Food Program, for example, is serving an incredibly large number of people. And we want the highest amount of good resources to go to those people — so they are. The U.N. did a first round of experimentation on blockchain so it could track the flow of aid from source to destination, and it was very successful. Now, it’s in the second or third round of expanding it. I think I like this technology because it directly and positively impacts human beings. This is probably one of my favorite cases at the moment.

Another one is the real estate registries. Very often these are paper-based. I think about New Orleans when Hurricane Katrina came a few years ago. The city was flooded, and it was a complete disaster. It was a terrible tragedy. When the water subsided and the city was getting back on its feet, lots of houses were destroyed and the city had to find the titles for the homes. Well, they were destroyed because they were in boxes and the papers were in the basement of a building that was flooded. So, they had a lot of difficulty for a very long time identifying which properties belonged to who, and then how they could sell the properties. So, that was a big problem to solve.

For example, in the nation of Georgia in Europe, they have a very successful blockchain registry for real estate. It’s very much helping the city and its communities to have a better set of processes around real estate transactions and have integrity in the system.

I’m a bit more conservative, and I don’t think blockchain — other than through cryptocurrency — is revolutionizing anything yet. It’s a bit of a hyperbole to say that blockchain is changing the world, but I think what does make it different is that it is quite a provocative, disruptive technology compared with many other techs that have emerged in the last 10 or 15 years. It affects hierarchies, for example.

An organization has a boss at the top, subordinates and staff. And then, of course, people have authority for systems, and it’s all based on credentials. The mere fact that blockchain can in certain circumstances eliminate that traditional hierarchy through consensus-based decision making, that by itself is provocative enough.

As the marketplace stabilizes, we will really get a sense of the more mainstream role for crypto and blockchain. In the financial arena, based on what I’m seeing, there’s always surprises along the way. Look, technology and technology disruption are management issues. If you aren’t paying attention to tech, especially during the Fourth Industrial Revolution and the third decade of the 21st century, your business could be in trouble.

As Intel’s CEO Andy Grove wrote, “Business success contains the seeds of its own destruction. The more successful you are, the more people want a chunk of your business and then another chunk and then another until there is nothing.” Especially if you’re not hyper paranoid about what your competitors are doing and what’s going on in the marketplace.

In my opinion, education is one of the biggest ways to implement any technology. Maybe with blockchain, it’s even more important than with others.

I think it all comes back to demand. As businesses see the merits of blockchain technology and they get results, the marketplace will respond accordingly: more vendors, more talents, more ideas.

Blockchain would be a big deal if IBM, Microsoft, Oracle and the S&P 500 were promoting it as much as they’re promoting and talking about their other systems, but they’re not yet because they don’t necessarily see the demand from customers. There has to be a demand from the people to get more promotion, but I think we’ll get past that in the next 24 to 36 months.

I think we’re seeing some good maturity with private blockchains. I think enterprises haven’t been keen on public blockchains, of course for obvious reasons. There’s a few exceptions to the theory, but for the most part if you’re a business you want to have control over the system. But isn’t blockchain the absence of control? So, the whole idea of a private blockchain certainly is a little contradictory, but I think it’s more favorable for the enterprises.

I think standardization remains an open question. There’s some good work being done on standardization, but we need to see a global consensus on standards for blockchain. Better interoperability, better support for sidechains, and integration with traditional databases and traditional systems — that ecosystem needs to develop as well.

Also, there’s still a very broad belief that cryptocurrency and blockchain are the same thing. So, if you say you are learning about blockchain, what people think you’re going to do is spend the day talking about Bitcoin. No, it’s not the same thing.

I think we do have a bit of a language issue, a communication issue on the topic as well, because when Bitcoin exploded and its price was historically high, all people heard from the media was that link that connected crypto, Bitcoin and blockchain. They just kept hearing these things synonymously, and it blurred them together and created a mess for us. So, now we’re saying “no” to blockchain!

Meanwhile, we’re seeing much more robustness and matureness in blockchain technology today. It’s so much more advanced than it was, and so many great developments are yet to come.

This is part four of a multi-part series on digital future and technological innovations. Read part one about quantum computing here, part two about artificial intelligence here and part three about smart cities here.

This article is from an interview held by Kristina Lucrezia Cornèr with Dr. Jonathan Reichental. It has been condensed and edited.

Dr. Jonathan Reichental is the CEO of Human Future, a global business and technology education, advisory and investment firm. He is the former chief information officer for the City of Palo Alto, and is a multiple-award-winning technology leader whose 30-year career has spanned both the public and private sectors.

The Power of Probability in AI