Telehealth has staying power, should benefit from lasting regulatory changes 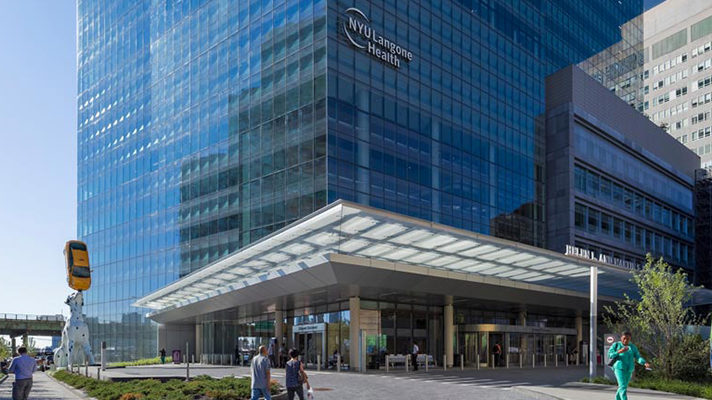 As COVID-19 continues to hammer the U.S., more patients than ever are turning to telehealth for care – eschewing overcrowded emergency rooms and dormant physician practices in favor of virtual consults. Some see that trend continuing even after the pandemic has eventually subsided.

According to a study published last week in the Journal of the American Informatics Association, virtual urgent care visits at NYU Langone Health grew by 683%, and non-urgent virtual-care visits grew by a staggering 4,345% percent between March 2 and April 14.

Led by researchers from the NYU Grossman School of Medicine, the study found that 2,656 unique providers conducted 144,940 video visits with 115,789 unique patients over the course of six weeks.

“The pandemic created an urgent need to divert patients from in-patient care and prevent the flooding of our emergency rooms beyond capacity,” said Dr. Devin Mann, senior director for Informatics Innovation and Medical Center Information Technology at NYU Langone Health, and the study’s lead author, in a statement.

“Through telemedicine, we pushed the frontlines to locations far from our hospitals and doctor’s offices,” said Mann.

Initially, “we were really excited if we did 50 visits in a day,” said Testa, Chief Medical Information Officer at NYU Langone Health. “Over the space of four days, the world changed. By Day 3, we were up to 7,000 daily visits, and that has continued.”

Although the study specifically focused on patients seeking care in New York, Testa said that it shows “the generalizability of telehealth.”

Testa believes a combination of factors led to the jump in virtual visits. In addition to the obvious need to reduce person-to-person contact during the pandemic and widespread access to broadband internet, he also points to the shifts at a local, state and federal level that have made it easier for patients to access virtual care.

“The other changes that made this possible were clearly payer reform and rapid payer accommodation,” he said. “Medicare announced its coverage at noon, and we saw our first [Medicare] patient at 5 that day.”

“The payers see the value proposition in what we’ve done,” he said.

In an April survey conducted by physician search firm Merritt Hawkins, nearly half of 842 physicians across the country reported using telehealth to treat patients. The survey indicated that changes in payer reimbursement practices may have contributed to the increase in usage. Many insurance companies have also waived copays and deductible requirements for virtual care.

“We told [Epic] we wanted a fully integrated experience for us and our patients,” he said. “Anything else is just pivoting in a chair.”

Dozens of other telehealth vendors have also made their services available for providers, some at reduced or no cost.

“It’s really important that they stand up industry-grade analytics to let us look into the health of a system,” he said. “If we’re doing 8,000 visits a day, we have to make sure we’ve got eyes on the health of the apps.”

The way patients used telehealth also shifted over the course of the study: Urgent care visits, often sought for COVID-19 symptoms, peaked at the end of March. Over time, more patients pursued nonurgent care such as hypertension or diabetes treatment.

“There have been lots of postoperative and post-procedural follow-ups,” Testa explained. “All the patients we had been taking care of before the pandemic are now recovering, and they’re in their homes and need care.”

The JAMIA study comes amid calls for increased support for virtual delivery of care. On May 1, the U.S. Department of Health and Human Services, through the Health Resources and Services Administration, awarded $20 million to six recipients to help improve telehealth infrastructure at rural providers.

And the Federal Communications Commission has announced a total of $200 million in funding earmarked for telehealth in the CARES Act – several rounds of which have already been disbursed to health systems nationwide.

The American Telemedicine Association asked Congress last week to include further measures addressing barriers to virtual care in the next COVID-19 legislation. Its requests include additional funding, regulatory flexibility for federal health programs and ensuring continued access to remote care.

“The new realities of healthcare delivery in a post-COVID-19 world will necessitate the continued use of telehealth to support social distancing and maximize health care resources,” said Ann Mond Johnson, ATA CEO, in a statement.

“Further, the continuation of many temporary policies, and enactment of new, permanent statutory and regulatory changes, will be needed as America returns to ‘normal,'” she said.

“We will never go back to 50 [telehealth] visits a day,” Testa agreed. “That genie’s out of the bottle.”

There are a number of measures that must be implemented, however, in order to ensure telehealth’s post-crisis longevity.

“More regulatory hurdles around state boundaries need to fall,” Testa said. “Many of our patients live in New Jersey or Connecticut, and they want the continuity of care from their primary care doctor at 41st Street.”

“The next step in telehealth is efficiently deploying in-patient telehealth,” he said. “At a time when we can’t have visitors bedside, people are alone and sick. We don’t need to have that any longer. The paper didn’t speak about the in-patient telemedicine efforts, but we’ve stood up more than 1,000 tablets bedside in ways we have never been asked to before. That’s not going to go away.”

With telehealth, Testa said, “patients are able to share their home and circumstances in a way that doesn’t happen in an exam room.”

“It’s interesting,” he said, noting that, during one telehealth consult, “a patient told me, ‘We’re making eye contact again.'”

Why Digital Transformation Is An Effective Crisis Response

10 big advancements in healthcare tech during the pandemic: The need for technology and digital capabilities accelerated during the COVID-19 pandemic, underscoring the importance of data and virtual monitoring to care for all patients while hospitals focused on patients with the virus.

Telehealth’s Future Is Bright. Here’s What It’ll Look Like in 2025