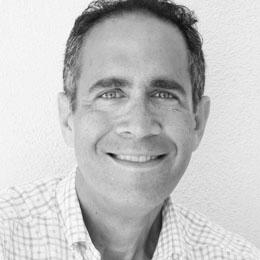 The False Choice Between Science And Economics

As the nation wrestles with how best to return to normalcy, there’s a tension, largely but not entirely contrived, emerging between health experts—who are generally focused on maintaining social distancing and avoiding “preventable deaths”—and some economists, who point to the deep structural harm being caused by these policies.

Some, including many on the Trumpist-right, are consumed by the impact of the economic pain, and tend to cast themselves as sensible pragmatists trying to recapture the country from catastrophizing, pointy-headed academic scientists who never much liked the president anyway.

This concern isn’t intrinsically unreasonable. Most academics neither like nor trust the president. There is also a natural tendency for physicians to prioritize conditions they encounter frequently—or which hold particular saliency because of their devastating impact—and pay less attention to conditions or recommendations that may be more relevant to a population as a whole.

Even so, there are very, very few people on what we will call, for lack of a better term, “Team Health,” who do not appreciate, at least at some level, the ongoing economic devastation. There may be literally no one—I have yet to see or hear anyone who does not have a deep appreciation for how serious our economic problems are, and I know of a number of previously-successful medical practices which are suddenly struggling to stay afloat amidst this epidemic.

In contrast, at least some on—again, for lack of a better term—“Team Economy” seem to believe that the threat posed by the coronavirus is wildly overblown, and perhaps even part of an elaborate, ongoing effort to destroy Trump.

Yet even if some partisans are intrinsically unpersuadable, I suspect that if Team Economy had a more nuanced understanding of Team Health, this could facilitate a more productive dialog and catalyze the rapid development and effective implementation of a sustainable solution to our current national crisis.

For starters, it might help Team Economy to know that even pointy-headed academics appreciate that science is (or at least should be) a process we use, not an ideology we worship. Most researchers recognize every day how difficult it is to figure out biological relationships, and to make even the most basic predictions in the highly reductionist systems of a petri dish or a test tube.

Under typical conditions, scientists tend to do an exceptional amount of study before they cautiously suggest a new insight. It’s really hard to figure out how nature works, and each time we think we’ve understood even some tiny aspect of it, nature tends to surprise us again with an unexpected twist. While often maddening, this complexity is also what makes science so captivating, engaging, and intellectually seductive.

In the context of COVID-19, it is incredibly, absurdly challenging for anyone—including scientists—to get their heads around the rapidly evolving knowledge that is, in any case, preliminary and is being collected under difficult conditions.

This is not an environment conducive to understanding exactly what’s going on at a system-wide level, let alone a molecular one.

And yet, that’s what Team Health is trying to manage. They’re working to understand the very basic characteristics of SARS-CoV-2 (the virus that causes COVID-19), while simultaneously extrapolating from the data in order to make recommendations that are going to impact the lives of billions of people.

There is a saving grace: researchers aren’t starting from scratch. They are informed by studies of related pandemics—the influenza pandemic of 1917-1918, the SARS outbreak of 2002-2004, and the 2009 swine flu pandemic, for starters. Investigators are also leveraging all they’ve learned about the biology of related viruses to make educated guesses about how to approach the current threat, and using recently-acquired knowledge of how to harness the immune system in cancer to think about how we might help the immune system respond more effectively to a virus.

Most scientists recognize the limitations of their knowledge, and realize just how hard it is to extrapolate—which is why they tend to avoid doing so. But they also appreciate that even if understanding is difficult and prediction even harder, the process of science—the meticulous collection and analysis of data, the constructing, testing, and reformation of hypotheses—has proven phenomenally effective over the long haul. It has enabled us to better understand illness and disease, and to provide humanity with the opportunity for longer and less miserable lives than ever in the history of our species.

And even if this potential is not realized either universally, nor as frequently as we might wish, it’s still the best construct we have.

It beats, for instance, hoping that a disease will simply disappear, like a miracle. Hope is not a method.

The Trump administration ought to listen to scientists, but it need not accept their advice uncritically. And that’s because behind closed doors, scientists never (well, hardly ever) accept the advice—or data—from other researchers at face value. They invariably question techniques, approaches, and conclusions.

The foundational training course my classmates and I took in grad school in biology at MIT essentially ripped apart classic papers week after week, exposing the flaws, and highlighting the implicit assumptions—and these were generally top-tier pieces of work by legendary scientists. I came away from the course with a powerful sense of the fragility of knowledge, the difficulty of proof, and a deep respect for the researchers who are driven to pursue, persist, and publish—despite these intrinsic challenges.

No individual or organization should be so revered that their findings are beyond scrutiny or evaluation, whether he or she works for a drug company, an academic institution, or an NGO.

But what rankles people on Team Health isn’t thoughtful skepticism from Trump about a particular piece of data (if only!), but rather Trump’s apparent indifference to science as a whole, and the ease with which he casts it aside if it fails to comport with his narrative-of-the-moment.

Trump seems to treat science like just another point of view, embracing it when convenient, ignoring it when not. This sort of casual indifference rattles the people on Team Health because, for all their disagreements, researchers tend to believe that there is an objective reality they are attempting to describe and understand, however imperfectly.

The notion that a scientist’s inevitably hazy view of a real phenomenon—drawn from well-described, ideally reproducible techniques—is indistinguishable from a “perspective” that some presidential advisor, or morning cable host, or guy on Twitter pulls out of . . . well, let’s say thin air . . . seems irresponsible.

And that’s because it is.

The good news is that Trump has a real opportunity in the coming days to leverage the advice of both scientists and policy makers, should he choose to listen.

In the last week, two important reports were published, each by a cross-functional team of experts. One was organized by the Margolis Center for Health Policy at Duke, and includes Trump’s former FDA Commissioner, Dr. Scott Gottlieb, and one of Obama’s national health technology leaders, Dr. Farzad Mostashari. The other is from the Johns Hopkins Center for Health Security. Both groups suggest that transition to normalcy will require an exquisite ability to rapidly identify new outbreaks and track down and quarantine individuals who are likely afflicted—the ability to test-and-trace.

The idea is that our country needs the ability to conduct something close to a precision quarantine, where we constrain the activity only of those likely exposed — which requires, of course, accurately determining who those people are.

To their credit, both groups focus not on high-tech solutions that might be challenging to implement and potentially threatening to individual privacy (most Americans are not looking to emulate the policies of South Korea or China), but rather on extensive contact tracing involving a lot of individual effort. In other words: good old-fashioned disease hunter shoe-leather.

This approach requires not just a lot of dedicated people, but also a testing capability that we are hopefully developing, but clearly don’t yet possess. For example, a recent Wall Street Journal article quoted New Hampshire’s Republican governor Chris Sununu complaining that his state received 15 of the much-anticipated Abbot testing machines Trump recently demonstrated at the White House—but only enough cartridges for about 100 tests. “It’s incredibly frustrating,” Sununu vented. “I’m banging my head against the wall.”

The reason all this matters (at least if, like me, you believe the health experts) is that the rate at which the population is developing immunity to SARS-CoV-2 is remarkably low, according to UCSF epidemiologist Dr. George Rutherford. He estimates the rate of population immunity in the United States is around 1 percent, and notes that it’s apparently only 2 percent to 3 percent in Wuhan—the center of the original outbreak.

Herd immunity—the ability of a population’s background level of immunity to protect the occasional vulnerable individual—requires levels more than 10 fold above this (the actual figure depends on the infectivity of the virus; for ultra-infectious conditions like measles, more than 90% of a population must be immune; for the flu, which is less infectious, the figure is closer to 60%; SARS-CoV-2 is likely to be around this range). This means that, in Rutherford’s words, “herd immunity for this disease is mythic”—until there’s an effective vaccine.

Translation: For the foreseeable future, almost all of us are vulnerable. And we will remain vulnerable until therapies emerge.

Health experts worry that without a transition that includes provisions for meticulous contact tracing, rushing headlong back to a vision of normalcy would likely result in a rapid reemergence of the pandemic, and potentially, a need for more wide-spread quarantines—which would drive a stake into the heart of any economic recovery.

The truth here is that Team Economy doesn’t need to push against Team Health, because they’re after the same thing. If Trump embraces a transition that recognizes both the economic needs of the country and the wisdom of leading health experts and policy makers, he may succeed in leading a weary but irrepressibly resilient nation out of our current crisis, and into a durably healthy, economically promising future.

David Shaywitz, a physician-scientist, is the founder of Astounding HealthTech, a Silicon Valley advisory service, and an adjunct scholar at the American Enterprise Institute.

This article originally appeared on The Bulwark here.

The post The False Choice Between Science And Economics appeared first on The Health Care Blog.

Why Your Business Needs to Prepare for the Metaverse

Study: ER docs using smartphones to receive test results can discharge chest pain patients faster
Banking in the metaverse: the next frontier
What will the workplace look like after the pandemic?