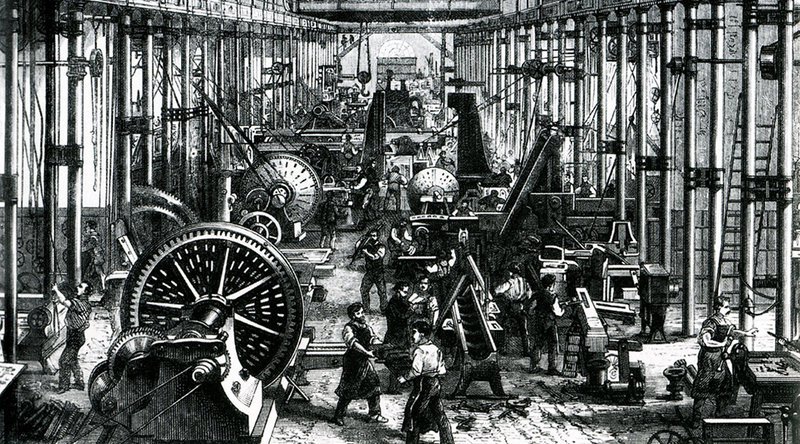 The Future of Robotics – from Foxglove

Andra Keay, 5 months ago 6 min read 201
What we can expect from the Fourth Industrial Revolution – from Foxglove

The robotics industry is at an inflection point in its history. Whereas robots up until now have been deployed mostly in controlled environments like factories and assembly lines, we’re now reaching a stage where advancements in artificial intelligence and computer vision are helping robots evolve past obedient drones.

Robots today can navigate cities and explore the ocean, mow lawns, and even perform surgery. They’re able to extract meaningful patterns out of previously unfathomable pixels; they’re able to improve themselves. They make dozens of invisible complex decisions in the blink of an eye – detecting targets, predicting futures, and planning next steps.

A brief history of industrial revolutions

To understand how robotics will revolutionize our world, let’s first explore how previous industrial revolutions have redefined our lives and rewritten our political and economic destinies.

Often characterized as the farm-to-factory revolution, the 18th century’s First Industrial Revolution took the benefits of the Agricultural Revolution to pave the way towards large-scale industry. The population had boomed due to improved farming techniques, and the increased privatization of land motivated many to migrate en masse to cities in search of work. Factories and mines drew from this growing workforce to mine new power sources like coal, and invented new machines like the steam engine to mechanize huge swaths of production in industries like textile manufacturing.

A century later, the Second Industrial Revolution focused on producing iron and steel and harnessing electric power to birth entirely new industries, like automobile production and communication technologies. It is responsible for pivotal inventions like the light bulb, internal combustion engine, and telephone. This revolution also set itself apart by its unprecedented rate of production – it didn’t simply mechanically produce goods; it mass-produced them.

The advancements catalyzed by these first two revolutions allowed people to enjoy cheaper goods, more wealth, and a higher standard of living. This trend continued with our most recent industrial revolution. The Digital Revolution of the late 20th century effectively migrated information online. It leveraged inventions like electronics, computers, and the Internet to automate entire phases of production. It empowered businesses to globalize, outsource, and expand at unprecedented speeds.

Each of these revolutions was catalyzed by an emerging technology – steam power, electric power, the all-powerful Internet – that took work out of humans’ hands and accelerated it beyond incremental linear growth. They had an outsized effect on society, seemingly overnight – they redefined entire systems of working, rendered certain jobs obsolete, and birthed completely new industries. These revolutions weren’t just “bigger and better” – they were paradigm shifts that redefined labor and production for a generation.

The revolution of our generation

Despite massive leaps in technology from the Digital Revolution, much work and industry today is still manual and labor-intensive. That is set to change in the current Industrial Revolution. Instead of simply automating things, this Fourth Industrial Revolution is building technologies that combine knowledge across previously unrelated disciplines, to transform entire systems of production at an exponential rate. It steps into spaces previously dominated by human experts and builds technologies to outperform those humans – often by orders of magnitude.

This cross-pollination of our most advanced findings opens up a world of possibilities. We see digital technology interfacing with the physical world, with the Internet of Things and 3D printing. We also see digital tools making sense of biological problems, as with medical software used to detect diseases and develop vaccines. And of course, we have physical robots run by digital minds – from warehouse robots to self-driving cars.

If there is any cross-disciplinary field that will play a huge role in defining this Fourth Industrial Revolution, it’s robotics. This field is building “collaborators” who can think, reason, and learn alongside us. With advancements across artificial intelligence, computer vision, and hardware, we’re now able to tackle new problems by leaning on the knowledge of our newly “sentient” colleagues.

How Foxglove is contributing to the revolution

It’s awe-inspiring to recognize that roboticists are solving problems that we believed intractable just a few years ago. With that said, there are still several categories of challenges that we have yet to address – from generalization and hardware challenges, to deploying humanoid robots for especially complex tasks.

Our team at Foxglove is tackling a less frequently discussed challenge in robotics – building robust developer tools. We think building robots is much more difficult than it needs to be. With the painful lack of off-the-shelf options, roboticists have to navigate difficult-to-integrate applications, fragmented or overlapping resources, and a steep learning curve for the tools that do exist. In short, robotics currently feels like building websites in the ‘90s – instead of delivering value to our users, we’re fighting against baseline problems like how to buy and rack our servers (or in our case, how to get our tools working).

Foxglove’s guiding mission is to close the gap between the industry’s tooling and its needs. As we develop exciting new technologies, we need equally novel ways to troubleshoot and iterate on them. By reimagining the next generation of robotics tooling, we hope we can help roboticists – across sectors, use cases, and audiences – accelerate their development and bring their products to market.

Working with robotics data is an especially important part of robotics development. By gleaning insights from their data, engineers can get a sense of how their robots are performing, and where in the stack they may need to adjust an algorithm or squash a bug. Rich interactive visualizations – like the ones in Foxglove Studio – give roboticists a barometer by which they can assess and track their progress. Intuitive interfaces for organizing, tagging, and searching data – like Foxglove Data Platform – help them spend less time wandering aimlessly through petabytes of data and more time separating the meaningful signals from the noise.

Foxglove has been partnering with robotics teams – across industries like space exploration, autonomous vehicles, and ocean research – to build solutions that can be generalized across the wider community. Our goal is to chip away at the friction around managing and exploring our data, regardless of your particular team’s use cases and audience.

What the future holds

Since robotics can be applied to almost every single industry in the world, it will likely disrupt them all to varying degrees. It’s exciting to think about the explosive growth we’ll experience in this Fourth Industrial Revolution – especially as robots can reliably free up more time for us to focus on our yet-unsolved problems.

Even though Foxglove is only one company in this sprint towards the future, we’re excited to contribute in our own way. We’ve started by focusing on helping people visualize and manage their robotics data, but the possibilities are endless. We don’t know what else we’ll find, but we do know this revolution will redefine our lives – we hope you’ll join us for the ride.

Augmented Convenience: How AR is Being Integrated Into Our Daily Lives | Hacker Noon
The biggest tech trends of 2022, according to experts - Fast Company
What Happens When Relationship-Based Selling Goes Digital
Tags #1_Trends_Bonus
Trends / Bonus

How Europe has expanded its bid to disrupt Big Tech

How Is Artificial Intelligence changing the eCommerce Industry?

Strategy, marketing, and technology are all intertwined
AI made Inventions
How Artificial Intelligence is changing lives and business.