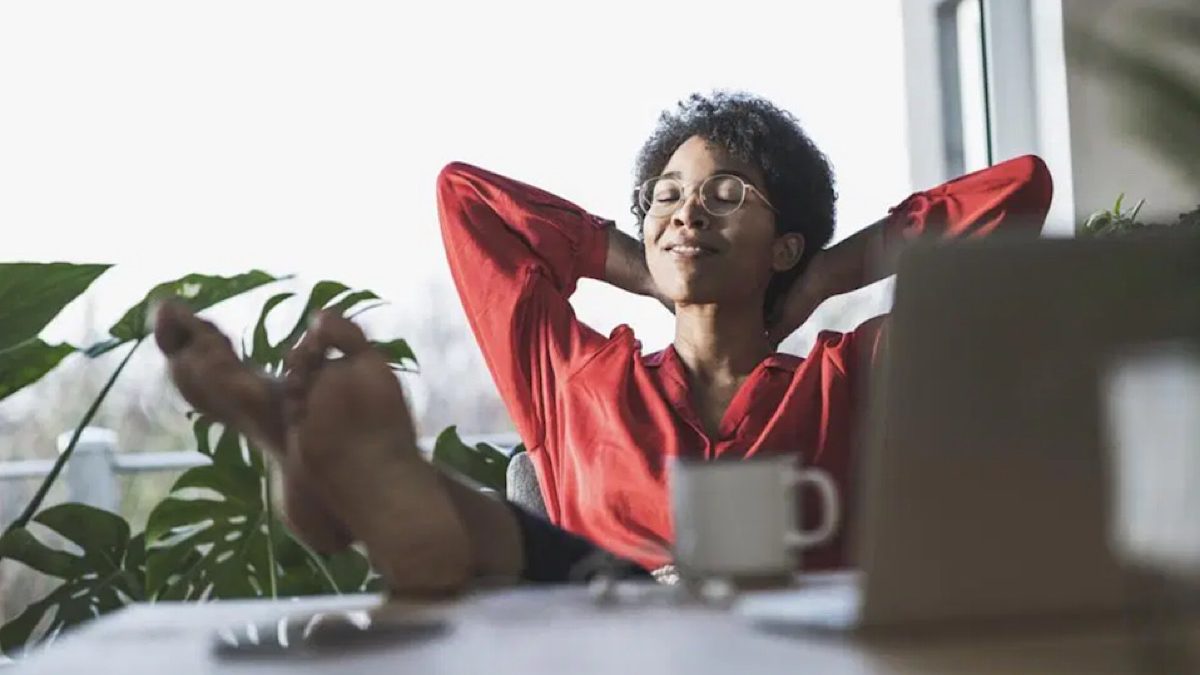 The New Science Of “Micro Self-Care”

Taking small steps for our well-being can help us combat virtual fatigue and burnout.

For many people, burnout from virtual fatigue has been a built-in feature of the pandemic. A new study from Superhuman found “email fatigue” to be the cause of rising dissatisfaction with remote work.More than one-third of employees said email and message overload may lead them to quit their jobs. The survey found half of remote workers (50%) spent their own money on tools to help manage their productivity, and another 17% plan to do so in the future. Plus, new Stanford research reveals how the shift from in-person meetings to virtual ones has taken its toll, particularly among women. Overall, one in seven women (13.8%) compared with one in 20 men (5.5%) reported feeling “very” to “extremely” fatigued after Zoom calls. Researchers found what contributed most to the feeling of exhaustion among women was an increase in what social psychologists describe as “self-focused attention” triggered by the self-view in video conferencing.

If you’ve spent back-to-back hours in virtual meetings you know exactly what that’s like. But we don’t have to drive ourselves in the ground to be effective in our jobs. In fact, science shows the opposite is true. When we take time out to rest and relax, we’re more engaged and productive—even more effective at our work tasks. But that’s a hard sell to people under the gun with career demands and deadlines. One of the most common refrains is, “I can’t afford to take 20 or 30 minutes to meditate or exercise when I could use that time to meet a deadline.”

It’s counterintuitive but that excuse no longer holds water because we have simple solutions to de-stress, prevent burnout and keep our careers afloat. Self-care—such as rest, relaxation or meditation—has morphed into micro self-care. A new study from Microsoft’s Human Factors Lab shows virtual fatigue is definitely real, but we can counteract it by taking short breaks during the day to prevent stress from becoming cumulative, according to Arianna Huffington, CEO and founder of Thrive Global.

This latest research is a testament to how much we can achieve without wear and tear when we learn to pause, rest and reset, Huffington said. Microsoft researchers monitored the brain activity of study participants and found that virtual fatigue begins to set in roughly 30 minutes into a meeting. Taking breaks between meetings, they discovered, stops cumulative stress from building up, giving our brains a chance to “reset.” In back-to-back meetings for two hours, subjects’ brains showed a steady increase of beta waves, which are connected to stress. But when participants took a break between meetings, the beta activity decreased. Even more fascinating, the beta waves remained low even when followed by four additional consecutive virtual meetings. Researchers also found that back-to-back virtual meetings weaken our focus and engagement, but when participants took breaks to reset, engagement held steady. Lastly, the study showed that transitions between virtual meetings, when done with no breaks, can cause significant stress. But when participants took even short breaks in between, beta waves dropped and didn’t spike as much at the beginning of the next meeting. As the report sums it up: “The antidote to meeting fatigue is simple: taking short breaks.”

“It’s the latest scientific validation of Reset, one of the most popular features in our Thrive App, which allows us to course-correct and lower our stress in just 60 seconds,” said Huffington, who is a huge advocate of what the staff at Thrive Global calls “Microsteps”—penned in their new book, Your Time To Thrive: End Burnout, Increase Well-Being, And Unlock Your Full Potential With The New Science Of Microsteps.

“At Thrive, we’ve even brought Reset into our meetings, beginning each of our All Hands with a different member of our team sharing their Reset with the rest of the company,” Huffington said. “Instead of launching straight into updates and announcements, we get an intimate glimpse of our colleagues by being brought into their world—the people, the music and the quotes they love. And it’s amazing how much we can learn about each other in 60 seconds. Reset within a meeting creates a dynamic that helps us all more authentically connect—all the more important when we’re not physically together.”

For its part, according to Huffington, Microsoft is acting on its findings by unveiling new Outlook settings that automatically reduce meetings by five to 15 minutes, which can be done individually or collectively for a team or an entire organization. This way, allowing time for breaks becomes part of the way we structure our time—so instead of a string of 30-minute meetings that leave us burned out and never coming up for air, a 30-minute meeting is shortened to, say, 25 minutes, allowing us to recharge, reset and show up at our next meeting recharged and more productive.

In fact, other recent research supports Microsoft’s latest findings. Scientists at North Carolina State University have shown the value of what I call “Microchillers” or taking what the researchers call “Microbreaks” throughout the workday. These short breaks—I recommend five minutes or less—are effective energy management strategies and can be as simple as stretching, walking up and down stairs, gazing out a window at nature, snacking or having a five minute mindful meditation. The researchers conducted two studies. In the first study, on days when full-time employees had poor sleep quality, they experienced higher fatigue the next morning and took Microbreaks more frequently at work. After taking Microbreaks, they had higher work engagement during the day and lower end-of-work fatigue. Study 2 replicated and confirmed Study 1 that poor sleep quality led to morning fatigue. When workers took Microbreaks, work engagement improved and end-of-work fatigue declined.

“A Microbreak is, by definition, short. But a five-minute break can be golden if you take it at the right time,” said Sophia Cho, a co-author of the study published in the Journal of Applied Psychology. “Our study shows that it is in a company’s best interest to give employees autonomy in terms of taking Microbreaks when they are needed—it helps employees effectively manage their energy and engage in their work throughout the day.”

Huffington agrees. “It’s great to see technology being used to create solutions—paradoxically for problems caused by technology,” she said. “Virtual meeting software has been a lifeline during the pandemic. And even in our post-pandemic world, virtual meetings are going to be a bigger part of our reality. And so will virtual fatigue, unless we recognize and act on the science of resetting and taking breaks. It’s about more than just better time management. It’s about redefining productivity.”

As Microsoft CEO Satya Nadella recently put it: “The best data we are using is ‘let’s not define productivity as output.’ The question really is, are people burning down a list or are they able to build that creative capital and exercise all they are capable of? Wellness comes with a broader understanding of productivity and leaders taking that empathy and care.”

Chronic work pressure creates roadblocks to relaxation and productivity. It disconnects us from ourselves and our surroundings and keeps our stress needle elevated. Note the difference between when you take a Microbreak versus when you require yourself to plow through the work pile. If you catch yourself foregoing a break when you need it, take a five-minute Microchiller then notice the difference in your concentration, energy level and productivity. See my piece on Microchillers at Forbes.com here. As you continue this practice, tension will subside, you’ll feel more relaxed and your self-satisfaction and productivity will soar.

3 Ways You Can Be as Innovative as Steve Jobs
3 Ways Optimized Entrepreneurs Structure Their Time Differently
AI Is Superior Physically and Intellectually than Humans!
Tags #5_Leadership
Digital Transformation

How to nurture a digital workforce - MIT Sloan News

Application of AI in Design

Building An Analytics Culture In Your Company
Purpose vs. Mission: What’s the Difference?
Inclusivity for Unidentified Neurodiversity is the Future of Work