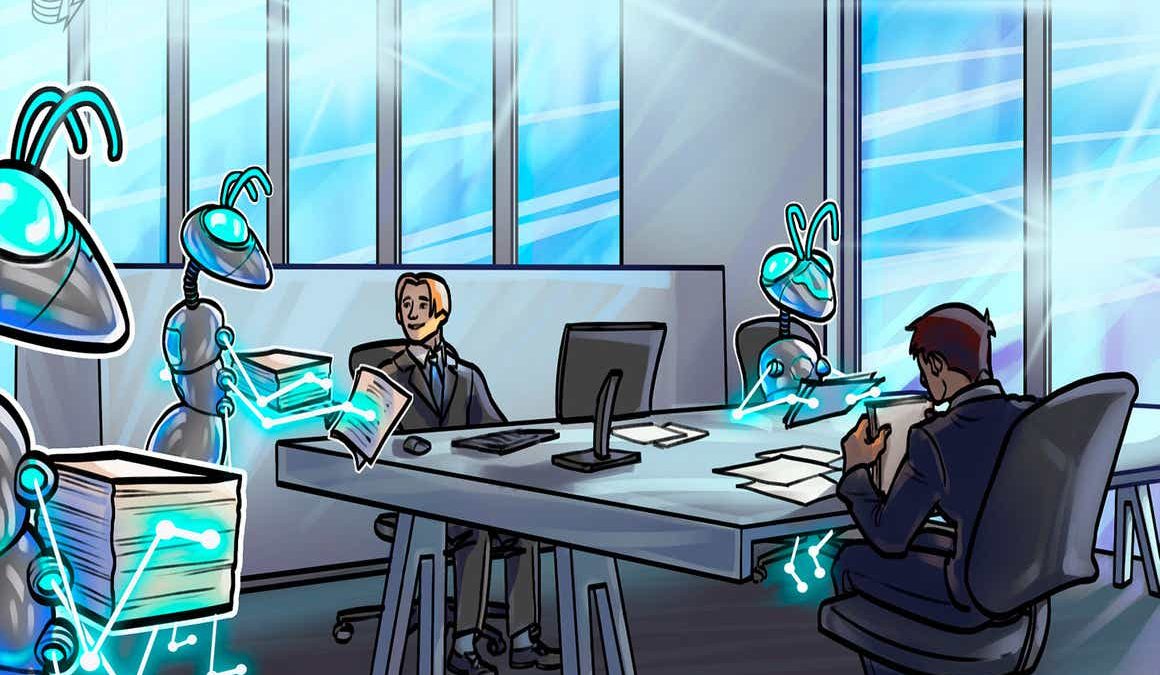 The post-consortia era: How enterprises are embracing Web3 structures – Cointelegraph

Now that the initial hype surrounding blockchain applications and the prolonged blockchain “winter” that followed are left behind, we now find ourselves in the middle of a “spring” that is helping organizations reimagine how they deliver value. So much so that blockchain is expected to add $1.76 trillion to the global economy by 2030, according to PWC.

A significant chunk of this uptick is expected to come from business-to-business (B2B) implementations, which stand to gain the most from the security, immutability and streamlining opportunities afforded by blockchain-based transactions and relationships. With processes that involve multiple partners, dozens (if not hundreds) of products and cumbersome bureaucracy for almost any business process, it’s hard to overstate how much enterprises stand to gain, especially when considering the emergence of more agile competitors.

But, while small and medium businesses (SMBs) are faster and more nimble in adopting new technology and products, enterprise adoption is slow. Sale cycles are long, there are more gateways and there remains strong incentives for multiple internal stakeholders to keep things as they are.

Related: Enterprise blockchain of today: While some fail, others show potential value

Part of the ascendancy of enterprise blockchain has come from a growing desire by corporate decision-makers to join forces with others to develop and work on similar solutions. All hoped that the more entities working together in developing and managing proof of concepts, or pilot phases, could make developments more valuable. These efforts have been performed via membership to larger collaborative organizations, or the “old world” consortiums. We started seeing the foundation of various designated blockchain consortia for specific industries such as RiskStream and B3i.

Existing industrial consortia and governance bodies also started setting up designated networks for their members like the attempt done inside the GSMA for the mobile space. In 2019, 92% of executives who responded to Deloitte’s Global Blockchain Survey said they already belong to a consortium or planned on joining one.

But, looking back, it seems that production deployments of enterprise blockchain have a thing in common: very few of them are actually led by consortia. Sure, some companies have created ad-hoc consortia, usually representing the interested players of a given ecosystem in order to drive early adoption and reach initial consensus (Mediledger and Tradelens being two examples of this). But, the bottom line is that solutions were developed and deployed by for-profit providers and adopted by for-profit companies without being approved or greenlit by industry-wide consortia every step of the way for implementation.

The justification for the industry silos is dwindling

Enterprises wanting to experiment with the technology, build use cases and gain traction are often deferred from doing so on public chains because of their limitations, particularly those who were inclined to keep their operations internal and private. Before interoperability became an industry focus, developers were understandably forced into developing blockchain in siloed ways. They were permissioned, owned or governed by consortia.

But, it’s now a decade later and consortia are still tied to private-permissioned implementations. The enterprise blockchain space simply can’t ignore evolution. Greater interoperability and the incoming wave of Web3 mean that we need to reassess the pivotal role played by blockchain consortia in the equation.

Will DAOs replace consortia in the enterprise space?

For enterprises, new incoming infrastructures and the role played by decentralized autonomous organizations (DAOs), leveraged by smart contracts and governance protocols, might as well replace the blockchain consortia as the industry focal point. DAOs have even grabbed the attention of more conventional investors including billionaire Mark Cuban who called them “the ultimate combination of capitalism and progressivism.” “The future of corporations could be very different as DAOs take on legacy businesses,” he tweeted in May, “if the community excels at governance, everyone shares in the upside.”

Venture capital firm Andreessen Horowitz, or a16z, has also led multimillion-dollar fundraising rounds in both individual DAOs and companies that support DAO creation. But, DAOs make sense only in specific contexts and not all fields of enterprises seeking alignment can actually execute this notion. Look out for very exciting news in this field in 2022.

Related: DAOs are the foundation of Web3, the creator economy and the future of work

So, where can consortia serve best? Defining the standards not the network

Agreeing on a unified data model, for instance, would represent a huge leap forward for most ecosystems. And, it’s certainly not impossible. When Contour and GSBN (thought to be competitors) collaborated on a model to drive digitization across the global shipping industry, this positively drove interoperability for the users of both Contour and GSBN’s solutions. This is where consortiums play their part to provide corporations and businesses with the ability to work collaboratively and achieve a common goal.

Industry consortia, with great efforts, have no real way of competing with the insane pace of the tech industry constantly creating solutions, platforms and networks. If they choose to stick to defining exactly what the stack should look like, they are bound to remain irrelevant very quickly. If they choose to define standards that could make adoption of any stack for transformation, they will drive value for the enterprises they serve. Voting and achieving a consensus on features or a joint roadmap will happen without intermediaries in the Web3 era.

Ruth Levi Lotan is a vice president of sales and marketing at ClearX. She is a partnerships enthusiast with a background of more than five years in business intelligence and strategic consulting, working with leading enterprises with a global footprint. Her experience also includes over three years in financing and impact investment including business development efforts with institutional investors and the government sector. Ruth was also involved in the work around Israel’s first Social Impact Bonds (SIBs), a mechanism for unique cooperation between sectors that don’t typically align.

How Ecommerce Will Empower Individuals In the Decade Ahead

This billionaire is pouring $100M into a decentralized Facebook alternative

Bank of England talks about a new CBDC

The “blue chip” DeFi protocols. What they do and how they are different. A very quick read!

When and why did the word ‘altcoin’ lose its relevance?
Argentine Port Taps Blockchain Technology for Increased Efficiency
What Problems are Solved by Blockchain?