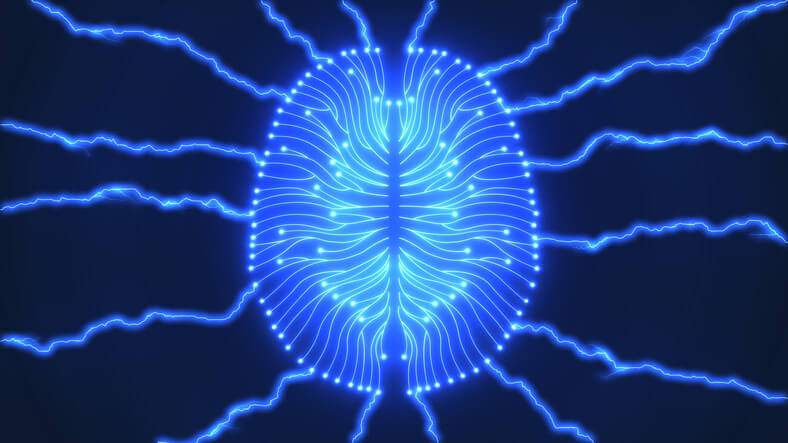 The Power of Artificial Intelligence & Blockchain in Finance

Among the trap of supremely talented data hackers, the powerful duo of AI and Blockchain holds the potentiality of reducing the occurrence of financial crime rates, globally. Investing in the predictive nature of AI accompanied by the decentralized protection layer of blockchain has become the most trusted technical revolution in the industry of finance.

According to ancient Chinese philosophy, Yin and Yang represent the togetherness of good and evil powers and how their combination can drastically change the universe’s dynamics.

According to United Kingdom Brokers, this philosophy purely depicts the relation of AI and Blockchain as in where one lacks the other is there to support. On one side where blockchain lacks robust security, AI comes to the rescue. Conversely, where AI is missing out on financial authenticity, blockchain serves the purpose. Hence, together this fusion has the capability of establishing strong pillars for secure and up-to-the-minute capitalization services starting from small to large scale.

How The Fusion Of AI & Blockchain Has Reduced Transaction Time?

In the world of finances, time is the synonym of money. Having said that, in an era where investing operations have come at your fingertips, slow banking processes are considered one of the most poisonous traits for every service provider.

Blockchain transactions earned the peak of reaching 3.8 transactions/second back in March 2020, as per the analysis of United Kingdom Brokers. This represents how traditional banking is getting overshadowed by this powerful twosome of blockchain and AI due to its bullet-fast speed of operations.

Furthermore, the combination of AI into blockchain has speeded up the transactional process as it has flawlessly reduced human error with the option of automated payment workflow with the implementation of image recognition and voice assistance operations for the assessment of documents and payments.

Another major transaction benefit given by AI and Blockchain in the finance industry is for the lending sector. Several investing operations are discarded which are just for maintenance of the bank’s customer’s transaction history. Through the integration of AI and Blockchain, financial institutes shall gain;

Thus with the maximization and up-gradation of present resources, information filtering, and automation of algorithms. AI and blocking together can deterministically save financial institutes from data breaches, slow processing while treating clients’ requests efficiently since they are stored on the chain.

How Investing In The Amalgamation Of AI & Blockchain Will Benefit The Future Of Finance?

The Art Of Flexibility

The neural networking model of AI and blockchain is comparatively more flexible than the algorithms of static coding. The establishment of the static algorithm is more time-consuming than training a neural model which also gives the owner the liberty of training the software as per the business’s needs.

Moreover, the incorporation of blockchain for Dapps works in favour of both the lenders investing and the borrowers applying for financial aid. Blockchain when fused with AI gives financial institutes the leverage of connecting with different banks or facilitating other external services. These options show how AI and blockchain have backed up the future of finance.

The Power of Unified Data Customization

AI opens the door of the versatile lending genre which boosts the data confidential nature of blockchain with the creation of a room for data unification and customization for the ones who are investing or willing to lend.

You can create a diverse model as per the lending needs which will ultimately he;o in gaining a maximum number of satisfied clients. In addition to that, since all the data is unchangeable and publicly accessible for the consumers on a blockchain network, it leaves no space for data misplacement.

The Potency Of Data Surveillance

Since the forum of neural networking offers an easily changeable data track, the United Kingdom brokers or lenders anywhere can create backups or even migrate to need of the hour services too. On-chain data storage allows lenders to keep a check on information authenticity with the advantage of storing transactional histories.

From the hash, every data chunk can be recreated. Thus this allows for the creation of solid data connection while maintaining data surveillance at its utmost level.

AI accompanied with Blockchain operations has outweighed conventional finance systems due to its exceptional contribution towards cost and time effectiveness.

Whereas the emerging number of Fintech industries hold the future of the financial sector, the integration of AI with Blockchain services will set the forum for businesses to elevate sales and professional competitiveness.

Proceeding forward, the synthesis of blockchain and AI holds the tendency of causing greater incomes along with the minimization of cyber risks while spreading their branches in the fields of trading, banking, and investing lending industries.

People are talking about Web3. Is it the Internet of the future or just a buzzword? - NPR

The three traits of Web 3.0 that fix what went wrong with today’s internet

Web3: Onboarding the next billion users — The road ahead

Oraichain Launches Mainnet 2.0 To Boost Scalability and Enable Mass Adoption of AI in the Blockchain Ecosystem

The Future of Digital Cash Is Not on the Blockchain – WIRED

DeFi risks and the decentralisation illusion