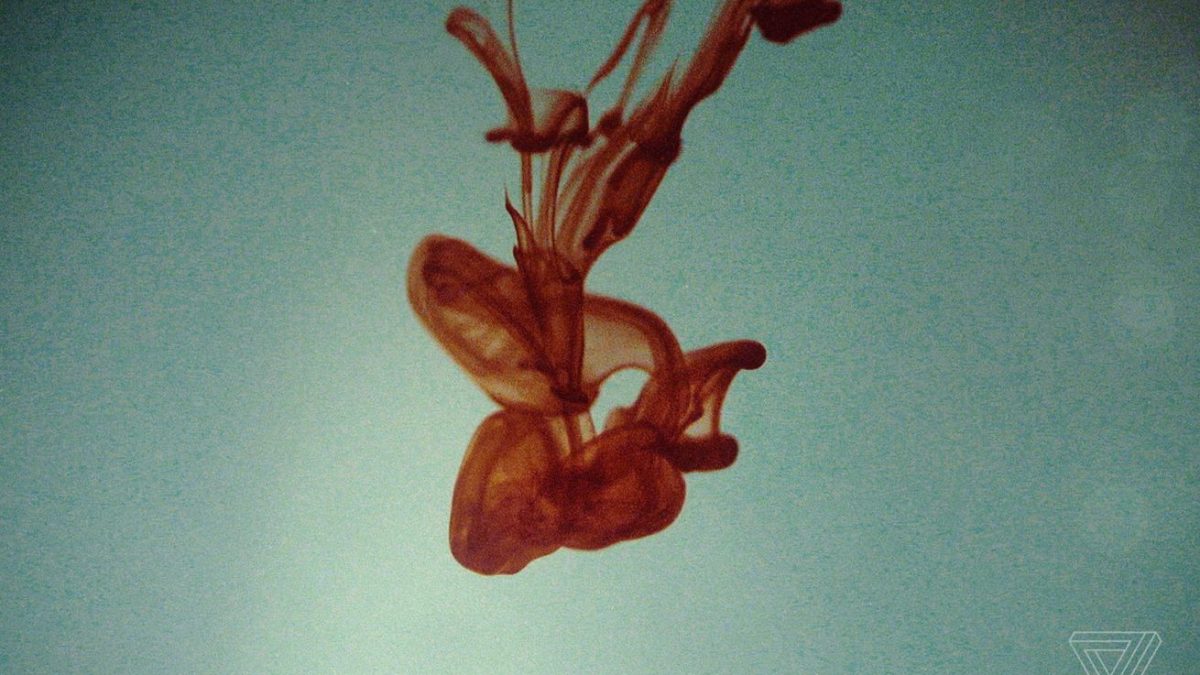 Theranos is gone, but ads for shady tests aren’t

Companies can market tests that don’t have FDA approval

The advertisement was slick and emotionally compelling: real patients, lined up to share how blood testing was a stressful and draining experience, are told about a new test that only needs one single drop of blood. They’re grateful, almost overwhelmed. Then, there’s a tiny vial, accompanied by the phrase “the tiny blood test,” before the Theranos logo appears on-screen.

The question of whether Theranos ads were misleading, and whether ads like that one were put on television even though Elizabeth Holmes knew they were misleading, is part of the case against Holmes, who’s on trial in San Jose, California for 11 counts of wire fraud. But the advertisement’s existence raises a bigger question about how the federal government and Food and Drug Administration regulate medical tests: why was Theranos able to advertise its tests — which weren’t FDA approved — at all?

why was Theranos able to advertise its tests — which weren’t FDA approved — at all?

Answering that question requires diving into byzantine FDA rules and regulations around medical testing, as well as how, exactly, the agency applies them. Theranos’ tests fell into a category called “lab-developed tests” for which FDA oversight is limited. If a test is designed by and used in a single lab, that lab is allowed to sell and advertise the test without the FDA’s sign-off.

The agency hadn’t changed its approach to lab-developed tests much before Theranos, even as technology advanced and these tests started to be marketed directly to consumers. It hasn’t made changes since Theranos flamed out, even though — as testimony throughout the Holmes trial highlighted — bad tests can put patients at risk, both physically and psychologically.

Take Everlywell, which sells at-home test kits for things like sexually transmitted diseases and cholesterol — apart from its COVID-19 product, it’s tests are not FDA-approved. All told, companies marketing lab-developed tests are claiming to be able to diagnose dozens of conditions affecting millions of people. But the tests behind these claims are subject to far less scrutiny than tests that have gone through an FDA review process — which at minimum requires registering with the agency and, for many tests, involves a detailed analysis on the tests’ performance. The minutiae of how and why those are different, though, isn’t easily apparent to anyone who isn’t an expert in medical testing.

“I don’t think most people understand the difference” between lab-developed tests and FDA-approved ones, says Ana Rutschman, an assistant professor in the Center for Health Law Studies at Saint Louis University School of Law. It’s not realistic to expect them to, she says. But understanding the difference is the only way to know what you’re getting.

There’s a good reason lab-developed tests exist: they give labs the ability to develop and sell their own tests, which is important when there’s a gap in the types of FDA-approved tests offered or during an emergency. Early on in the COVID-19 pandemic, one roadblock in the rollout of virus testing was that the public health emergency meant labs were not allowed to deploy their own in-house tests for the coronavirus — everything had to get FDA authorization, which slowed the process. As that authorization process later illustrated, many lab-developed tests, even ones developed quickly, are very reliable.

the category itself is very broad

But other lab-developed tests might not be as reliable. Part of the challenge in evaluating these tests is that the category itself is very broad, says David Grenache, former president of the American Association for Clinical Chemistry. An FDA-approved test would become “lab-developed” — no longer qualifying as FDA-approved — if a lab makes any changes to the protocol under which the FDA approved it. For example, if a test was approved using saliva samples collected at an urgent care clinic, and that same test was run using a saliva sample collected at home, it could be considered lab-developed. “They’ve altered the packaging, or the way the test is supposed to be performed, so now we’re going to call it lab-developed,” Grenache says. Theranos took that route for some of its tests, which it ran on modified equipment from testing company Siemens.

But lab-developed tests can also include brand-new tests that aren’t just slight modifications to FDA-approved products — like, for example, genetic tests that claim to detect cancers. And just like a simple test tweaked to work off an at-home saliva sample, a test claiming to flag genes that could cause cancer growth could advertise to the general public without any input from the FDA at all.

The FDA is still responsible for overseeing lab-developed tests, and the agency can (and should) step in if a test is harmful. It has sent warning letters to companies like Inova Genomics, which was promoting a test it said could predict how people would react to certain medications. The agency wrote that the tests didn’t have valid data backing them and “pose significant public health concerns.”

That intervention came after the tests were already being sold to patients. The FDA doesn’t regularly check in on the tests done by labs, and only steps in if there’s a complaint or if someone brings a problem to its attention. “There aren’t really FDA police,” says Catherine Klapperich, director of the Laboratory for Diagnostics and Global Healthcare Technologies at Boston University. “That’s how Theranos was able to go on, and on, and on. It’s not like there’s someone patrolling, checking in on everyone.”

So the companies selling lab-developed tests have a lot of leeway around what they’re able to say in their marketing materials. They can’t lie about what their tests can accomplish — which is what Theranos allegedly was doing when it said it could run hundreds of tests on a single drop of blood. But they’re free to say that a test was proven to work (even if that statement was only based on a very small study) or that it passed muster with the FDA (even if that just means the company stuck to the FDA lab-developed test framework).

“You can say, ‘I’ve followed every single piece of the regulations,’ and you might well be telling the truth. It’s just that the regulatory framework is so weak that it means virtually nothing,” Rutschman says. “But you’re free to go to a customer and say that.”

In part, the flexibility around lab-developed tests comes because taking a dangerous medication could do more immediate harm than inaccurate or misleading tests. (In the Holmes trial, several doctors testified they were immediately skeptical of weird Theranos results and ordered new tests.) Doctors review tests before they prescribe medications, and they might do additional screening after getting a single concerning result. “If you’ve got a really abnormal result, you’re probably following up with the physician anyway,” Geranche says.

But bad tests aren’t harmless. They can cause stress and anxiety or give someone false reassurance that they don’t have a problem. Jurors in the Holmes trial heard from patients who had incorrect test results from Theranos, including Erin Tompkins, whose Theranos test showed that she had an HIV antibody despite never having an HIV or AIDS diagnosis before. Brittany Gould appeared to fight back tears as she testified she’d been wrongly told by a Theranos test she was miscarrying her pregnancy — which would have been her fourth miscarriage in a row.

A test that purports to tell someone that they have serious conditions like cancer, for example, could trigger expensive treatments or drastic life changes. “That really should not be marketed to consumers,” says Mike White, a genetics professor at Washington University in St. Louis. “You should have some physician judgement involved.”

Because lab-developed tests receive no oversight from the FDA, patients are left to sort out for themselves how reliable the tests are. “It’s buyer beware,” Grenache says.

But most buyers don’t have the resources or background to suss out tests’ reliability. They may not even know that the test they’re getting is lab-developed. That’s why Rutschman thinks there should be more explicit warnings on packaging and advertisements for lab-developed tests saying that they could come with some risks — similar to warnings on tobacco packaging. “I think that if somebody’s getting one of these tests to find out whether they’ve had a miscarriage, or for a cancer screening or something like that, it could give you some pause,” she says.

The Theranos advertising gave no indication that the tests the company was making hadn’t gone through the FDA approval process, and so hadn’t submitted data on their performance to the agency for review. There would have been no reason to think that there’s any difference between the oversight of its blood tests and others that were FDA approved. That’s the case with companies like Everlywell, too — its test information pages just say that the tests are run in certified labs, which most people likely wouldn’t realize is a signal those tests have a lower level of oversight. The company discloses that its tests are lab-developed tests in the FAQ section of the website, but it doesn’t give any explanation of what that means.

Again, a test that’s lab-developed isn’t automatically a bad test. And experts don’t think the option for labs to go this route should be eliminated entirely — they can be useful. But the Theranos case is a clear example of how companies looking to cut corners can take advantage of the system. There isn’t much preventing them from throwing up a slick website for an in-house product that’s only been tested on 15 people. And the people who click through to that slick website may not know that they should dig deeper.

“It all goes back to how much trust you’re going to have in a company that’s putting its name and reputation out there to do the right thing,” Grenache says. “I would trust but verify.”

Disrupting The Future Of Healthcare And Health Insurance Thru Smart Contracts

A New Era of Virtual Care Has Begun, Accenture Finds