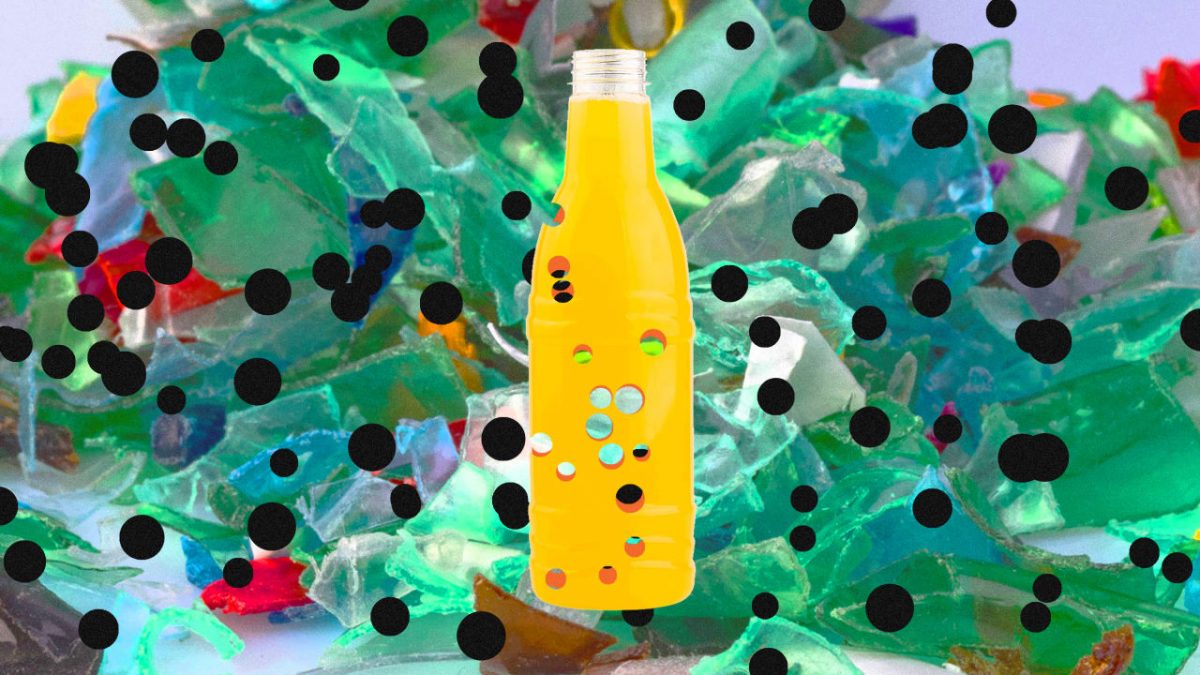 French startup Carbios has developed a mutated bacterial enzyme that can almost completely digest old plastic bottles in just a few hours—helping turn the material into the chemical building blocks to make new plastic. The company has been working with the enzyme in its factory, but now the idea of digesting plastic is getting a boost from the scientific community: A recent study published in Nature validates that the process works.

Unlike standard mechanical recycling, which “downcycles” plastic into a lower-quality material, the enzymatic process makes it possible to recycle a bottle into a material that’s equal in quality to virgin plastic made from fossil fuels. Mechanical recycling, which involves washing, shredding, and melting plastic, “is limited,” says Carbios CEO Martin Stephan. “To make a transparent bottle with that technology, you need a transparent bottle as a feedstock. And you cannot do that infinitely.” After six or seven cycles of recycling, the plastic might only be good enough to use for something like the plastic on the backing of a carpet, and eventually, it will have to be thrown away entirely.

“At the very end of its life, it will end up in a landfill or incinerator,” says Stephan. “So it’s not a solution for the end of life of plastics, whereas our solution is an infinite recycling solution.” The new process can also turn a black plastic bottle into a white polyester T-shirt, or turn blue polyester into a new green bottle.

The company’s scientists studied thousands of microorganisms at a landfill, eventually discovering some that had evolved enzymes that could break down PET plastic, the most common type of plastic (nearly 70 million metric tons are produced globally each year). The natural process happened slowly, but the team introduced mutations that made it faster. In 10 hours, with the new process, a metric ton of shredded plastic will be 90% degraded.

Even as many brands work to reduce single-use plastic, Stephan argues that plastic still has a place—it can reduce food waste by keeping food fresh longer, for example. But any plastic that remains in use has to be handled differently. That means better infrastructure to collect recyclables and better technology for recycling. “One of the solutions is to give value to waste which has low or no value,” Stephan says. “That’s exactly what we are doing. We’re convinced that by doing that we contribute to reducing plastics pollution, because instead of ending up in the environment, a post-consumer bottle will end up in a bin—there’s value somewhere in a recycling plant using our technology.”

Several large companies, including L’Oréal, Nestlé Waters, PepsiCo, and Suntory Beverage & Food Europe have already partnered with Carbios to help the company move to commercial production. But the company says that the validation of its technology in a respected scientific journal will help bring more partners on board.

The company is currently piloting the process in a large lab, and construction is underway on a demo plant that will begin operation next year to gather more data; the company will then begin to license the technology to plastics producers. Novozymes, a biotech company, will produce the enzyme at scale.

How Your Company's IT Group Must Change To Support Digital Transformation

The CIO agenda for the next 12 months: Six make-or-break priorities

Engineering the switch to digital

Preparing for Your Company’s First Meeting with a Startup Collaborator