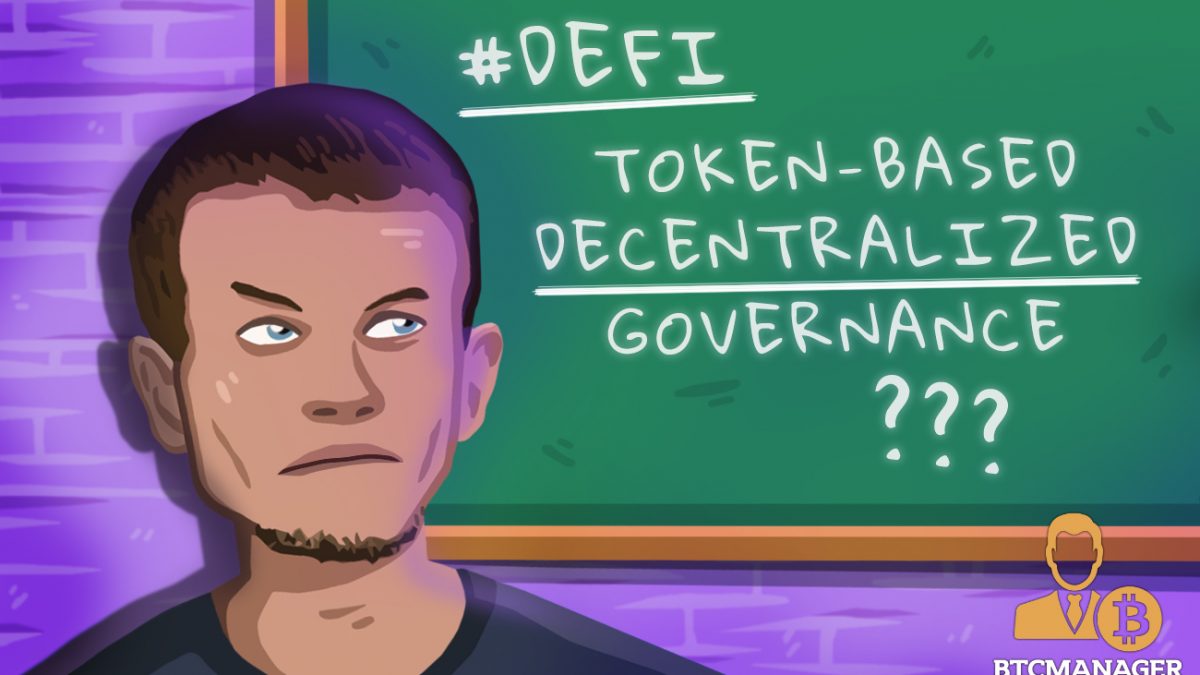 Vitalik Buterin has argued in a blog post published on August 16, 2021, that he thinks it is important for the decentralized finance (DeFi) ecosystem to move away from token-based governance and look into other forms of decentralized governance, as the former comes with way too many risks and shortcomings.

The Limitations of Coin Voting

While token-based decentralized governance (DeGov) model is presently the most most popular system of governance amongst DeFi protocols, with even projects initially created without a governance token hastily creating their own native token along the line, Ethereum’s Vitalik Buterin thinks it’s high time the DeFi space started looking into other better governance models.

Ethereum co-founder Buterin has stated categorically in a lengthy and highly technical blog post that despite the fact that decentralized governance makes the operations of blockchain projects somewhat easier since members of the community are often able to reach agreement on critical issues such as protocol maintenance, funding, and more, the current coin voting DeGov model adopted by these projects comes with huge risks that make it quite unsustainable.

Going further, Buterin talked about some of the shortcomings of the coin voting system of decentralized governance, including how it makes it easy for small groups of wealthy coin holders to gain full control of the project and its vulnerability to attackers, amongst other limitations.

“Blockchains serve a public much richer and broader than DeFi token holders. But our coin-voting-driven governance systems are completely failing to capture that, and it seems difficult to make a governance system that captures that richness without a more fundamental change to the paradigm,” he noted.

Mitigating the Risks of Coin Voting

Importantly, Buterin has suggested possible solutions to the issues associated with the coin voting DeGov model, including the implementation of limited governance, a system whereby on-chain governance will be used for only applications and not the base layer itself, governance is limited to very few parameters choices and the protocol becomes more fork-friendly, making it easier for users who do not agree with a particular decision to execute a fork.

Buterin has also suggested that DeFi platforms could adopt non-token-based governance models such as proof of personhood systems, that verify that accounts are owned by a unique person and assign only one vote per individual, proof of participation, a system that only allows persons active in the community to vote.

Thirdly, Buterin says DeFi platforms could replace coin voting with the “skin in the game” system that makes every individual responsible for their voting decisions.

“If you participate in governance even indirectly by putting your coins into a wrapper mechanism, then you may be held liable for the costs of your actions. This creates individual responsibility: if an attack happens, and your coins vote for the attack, then your coins are destroyed,” he explained.

Blockchain Will Revolutionize Insurance. Get Ready

Microsoft is shutting down its Azure Blockchain Service – ZDNet

NFTs are much bigger than an art fad. Here’s how they could change the world
Why Marketing Agencies Should Use Blockchain Technology - Entrepreneur
World’s eight-oldest bank to explore the launch of a digital currency (CBDC)