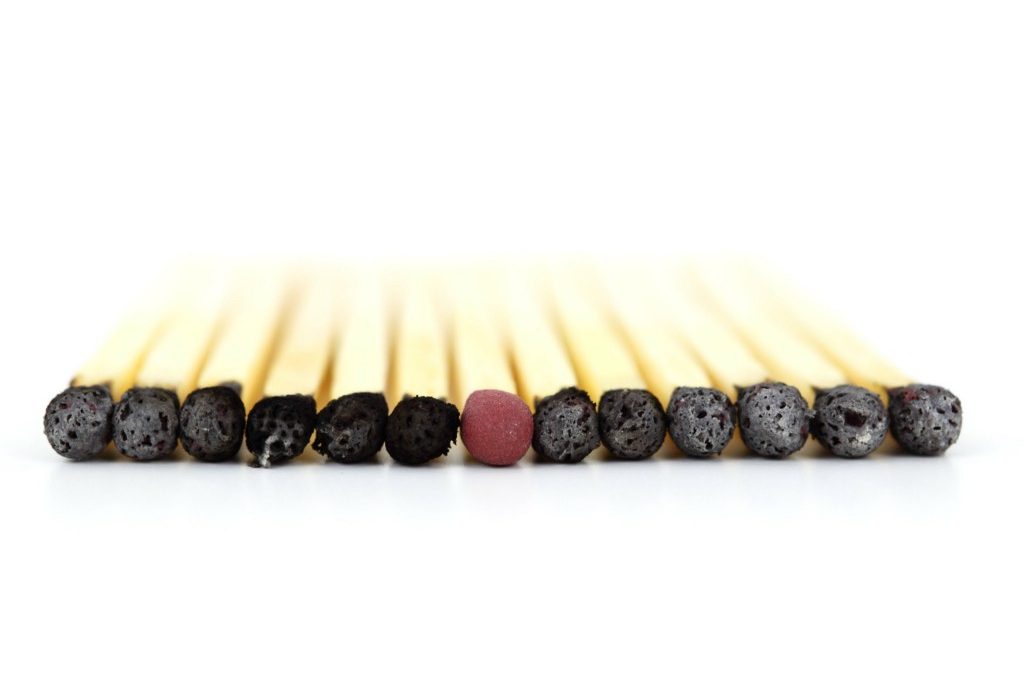 For many, earning more money in data science means moving into management.

Indeed, one study revealed that managers are “worth 1.75 employees.”

That statistic implies managers make almost 2x what non-managing employees make. Although the salary difference varies by industry and type of role, the point is clear: managers do typically get paid more.

But getting a promotion isn’t about management, necessarily. More to the point, the money is not in management. The money is in leadership.

Is management a type of leadership role? Absolutely. Should you be learning how to be a good manager to get those promotions? Not necessarily.

In this article, I want to cover some of the top skills I have learned over the years as I have gone from developer to manager to director of data science teams.

Directly underneath that image is a similar image but with no one sitting atop the box. Instead, there is an arrow pointing to the character in front with the label “leader” as the character points forward.

I like this image because it illustrates the value of leadership over management. In other words, leaders not only manage but also work to show the way. Due to its complexity, this quality is even more important for data science leaders.

1. Think in concepts, not tools and technologies

To effectively lead data science teams, it is essential to understand how the tools and technologies that you deal with as a developer relate to higher-order concepts. For example, databases like Google BigQuery are simply ways of storing some types of information. The concept is storage, the technology is BigQuery, the tools are SQL.

Leading teams requires that we adapt our thinking to set conceptual directions, with the understanding that the tools and technologies that can support that conceptual direction are up for debate. This is sort of like how academics use theories to develop hypotheses that help test their theories.

In business, the theories are conceptual models of how to bring more business value to a business problem. Leaders help to set those conceptual models while developers work on the various hypotheses to bring those models to life. The testing of hypotheses requires that we work with the specific tools and technologies available and so good developers are adept at applying those tools/technologies and linking them together, while leaders ensure they are meeting the conceptual direction to ultimately bring value.

I see it as a sort of funnel, with conceptual models at the top, hypotheses that are more specific in the middle, and all of it ultimately leading to production.

At the bottom of the funnel, are the operations people. Those who know a separate set of tools and technologies that can help turn the hypotheses that worked into actual products at business scale.

A data science leader understands these pieces while continuously ensuring they are being developed in ways that are consistent with the conceptual direction that she/he/they had set.

But results without interpretation have little business value. And leaders not only help create business value, but they also communicate that value from the excitements of their teams. In other words, leaders help to translate data science outputs in ways that help non-data scientists understand the business value their products bring.

Unfortunately for data science, being able to effectively communicate the business value of what excites data science developers is frustratingly difficult. Part of this difficulty arises from the fact that a lot of development is spent experimenting (see hypothesis phase in the funnel above). In addition, explaining how cool it is that we were able to create a graphical representation of our data to extract graph attributes as features to improve model accuracy is like speaking Klingon to a business stakeholder.

Thus, the importance of effective communication for data science leadership is even more important for the success of data science teams than it is for other teams. What this means is that data science leaders do not even attempt to explain what their developers are excited about. Instead, leaders wait for the collective excitement to cool. They reflect on the emotions that have been building around the execution of a conceptual model, and then they deliver an effective business translation of that value.

And what exactly is it that business stakeholders value? They value key performance indicators or KPIs.

What’s a KPI you ask? Well, what exactly a KPI is really depends on the specific business. That said, every business has a few KPIs that are defined in dollars. But knowing what the KPIs are is only half the battle.

Effectively communicating the value of data science means knowing how to connect data science efforts to those KPIs that a business values. Ideally, these are identified or at least broadly defined when setting the conceptual direction (see point 1).

Because data science rarely produces solutions that end users interact with directly, leaders must also understand what steps need to be taken outside of the data science team to properly communicate to the business who else must be involved to connect data science outputs to the specific KPIs that will determine business value.

With conceptual models identified, communication skills beefed up and translatable to KPIs, leaders must also know what resources are required to support their products. In the early days, insights derived from data science experiments may have been enough to justify their value to a business that was still trying to understand how they got to the insight in the first place. As the field has evolved, teams have grown, and salaries have risen there is increasing pressure on data science leaders to operationalize their teams’ efforts.

Thus, data science outputs must be embedded within the business products that the business directly profits from. Those embeddings can be in applications that improve user experiences or in workflows that help to create efficiencies with staff. Regardless of the application, these data science outputs are now interacting with production environments.

This means that data science products must adhere to business policies, service level agreements, and security protocols set up for production environments. As a result, it is increasingly important for data science leaders to understand DevOps and the resources required to support their products in true production environments. The importance of this new requirement can be seen in the rising call from businesses for MLOps specialists. MLOps specialists are people who understand how to bridge the efforts of data scientists with the requirements of production software systems. Data science leaders must know how to manage their development teams against the requirements of operational teams and adequately plan for developers to support their outputs that have gone to production.

At the end of the day, being a manager is not nearly as valuable as being a leader. Here I have provided just a few thoughts on key skills I have learned (and am still learning) to hone as I have advanced my leadership career in data science. As always, I look forward to your thoughts, feedback, and ideas.

Like engaging to learn more about data science, career growth, or poor business decisions? Join me.

Want to Make More Money in Data Science? Don’t Become a Manager, Become a Leader was originally published in Towards Data Science on Medium, where people are continuing the conversation by highlighting and responding to this story.

Why Leadership Training Doesn’t Work (And What Actually Does)

Trust Is A Keystone Of Digital Transformation

Exercising Wisdom in an Era of Ambiguity

It’s Time to Reskill Your Workforce

Five Predictions About The Future Of Employee Productivity