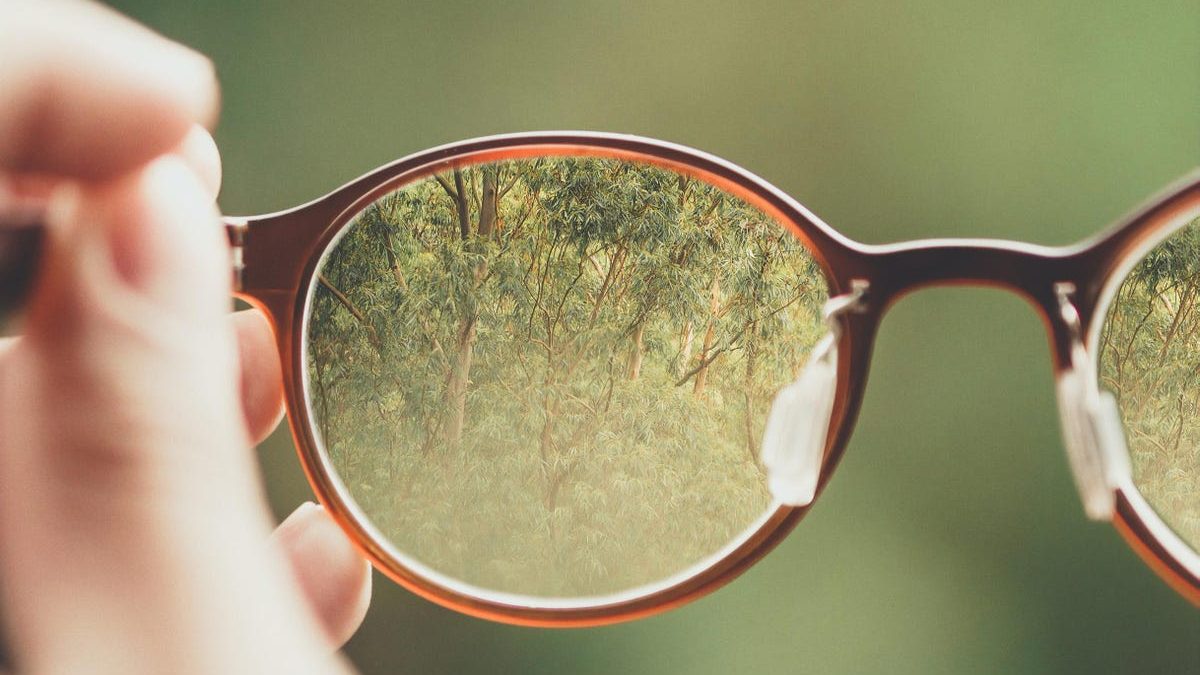 What Cognitive Biases Are Hampering Your Creativity?

Whether you work in a multi-national corporation, a small start-up, or a local non-profit, you need to deal with the future.

Sure, you can just tiptoe along and let the future slap you in the face. Or you can use your imagination and creativity to fashion the future you really want.

To do so, you’ll need to challenge your assumptions.

Of course, some of your assumptions may well have been true last year. But just as dubious as last year’s predictions about this year’s economy, those same assumptions may be worthless—or even dangerous—next year.

Geoff Tuff and Steven Goldbach understand the pitfalls in unchallenged assumptions. And they offer a smart alternative to backward planning in Provoke: How Leaders Shape the Future by Overcoming Fatal Human Flaws.

They’re both principals at Deloitte, and authors of the bestseller DETONATE: Why—And How—Corporations Must Blow Up Best Practices (And Bring a Beginner’s Mind) to Survive.

In the first part of this conversation, Geoff and Steve explained the effect uncertainty has on most people’s decision-making, especially decisions involving strategies for the future. They also explained how the Covid pandemic demonstrates the value of imagining how the future can be different from a linear extension of the past.

In this second part, the authors explore the cognitive biases that hamper decision-making and rob teams of the leadership they need.

Rodger Dean Duncan: What are some of the cognitive biases that can cause dysfunction in a leadership team?

Steven Goldbach: There are many cognitive biases that prevent teams from taking action in the face of emerging trends. For example, status quo bias, egocentric bias, and availability bias. And there are many others.

These are relatively well-known in the field of cognitive psychology. The basic principle behind all of them is that we are subconsciously biased to select and/or overweight some data over others for a variety of reasons. Sometimes it’s because we have an innate preference for the way the world is now (status quo bias).  Sometimes it’s because we prefer information that is more easily accessible—whether it’s because it’s physically what we see all the time (availability bias) or because it’s consistent with our current point of view (egocentric bias).

These biases interact with pervasive organizational tendencies we all see—the desire to be polite to each other in meetings to avoid embarrassment, the desire to avoid conflict, the tendency to double-down on existing bets., etc.  Much of it results in what we call the crumbling bandwidth of leadership and the structural dismantling of curiosity—not very positive attributes in the face of uncertainty!

Duncan: How can leaders expand their “peripheral vision” when dealing with workplace challenges and opportunities?

Geoff Tuff: There are lots of possibilities here, but the one we’d highlight is to increase the diversity of your workforce. The basic principle is that cognitively diverse teams – teams that think differently about problems – make better choices about complex and novel challenges. Why? The diversity of thought allows the team to see more dimensions of the problem because the human biases don’t create the same blind spots. This may be obvious but cognitive diversity comes from real-world human diversity – variability in ethnicity, race, background, gender, etc.

A diverse workforce alone won’t create better peripheral vision if it’s not coupled with an inclusive atmosphere, i.e., one where all people feel psychologically safe sharing their perspectives, unvarnished.

Duncan: What do you see as the most important steps a leadership team can take to replace inertia with smart, strategic action?

Goldbach: The first thing is exactly what we just discussed: immediately and vocally launch and sustain efforts to increase diversity, equity and inclusion. Beyond that, a lot of it comes back to actions that leaders as individuals can make, as opposed to leadership teams. For example, when making a point or asking something of others, explain your logic and ask others to explain theirs. We are both students of the work of Chris Argyris and we learned from him many years ago how critical “balancing advocacy with inquiry” is. And we’ve both discovered that’s not always an intuitive move. For both of us, learning to do that has been a career-long journey.

Another example—ask input from all levels of the organization on a wider array of matters. This builds on cognitive diversity and is an extension of a concept we wrote about in Detonate: the value of bringing a “beginner’s mind” to the table to look at issues from potentially new angles. Nothing stifles curiosity and exploration more than declarations from an expert, especially when that expert has the positional authority of being the most senior person in the room. Better to face uncertainty with the humility of someone who is consistently finding themselves in brand new territory. In fact, our experience suggests that the more certain someone is, with all the refusals to acknowledge any possibility they are wrong, the more likely they are to be wrong. If you can’t see the nuances, you probably aren’t looking hard enough.

Tuff: Of course, it’s critical that beyond discussion and seeking input, we take action differently as well. Look for things to stop doing as well as to start doing. Create a culture of acting without all available data, but doing so in a way that does not expose you to undue risk. Diversify your investments with recognition that the only thing we can be 100% certain about is our inability to accurately predict the future. So, we have to spread the chips to account for possibilities behind multiple, equally plausible versions of the future.

Duncan: You say the purpose of a “provoke mindset” is “to enable a series of minimally viable moves that continuously shape the trend as it unfolds.” What are those moves?

Tuff: Minimally viable moves are moves that are designed to be short relative to the problem’s timeline and designed with a learning objective in mind that takes a leader from one stage of the problem to the next.

We like these because many problems as complex as, say, launching a new business and are too hard to answer all at once. So, don’t try to do that. If you’ve got a new business idea, perhaps first focus on a learning phase to understand how customers respond to the closest version of the offer at scale. Then, if that’s successful, design a subsequent phase to determine whether your cost structure can scale so that the offer is economic. And so on. The trick is to boil each step down to the smallest testable hypothesis possible.

This principle can be applied to any type of problem, not just a new product launch. We’ve used it in the field of change management, system design, talent strategy and so on. The key is to always, always have a learning objective in mind.

Goldbach: The reason this is beneficial is that it corrects for two problems. The opposite of this approach is usually studying a problem for a long time and then launching with a “big bang.” Studying is bad for reasons we’ve highlighted earlier—by definition you are looking at historical data instead of current behavioral reactions. Second, you embed a ton of risk in the execution of that big bang, in addition to the quality of the idea. So, spread it out, scale it over time and increase the move size as you go. But act quickly.

Duncan: Can you give us a mini case study of a provoke mindset that resulted in a breakthrough business model?

Tuff: One of our favorite stories of this helps illustrate what it means to be a “serial provocateur.” Many in your audience may be unaware that three quite different businesses—Expedia, Zillow and Glassdoor—were all founded by the same person. Rich Barton is his name. At first blush, travel, real estate and job search are three fundamentally different industries that presumably wouldn’t all be prone to disruption by the same person. But Barton provoked the future for all of them based not on his industry expertise but on his business model expertise.

The key to success for all three companies—and clearly this is oversimplified for effect—is the democratization and dissemination of information. All those industries had in place a variety of structural barriers to data transparency before Barton arrived on the scene and those barriers were usually put in place—or at least supported—by incumbent players. What Barton did is demonstrate that not only is there demand for and utility in freer information flow, but that actually there were very few repercussions to putting it in the public domain. By making minimally viable moves in establishing and scaling these companies, he exposed that the vague belief that broadly sharing the price of comparable vacation trips or showing what people paid for their homes was somehow ‘bad’ or ‘illegal’ was nothing more than illusion. He provoked a new reality for consumers all over the world.

Duncan: How can leaders help create an operating culture that gives people permission and encouragement to adopt a provoke mindset?

Goldbach: We feel it’s only appropriate to end this conversation sharing a quote I learned while working at Forbes almost 20 years ago. I used to work for Jim Berrien, your former President, who told me to “always make an error of commission as opposed to an error of omission.” At the time, I was an impressionable kid and this left a mark. Jim gave me permission to act and held me accountable while making it safe. The team got more done as a result.

Many leaders create the opposite culture, where people don’t feel safe acting without consultation. Give people the space and safety to act and create the systems to course correct as you go.

Why neurodiversity is important

The Digital Transformation Struggle Is Real

Finacle: #DigitalTransformation strategy is nothing but the sum total of reimagined customer journeys. Read why sanat_rao believes talent is a more effective road for #banks to reimagine the customer journey in the latest issue of FinacleConnect: … https://t.co/veyZY61jSs

Leaders Need A Digital-First Mindset To Succeed. Here’s Why.
The importance of culture in scaling innovation
How Collaborative Intelligence Can Boost Business Innovation - SPONSOR CONTENT FROM MURAL