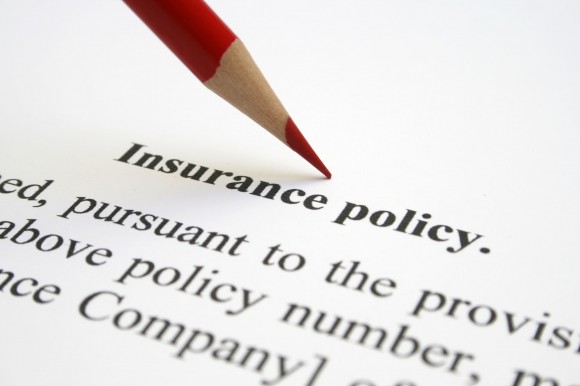 Soon after the attacks on the World Trade Center and other locations on the morning of September 11th, President Bush declared that the atrocities were “an act of war.” That statement prompted a call to me from a friend and influential member of Congress from Buffalo, John LaFalce, during which we both concluded that the attacks, those horrific, did not constitute an act of war. At least not in the insurance sense.

Of course, Bush was not speaking in terms of–or even thinking–the war exclusion contained in most property/casualty coverages. That language largely excludes coverage for acts of war by a sovereign. If he had meant it so, that could have meant that the insurance industry would not be on the hook for any of the losses arising from the attack. He surely meant it more figuratively, more to drive a point home and provide a sense of what we were up against. He did not mean that the industry would not have to go on to pay the $30-40 billion or more that they did shell out for everything from the business interruption claims to the rebuilding of the World Trade Center complex.

Over the weekend, our nation’s current chief executive, President Donald Trump, waded more deliberately into yet another discussion concerning business interruption coverage in times of crisis. As reported in Claims Journal and elsewhere, the President said that, of course, business interruption claims should be paid for COVID-19 losses. After all, businesses have paid lots of money into business interruption policies over the years, so why shouldn’t they cover the losses that have arisen in recent weeks. Only if a policy excluded “pandemic” would they be beyond reach, he opined, even acknowledging the presence of exclusions in typical insurance policies.

As the person who had to tell then-New York governor George E. Pataki that the WTC disaster was one event, not two, I consider myself somewhat practiced in the high art if not science of interpreting insurance contract language notwithstanding the populist pull of giving the people what they want regardless of what the contract might say.

Just like President Bush, perhaps you would expect nothing less from a President who is a former businessman who has an uncanny ability, critics aside, to actually understand much of what is actually happening on Main Street and to tap into the sentiment surrounding that reality.

One Event, Not Two

As a business owner I would want to agree wholeheartedly. My partners and I pay property/casualty insurance premiums, and it’s always nice to get a return somewhere along the way for all that investment. But as an insurance lawyer, former insurance regulator, and defender of the rule of law and the import of adhering to contracts that are drafted and signed by two parties committing to certain obligations, I am far less agreeable to the President’s position. As the person who had to tell then-New York governor George E. Pataki that the WTC disaster was one event, not two, I consider myself somewhat practiced in the high art if not science of interpreting insurance contract language notwithstanding the populist pull of giving the people what they want regardless of what the contract might say. The Governor, for his part, sought the right answer to the question and not the expedient one, even if it meant that $ 3.5 billion in insurance funds would not be forthcoming to the State.

The President, just like President Bush and so many other leaders, is paid to lead the country in times of crisis and they both have done well in that respect. But he is not an insurance contract expert, has not had experience from the other side of the claims table and was not thinking to himself when he said those words that he was providing a dispositive legal opinion on whether longstanding insurance policy language was sufficient to support a claim for business interruption benefits. He was giving a classically-Trumpian opinion as a long-time businessman and champion of Main Street as to what he thinks should be done with these policies. Of course, you would also not want him to opine or articulate that he thought that business interruption coverage does not apply. That opinion would suffer from the same shortcomings—from an insurance perspective—as well as be seriously politically tone-deaf.

His voice is certainly the loudest, but by no means is it the only one in the business interruption coverage debate. Many states have seen the introduction of legislation to virtually re-write business property coverages regardless of years of jurisprudence, regulatory oversight and industry practice. Some have even tried to annex the workers compensation system by presuming exposure to COVID-19 to be an industrial hazard. Lawsuits are already hitting the closed doors of courts around the country like newspapers thrown on one’s front stoop. The froth is palpable and the parties highly motivated to continue the drumbeat of a message that insurance is an untapped resource. Of course, if we had adopted this same philosophy to compel insurers to pay for the flood damage of any one of a number of recent storms that is clearly not in the typical property/casualty policy, or asked them to underwrite any war fitting into the exclusion definition within such contracts, this current discussion would be merely academic for there would be no property/casualty industry to target.

Ironically, the early recognition of the limitations in business interruption coverage in this crisis is likely to have served as a catalyst for the swift federal response to the burgeoning crisis in the form of the three pieces of relief legislation, including that to deliver relief checks to much of the population, and that to provide payroll protection and a long-term line of credit to businesses.

As in other instances, this crisis is likely to lead to changes in the way we cover pandemics. Some of that change may be reflected in new insurance contract language, a federal program like the terrorism or flood insurance programs, or some other special purpose entity. But that is for after the crisis, and not during it. Let the President continue to champion the needs of the public during this time in his speeches and tweets, but let’s not go crazy thinking that he is lending anything more to the claims process than President Bush did when he correctly said we were at war. These contracts will continue to be interpreted as they should be, will be upheld by a judiciary largely of Mr. Trump’s remaking, and a great many will be seen as not providing the kind of coverage the President might like to think they do.

Want to stay up to date?

Get the latest insurance news
sent straight to your inbox.

Technology and the home insurance revolution

Parametric Insurance: Is It the Future?

10 Factors which will reshape the Insurance Industry in 2021 and Beyond(Front, Middle and Back…