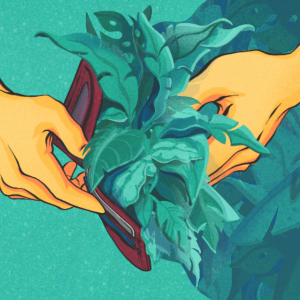 Why Most Tech Companies’ Sustainability Initiatives Cause More Harm Than Good The climate crisis is the single biggest threat to humanity, and while some industries are obvious contributors to this state of emergency, the tech sector’s climate impact has flown under the radar. In fact, its carbon footprint is now greater than that of the entire aviation industry.

Yet ambitious, forward-thinking tech leaders have been making net-zero pledges. Even the youngest startups are joining big names like Microsoft in committing to reach net-zero emissions and even going back to erase their historical lifetime emissions. Their employees, customers and investors are making climate impact an issue that only laggards now ignore.

But not all sustainability plans are created equal. Many companies lack clarity on what makes for a robust and meaningful climate strategy, and what actually has a fighting chance of saving our planet.

“Carbon neutral” claims rely on conventional carbon offsetting—offsets that pay others to stop emitting carbon dioxide while your own emissions continue to warm the planet. At worst, they’re based on flawed accounting methods and are outright fraud. These conventional offsets don’t count toward net-zero emissions.

Making a net-zero commitment means you are committing to a date by which your company will reach net-zero emissions. That means whatever you emit is balanced out by permanent carbon removal offsets—technologies that literally absorb carbon dioxide from the atmosphere and store it permanently.

These technologies—like direct air capture that uses fans to filter carbon from the sky and bury it underground—are in their infancy and expensive. They need early adopter buyers to help them scale to the gigaton scale we need to save the planet.

Who better to be early adopters than tech companies?

For a net-zero commitment to have integrity, you must account for all your company’s emissions, both upstream from your suppliers and downstream when your customers use your product (what’s known as Scope 3). Unfortunately, many corporate net-zero pledges cleverly omit big sources of Scope 3 emissions to be able to say they’ve reached net-zero, but 80 percent of a tech company’s emissions will be in Scope 3.

Look for pledges that say they’ve reached net-zero in their “operations,” but not yet their “value chain.” These pledges devalue the meaning of net-zero.

The planet doesn’t care what greenwashing brands do, even though the public might be fooled for the time being. The planet cares about how much carbon is being pumped into the sky and how quickly we stop doing that and start removing carbon.

Michelle You is the co-founder and CEO of Supercritical, a software platform that is fighting the climate crisis by helping businesses get to net-zero. A former venture partner at LocalGlobe, where she focused on climate investments, You is a repeat entrepreneur with a proven track record. As co-founder of Songkick, she grew the company to over 20 million monthly unique users and raised capital from Y Combinator, Index Ventures and Sequoia before exiting to Warner Music Group in 2017. The office as we knew it is dead
Social Marketing is Getting More Personal(ized)
AR You Ready For This Trend?
Tags #1_Trends_Bonus
DLT – Blockchain­

What is our hidden consumption of microplastics doing to our health?

Deep Learning and the Functioning of Artificial Neural Networks

It’s Time to Act – A Response to Marc Andreessen

Nature Is Changing Thanks To Tech
Smart Retail: A Renaissance with RFID
Future of IoT: 6 trends and predictions to watch